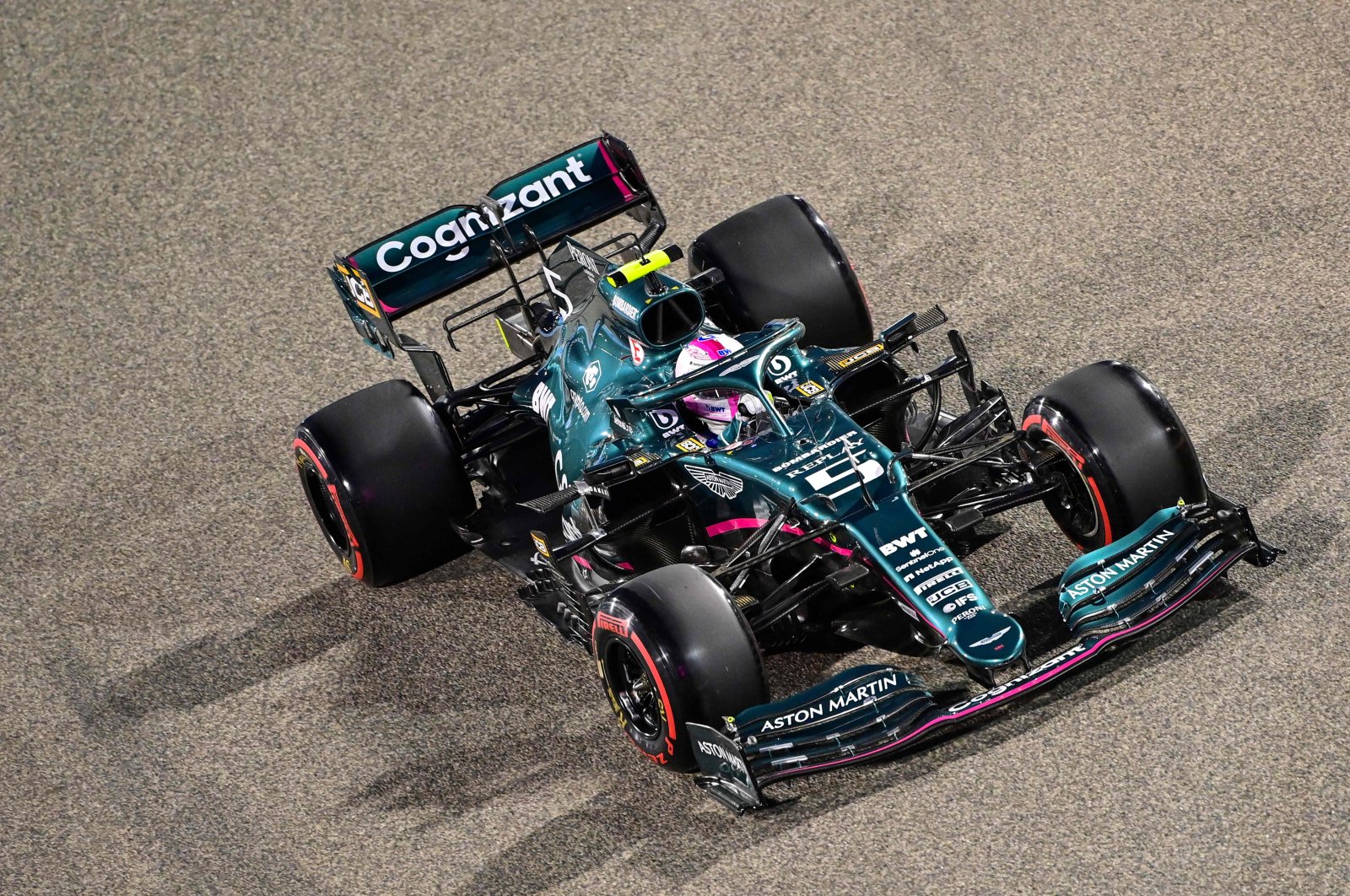 Sebastian Vettel will start his first race for Aston Martin at the back of the field on Sunday after being handed a five-place grid drop and three penalty points at the season-opening Bahrain Grand Prix.

Stewards found the four-times Formula One world champion, who has moved from Ferrari, failed to respect double yellow warning flags at turn one in Saturday's qualifying.

The 33-year-old German had qualified 18th but drops to last after the penalty.

Stewards said in a statement that Vettel had not abandoned his lap when Russian Nikita Mazepin spun ahead of him during the first qualifying phase.

"He (Vettel) explained to the Stewards that he saw the smoke ahead of him, but was unsure if it was a lock-up or a stopped car until he was quite close to the car and the smoke was lifting," they added.

"The driver would have received a warning on his dash and the team should have been able to see that the sector had been a double yellow and could have advised the driver as other teams did.

"While the argument that the driver was already inside the sector when it went double yellow evokes sympathy, the Stewards feel it is important to note that he was approaching an incident visible ahead of him."

Vettel joined Aston Martin with hopes of restoring some of the luster that faded during his last two years at Ferrari when he made glaring errors and was out-performed by teammate Charles Leclerc.

The Italian manufacturer with its bright red car remains the most iconic name in F1 history. But Ferrari has not won a drivers' title since Kimi Raikkonen in 2007 and its last constructors' title was in '08.