Petition against Tokyo Olympics gets thousands of signatures 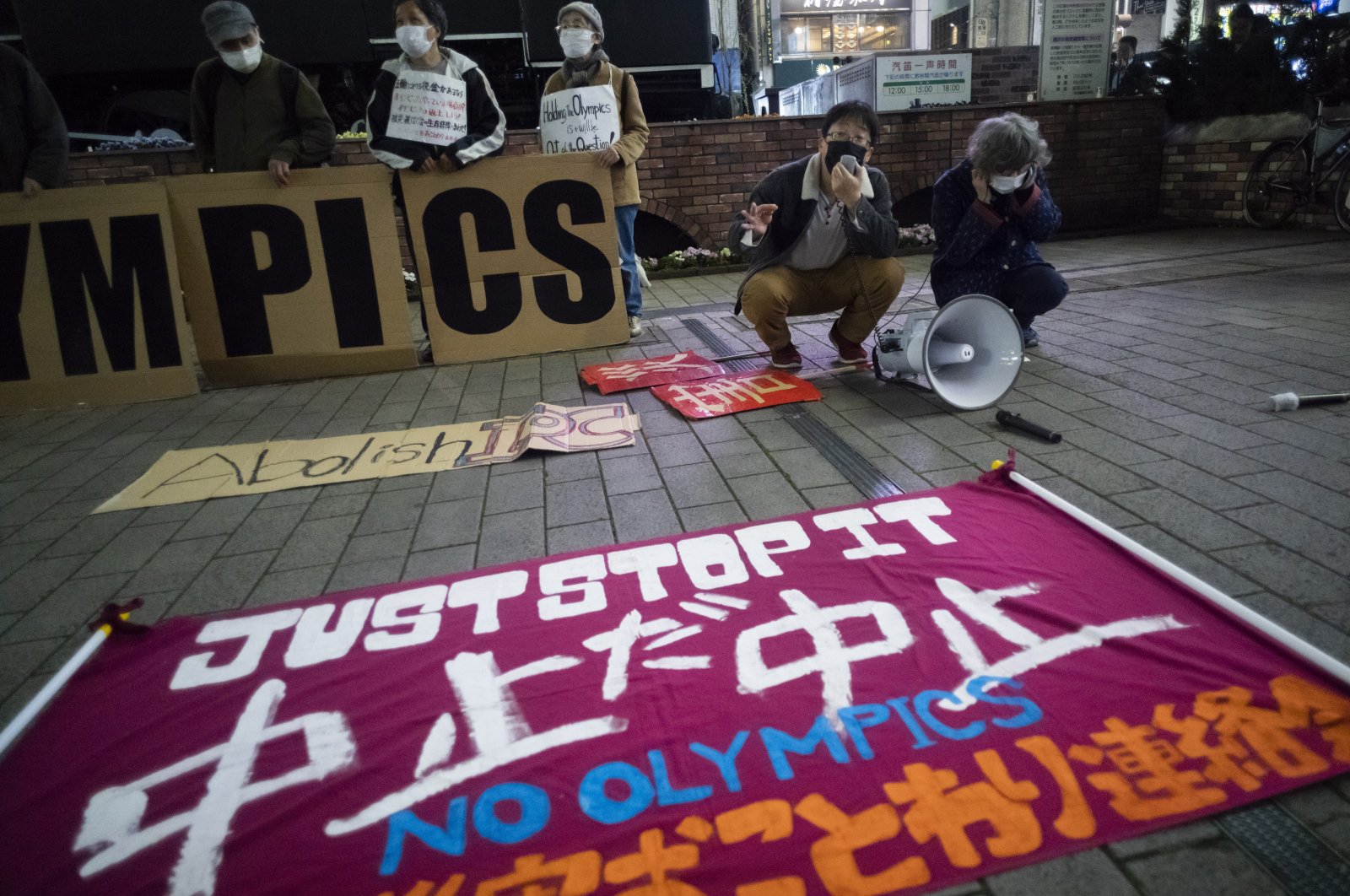 Protesters place a "No Olympics" banner in Tokyo during a demonstration against the Tokyo 2020 Olympic and Paralympic Games, March 25, 2021.
by ASSOCIATED PRESS May 06, 2021 3:09 pm
RECOMMENDED

Tens of thousands of people have signed an online petition calling for the Tokyo Olympics to be canceled amid a worsening COVID-19 situation.

The online petition gained thousands of signatures since being launched in Japan only days ago.

The rollout of the petition comes with Tokyo, Osaka and several other areas under a state of emergency with coronavirus infections rising – particularly new variants. The state of emergency is to expire on May 11, but some reports in Japan say it is likely to be extended.

The postponed Olympics are to open in just under three months on July 23.

The petition is addressed to International Olympic Committee President Thomas Bach, who has tentative plans to visit Japan later this month. He is expected to meet the Olympic torch relay on May 17 in Hiroshima, and perhaps also travel to Tokyo where small anti-Olympic are protests being planned.

Although 70-80% of Japanese citizens in polls say they want the Olympics canceled or postponed, there is no indication this will happen. Japanese Prime Minister Yoshihide Suga, Tokyo organizing committee president Seiko Hashimoto, and Bach have repeatedly said the games will go on as scheduled.

Organizers and the IOC unveiled so-called Playbooks last week, explaining rules for athletes and others to show how the Olympics can be held in the middle of a pandemic. Several test events have been conducted in the last few days, and organizers have reported few problems.

The Olympic torch relay has been crisscrossing Japan for a month. Organizers say that eight people working on the relay have tested positive for the virus.

The Tokyo Olympics have become a face-saving exercise for Japan, which has officially spent $15.4 billion to prepare them. For the IOC, the Tokyo Olympics are critical since 73% of its income comes from selling television rights.

Organizers say the Olympics will be "safe and secure," though this has been challenged by local medical specialists and in an editorial last month in the British Medical Journal. It said mass events like the Olympics are "neither safe nor secure.”

Organizers say they will need 10,000 health workers to support the Olympics. They have also requested 500 additional nurses – a nurses' federation balked at the request – and 200 sports medicine specialists.

The petition was organized by Kenji Utsunomiya, a lawyer who has run several times for Tokyo governor. It registered about 50,000 signatures in the first 24 hours after being launched.

"Government policies are being set with the Olympics in mind, and measures to curb the coronavirus pandemic are being neglected,” Utsunomiya told The Associated Press. "Hospitals are stretched thin, and some people are dying at home.”

The headline in English over the petition reads: "Cancel the Tokyo Olympics to protect our lives."

The petition suggests the Olympics cannot be held safely and says the games have drained finances away for other needs such as the rollout of a COVID-19 vaccine. Only 2% of the Japanese public have been vaccinated. Japan has attributed 10,500 deaths to the virus, good by global standards but not as good as many Asian neighbors.

"In order to host the Tokyo Olympics and Paralympics in July, we must devote a large number of medical professionals, valuable resources such as medical facilities and medical equipment, and various other resources,” the petition says.

In a survey conducted by the nationally circulated Mainichi newspaper, nine prefectural governors said they wanted the games canceled or postponed again. Most of the 47 governors declined to answer, saying they had no decisionmaking power.