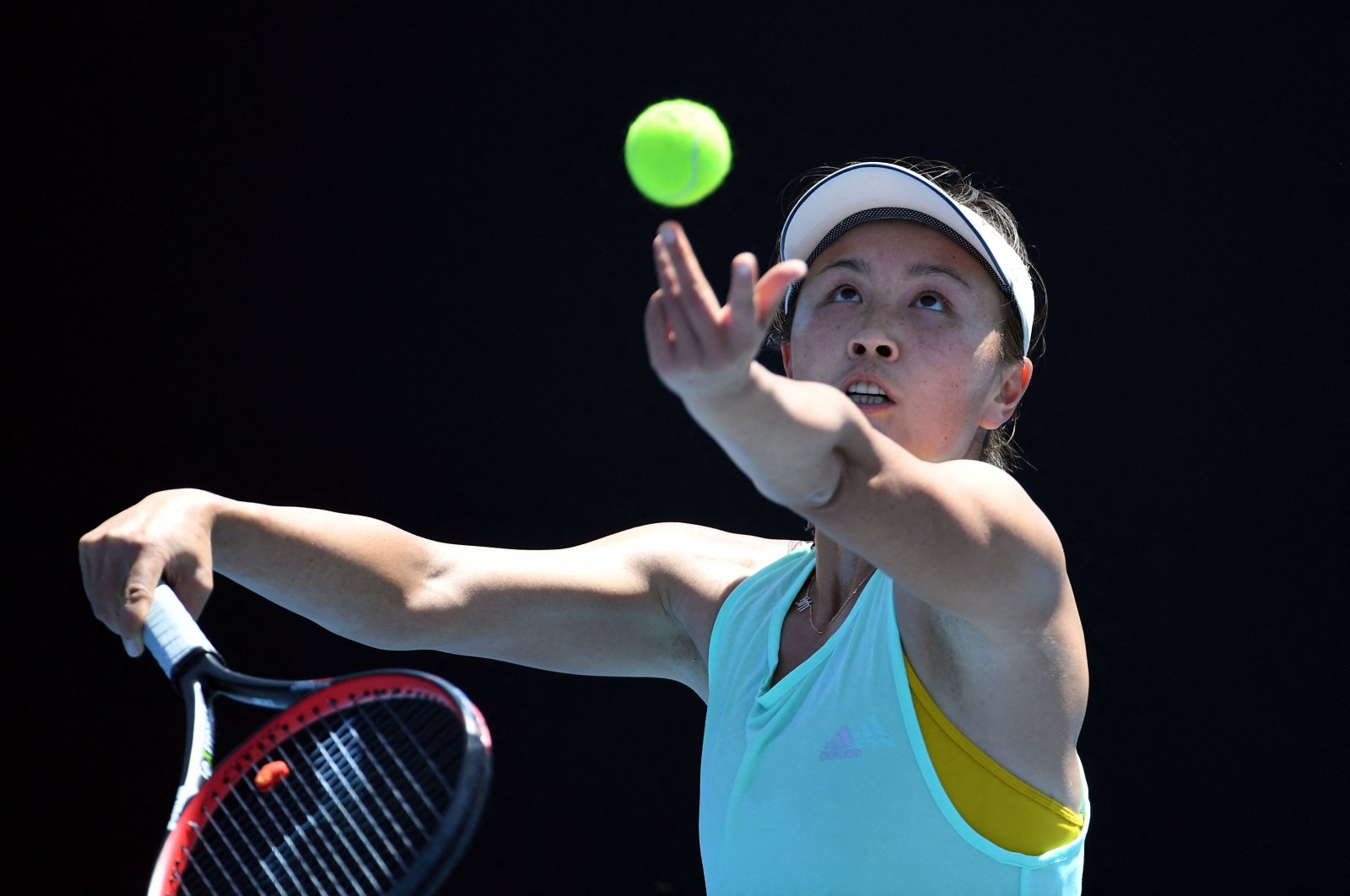 After weeks of speculations surrounding the safety of Peng Shuai, China on Tuesday responded, calling the controversy "maliciously" hyped up.

Peng, a Wimbledon and French Open doubles champion, was not seen for more than two weeks after she made the accusations against Zhang Gaoli, a former vice premier and one of the nation's most powerful politicians. Tennis players from all over the world expressed their concern after she wasn't seen in public and was believed to be incommunicado.

The 35-year-old Peng reappeared in public for the first time after she leveled accusations during the weekend when she was seen attending a Beijing tennis tournament.

"I think some people should stop deliberately and maliciously hype up (the controversy), let alone politicize this issue," said Foreign Ministry spokesperson Zhao Lijian in response to a question on whether the case affected China's international image.

Beijing will host the Winter Olympics in February. "I believe you have all seen that she recently attended some public events and had a video call with IOC (International Olympic Committee) president Thomas Bach," Zhao added. The comment is the most direct response from the Chinese government to Peng's case.

Until Tuesday, Beijing had repeatedly brushed off questions about Shuai's whereabouts and welfare – calling them "not a diplomatic issue." Evidence supporting her sexual assault claims has also been erased from China's highly censored internet.

The Women's Tennis Association (WTA) has threatened to end lucrative contracts with China until their concerns regarding Peng's safety weren't assuaged.

Peng appeared in a 30-minute video call with the IOC chief on Sunday.

The organization said in a statement that during the call, "Peng Shuai thanked the IOC for its concern about her well-being."

"She explained that she is safe and well, living at her home in Beijing, but would like to have her privacy respected at this time," it said.

Earlier Sunday, Peng was seen attending a Beijing tennis tournament, in official photos of the event.

But human rights groups and sporting authorities overseas have continued to voice concern about Peng and whether local authorities will act on her allegations.

"This video does not change our call for a full, fair and transparent investigation, without censorship, into her allegation of sexual assault, which is the issue that gave rise to our initial concern," the WTA said, when asked about the IOC call.

Human Rights Watch (HRW) also slammed the IOC and called for them to explain how the video call with Peng was organized.

"The IOC has vaulted itself from silence about Beijing's abysmal human rights record to active collaboration with Chinese authorities in undermining freedom of speech and disregarding alleged sexual assault," said Yaqiu Wang, senior China researcher at HRW. "The IOC appears to prize its relationship with a major human rights violator over the rights and safety of Olympic athletes."

A two-time Grand Slam doubles champion, Peng, alleged earlier this month that Zhang, now in his 70s, "forced" her into sex during an on and off relationship spanning several years.

Following a global outcry, including tennis players and the United Nations, Chinese state media reporters have released a flurry of footage purporting to show that all is well with Peng.

Peng's claims against Zhang were the first time China's #MeToo movement has touched the highest echelons of the ruling Communist Party.