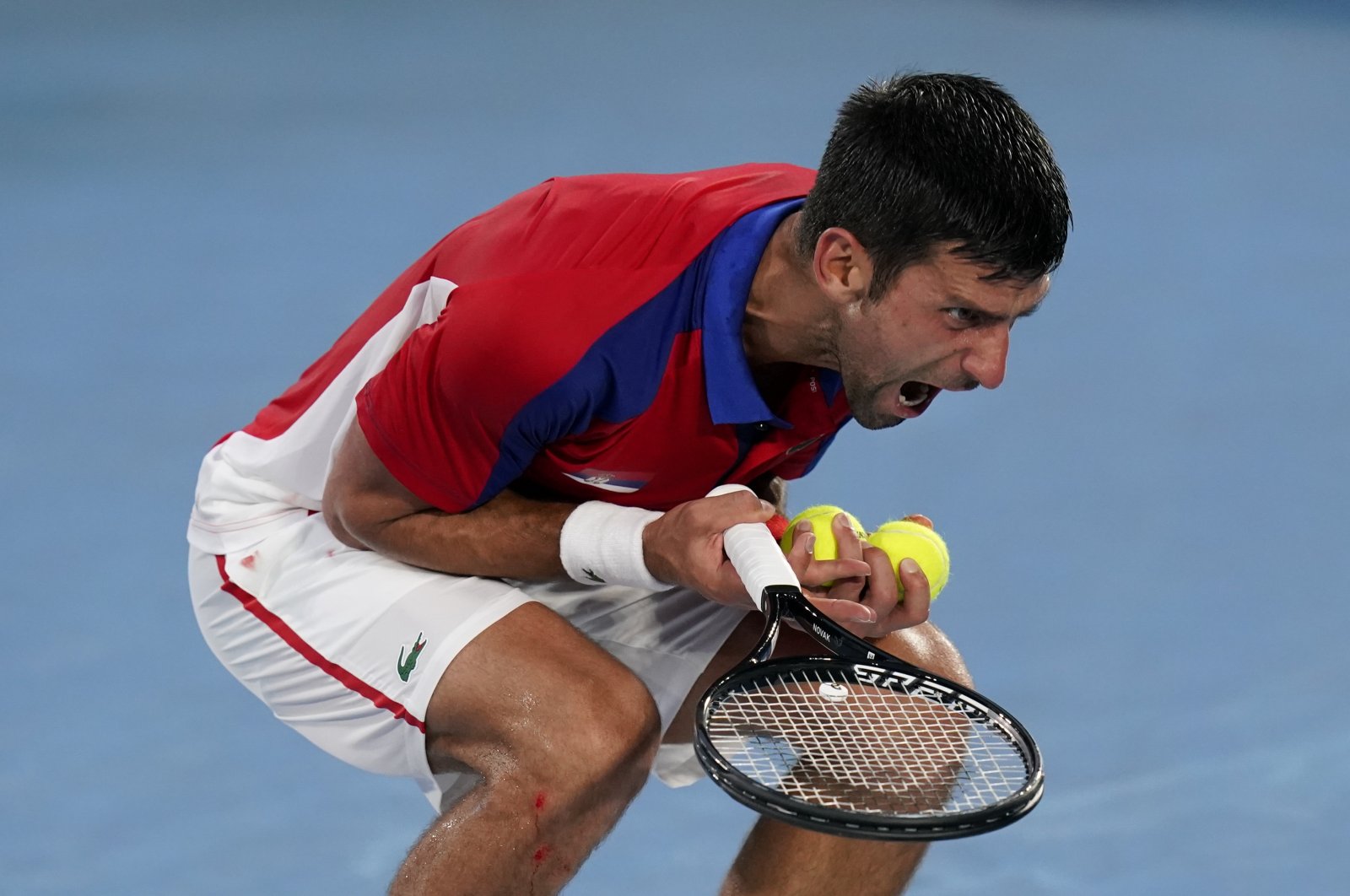 World No. 1 Novak Djokovic lost his chance to accomplish a Golden Slam as the Serbian failed to qualify for Tokyo 2020 tennis finals after losing 1-6, 3-6, 6-1 to Alexander Zverev on Friday.

Djokovic was attempting to become the first man to win all four Grand Slam tournaments and Olympic gold in the same year. He won the Australian Open, the French Open and Wimbledon this year and needed the Olympic and U.S. Open titles to complete the collection.

Steffi Graf in 1988 remains the only tennis player to achieve the Golden Slam.

Zverev’s opponent in the gold-medal match will be Karen Khachanov. The Russian beat Pablo Carreno Busta of Spain 6-3, 6-3.

Djokovic, who hadn’t lost since getting beaten by Rafael Nadal at the Italian Open final 2½ months ago, will play Carreno Busta for bronze.

On a humid and muggy evening at the Ariake Tennis Park, Djokovic committed a series of uncharacteristic errors after a strong start as the 6-foot-6 (1.98-meter) Zverev started to win free points with his big serve.

When Zverev hit a backhand winner down the line that Djokovic didn’t move for to close it out, Djokovic walked to the net where he was embraced by Zverev. Djokovic responded by resting his head on Zverev’s shoulder as the pair exchanged some words.

“I told him that he’s the greatest of all time,” Zverev said. “I know that he was chasing history, he was chasing (the) Golden Slam. ... We’re very close. ... So of course I’m happy that I’ve won, but in the end of the day I also know (how) he feels.”

Djokovic’s only Olympic medal was bronze in singles at the 2008 Beijing Games – his first. He could still win a gold at the Tokyo Games in mixed doubles.

Djokovic was due back on the court almost immediately to play with Serbian partner Nina Stojanovic in the mixed doubles semifinals against the Russian duo of Elena Vesnina and Aslan Karatsev.

It's the third consecutive day that Djokovic was playing two matches.

Viktor Troicki, Serbia's Olympic team coach, told The Associated Press on Thursday that the entire team was against Djokovic playing mixed doubles because they didn't want the event to tire him out with so much on the line in singles.

Without Djokovic, the gold-medal match in singles will be lacking star power. Zverev's best career result was reaching the final of last year's U.S. Open, while the 25th-ranked Khachanov is coming off a quarterfinal appearance at Wimbledon and is now in the biggest final of his career.

Zverev called it “maybe the proudest moment of my career so far.

The first medal of the tennis competition went to the New Zealand team of Marcus Daniell and Michael Venus, who took bronze in men’s doubles by beating Austin Krajicek and Tennys Sandgren of the United States 7-6 (3), 6-2.

Daniell and Venus became the first New Zealand players to win a medal in tennis since 1912, when Anthony Wilding took bronze in singles while representing Australasia. Wilding, New Zealand’s only Grand Slam singles champion with six titles, was killed during World War I in 1915 at the age of 31.