Djokovic sorry for 'errors' as fight to stay in Australia continues 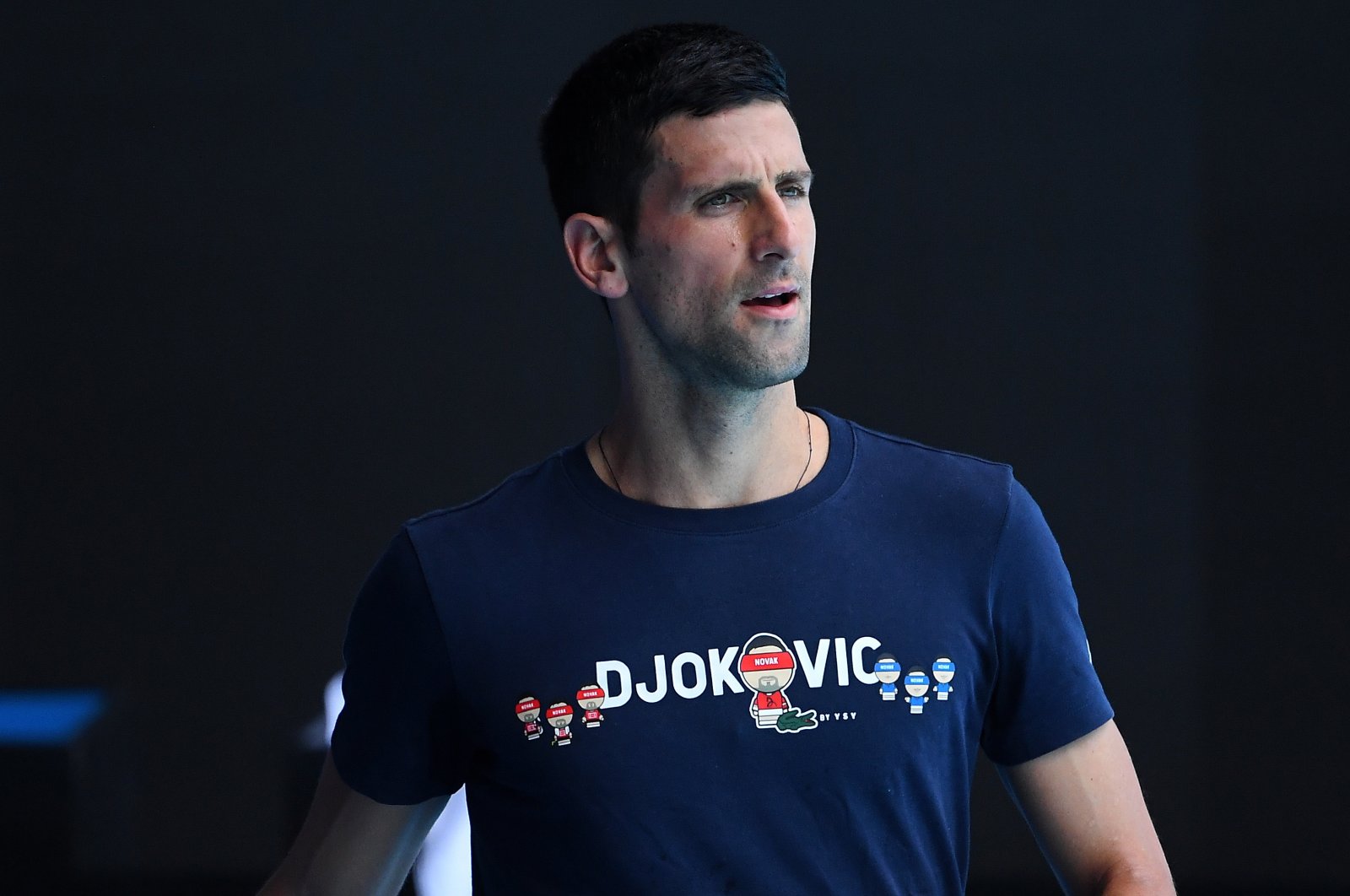 Novak Djokovic apologized Wednesday for "errors" in his travel papers and for not isolating after a reported coronavirus infection, as the world No.1 continued his battle to stay in Australia for the season's first Grand Slam.

The Serbian tennis superstar said his team had offered fresh information to the Australian government, which is pondering whether to cancel his visa, again, and throw him out of the country.

"We are living in challenging times in a global pandemic and sometimes these mistakes can occur," the unvaccinated 34-year-old said in a statement released as he practiced on the courts of the Australian Open, which starts Monday.

The Serbian star flew into Melbourne a week ago claiming a vaccine exemption because of a positive PCR (polymerase chain reaction) test result on Dec. 16.

Border agents rejected his exemption saying a recent infection did not qualify, tore up his visa and placed him in a detention center.

But the vaccine-skeptic Djokovic's high-powered legal team dramatically overturned the visa decision in court Monday on a procedural matter related to his airport interview.

In an update to Australian media, his spokesman acknowledged receiving "lengthy further submissions" from the player's lawyers.

"Naturally, this will affect the timeframe for a decision," he said.

Djokovic, a nine-time Australian Open champion, described reports about his post-infection outings in Serbia as "misinformation."

On the day of his claimed positive test in Serbia, he appeared at a ceremony to honor him with stamps bearing his image. The following day he attended a youth tennis event. He appeared at both apparently without a mask.

Djokovic, who made no mention of the stamp ceremony, said he only received the PCR test result after attending the children's tennis event.

But he admitted that he also went ahead with an interview and photoshoot with French sports newspaper L'Equipe on Dec. 18.

"I felt obliged to go ahead and conduct the L'Equipe interview as I didn't want to let the journalist down but did ensure I socially distanced and wore a mask except when my photograph was being taken," he said.

"On reflection, this was an error of judgment and I accept that I should have rescheduled this commitment."

The player said he also had two rapid antigen tests, which both returned negative results: one on Dec. 16 when he first suspected being infected and one on Dec. 17 before attending the children's tennis event.

The tennis ace also admitted a mistake on his Australian travel declaration, in which a box was ticked indicating that he had not, or would not, travel in the 14 days before taking his flight to Melbourne.

In fact, social media posts and reports show he flew from Serbia to Spain during that period.

"This was submitted by my support team on my behalf," Djokovic said.

"My agent sincerely apologizes for the administrative mistake in ticking the incorrect box about my previous travel before coming to Australia. This was a human error and certainly not deliberate."

In another twist, Australian media Wednesday seized on reporting by Germany's Der Spiegel newspaper that cast doubt over the tennis star's positive test.

The newspaper said it had scanned the QR code on Djokovic's Serbian PCR test, which it said delivered a negative result, only to change to a positive result an hour later.

It was not possible to independently verify the Der Spiegel story, and Djokovic did not refer to those specific issues Wednesday.

But the immigration minister may also annul the visa on broader character grounds.

If Djokovic knowingly dodged Serbia's quarantine requirement for positive cases, he could be judged to be a risk for potentially not complying with public health orders while in Australia, Levingston said.

Various options to appeal would be open for both Djokovic and the government, but at the end of the day, the immigration minister can exercise his personal power to cancel the visa.

Many Australians, who have endured nearly two years of travel bans, restrictions and rolling lockdowns, were angered when they learned of Djokovic's vaccine exemption.

Prime Minister Scott Morrison's government, which faces a general election by May, has been criticized over its handling of the affair.

Meanwhile, the WTA said Wednesday that Czech player Renata Voracova did nothing wrong after she was detained on the same "unfortunate" grounds as Djokovic and deported from Australia.

Djokovic's visa ban was overturned only after the government conceded it had acted unreasonably by not giving him the promised time to put his case at the airport.

Since then, Djokovic's COVID-19 test and his actions before touching down in Australia have come under greater media scrutiny.