Fans hungry for tennis as Djokovic's charity event sells out 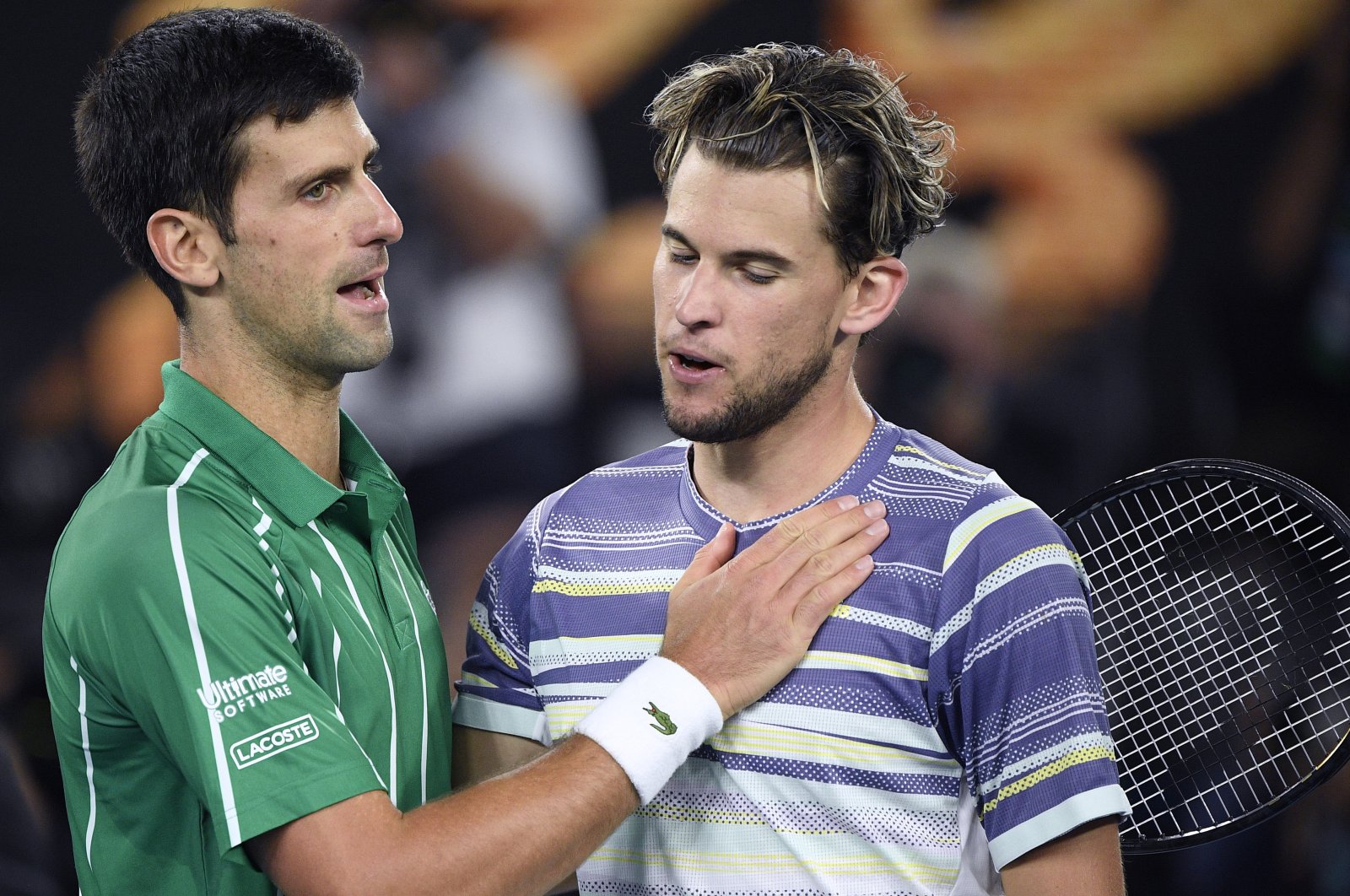 After being suspended for three months due to the coronavirus pandemic, top-level international tennis returns this weekend in Belgrade with a charity tournament hosted by world number one Novak Djokovic and where fans will be welcome.

The Adria Tour will be held until July 5 in Serbia, Croatia, Montenegro and Bosnia.

On the tournament's first stop, on Saturday and Sunday, the Serbian star will be joined by world number three Dominic Thiem.

The ATP and WTA Tours have been suspended since March due to the pandemic and will not resume at least until the end of July.

The French Open was postponed until September and Wimbledon was canceled for the first time since World War II.

The four tennis stars will play under regulations allowing up to 1,000 people to attend open-air sports events, which were introduced in Serbia on Monday.

The matches will be played at Novak Tennis Centre, financed by Djokovic's family, with a view of the Danube river.

Tickets sold out in seven minutes after they were put on sale online last Wednesday.

The event will be broadcast live in more than 100 countries, its director Djordje Djokovic, Novak's younger brother, said.

"Every spectator will get a mask at the entrance, disinfectants will be placed throughout the complex," Djordje Djokovic said.

Also, the entire center will be disinfected after every match.

"We are professionals in this sport and we want to play," said the 33-year-old Djokovic.

However, two tennis giants – Roger Federer, out for the rest of the year following knee surgery, and Rafael Nadal, who recently resumed training – will be absent.

"Taking the situation into account, I didn't have the nerve to call and invite them," said Djokovic.

Both Djokovic and Thiem were training during the lockdown.

"I had a tennis court so I could train every day," said Djokovic referring to his period of confinement in Spain, where he was staying with his family at a home in Marbella.

Thiem said he was the best-prepared player in Belgrade since he has played matches in Austria behind closed doors.

After the Serbian capital, the tournament will move to Zadar, on Croatia's Adriatic coast, where Djokovic and his peers will be joined by two Croatian tennis stars – former U.S. Open champion Marin Cilic and Borna Coric.

After Montenegro, the event will end on July 5 with an exhibition match between Bosnian number one Damir Dzumhur and Djokovic.

"In Sarajevo and Bosnia, people really love Djokovic... it will be an exceptional event for them, an ideal opportunity to see Novak up close," world number 107 Dzumhur said.

All the matches will be played on clay.

The money raised will be donated to various regional charities.

Balkan countries coped with the coronavirus pandemic with relative success.

The region of some 22 million people registered fewer than 24,000 infections and around 700 deaths.