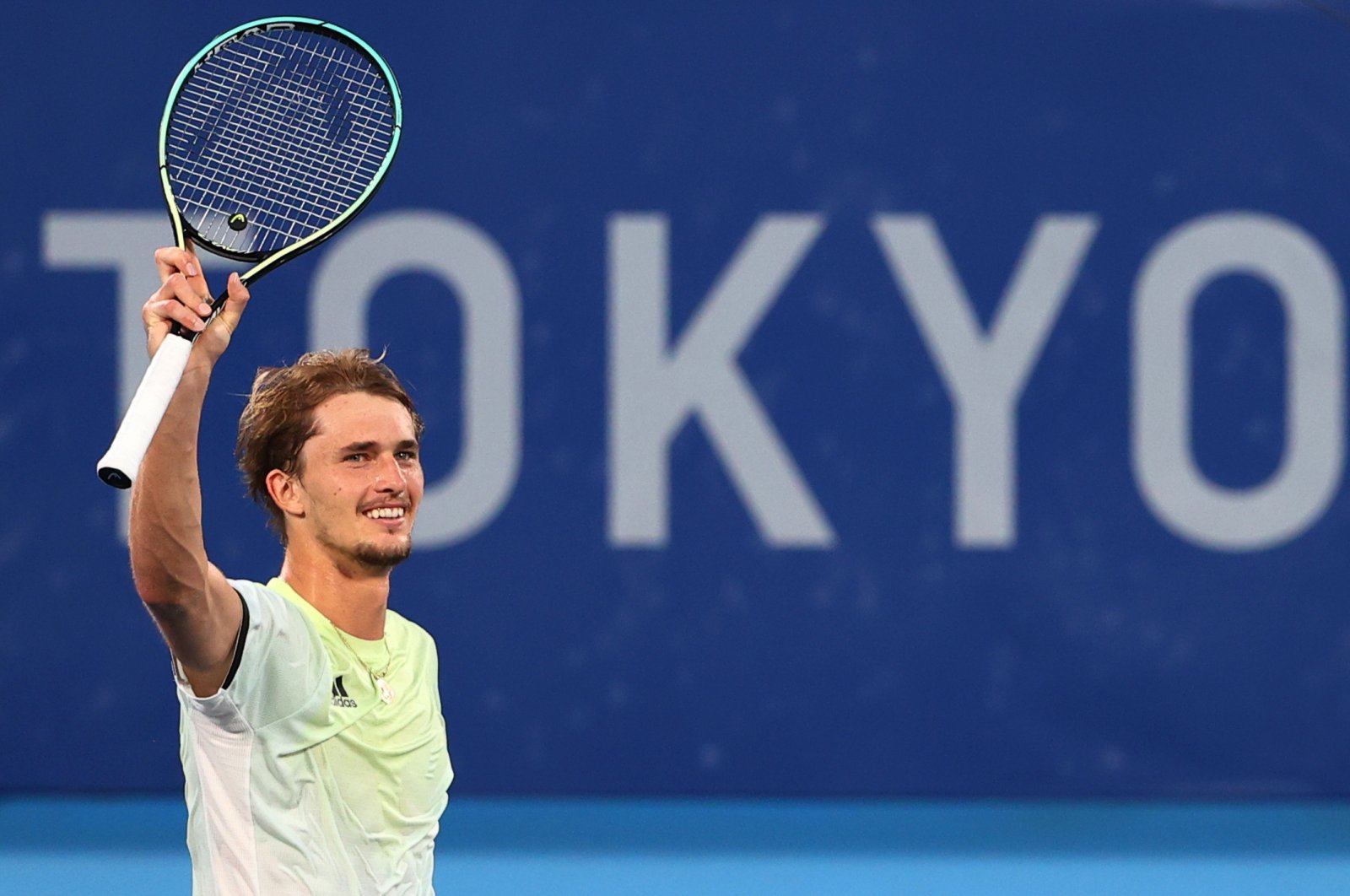 With the win, Zverev brought Germany its first tennis gold since 1992.

The fourth seed, who ended Novak Djokovic's Golden Grand Slam bid in the semifinals, produced a dominant display to win 6-3, 6-1 after just 79 minutes at the Ariake Tennis Park.

"I couldn't feel anything. I wasn't playing for myself. I was playing for my whole country," said Zverev, who fell to the ground in celebration after securing the win.

Zverev becomes only the second German to win an Olympic singles gold after Steffi Graf in 1988, while Boris Becker and Michael Stich took the men's doubles crown four years later.

The world No. 5 is still waiting for a maiden Grand Slam title after several near misses, including when he blew a two-set lead to lose to Dominic Thiem in last year's U.S. Open final.

However, the 24-year-old can add this victory to his 2018 ATP Finals triumph and his four Masters titles.

Khachanov had continued his return to form in Tokyo from recent weeks after reaching the Wimbledon quarterfinals, but this match proved a step too far.

"He played I think an outstanding match. He was just better today, all credit to him," said the silver medallist.

A small crowd of locals gathered to protest against the staging of the Tokyo Olympics outside the venue at the start of the match.

"I asked to do something about it ... I don't know exactly what the protest was about," said Khachanov. "It bothered me, it bothered him, but it was ok."

Zverev made short work of the final, crushing six aces and 16 winners past his overwhelmed opponent.

He struck first blood with a break in the third game and then importantly saved a breakpoint to take a 4-2 lead.

Zverev did not let up the pressure from there and brought up a set point in the ninth game, and although Khachanov recovered initially, a successful review gave Zverev a second chance.

He capped an excellent opening set as Khachanov sent a stretching volley spinning into the tramlines.

Khachanov, the world No. 25, may have hoped for some respite from the other side of the net early in the second set, but a blistering backhand winner up the line gave Zverev a hold to love.

The 25-year-old Khachanov's gold-medal hopes were all but ended as Zverev's brilliant backhand helped him into a 4-0 advantage as he broke again following a grueling rally.

A hold to love put Zverev on the brink of gold, and he held his nerve with some big serving – his gold medal confirmed on a first match point as Khachanov hit the net.

The defeat meant Bencic missed out on a second gold after winning the singles on Saturday.