Home hope Osaka wins but world No. 1 Barty dumped out of Olympics 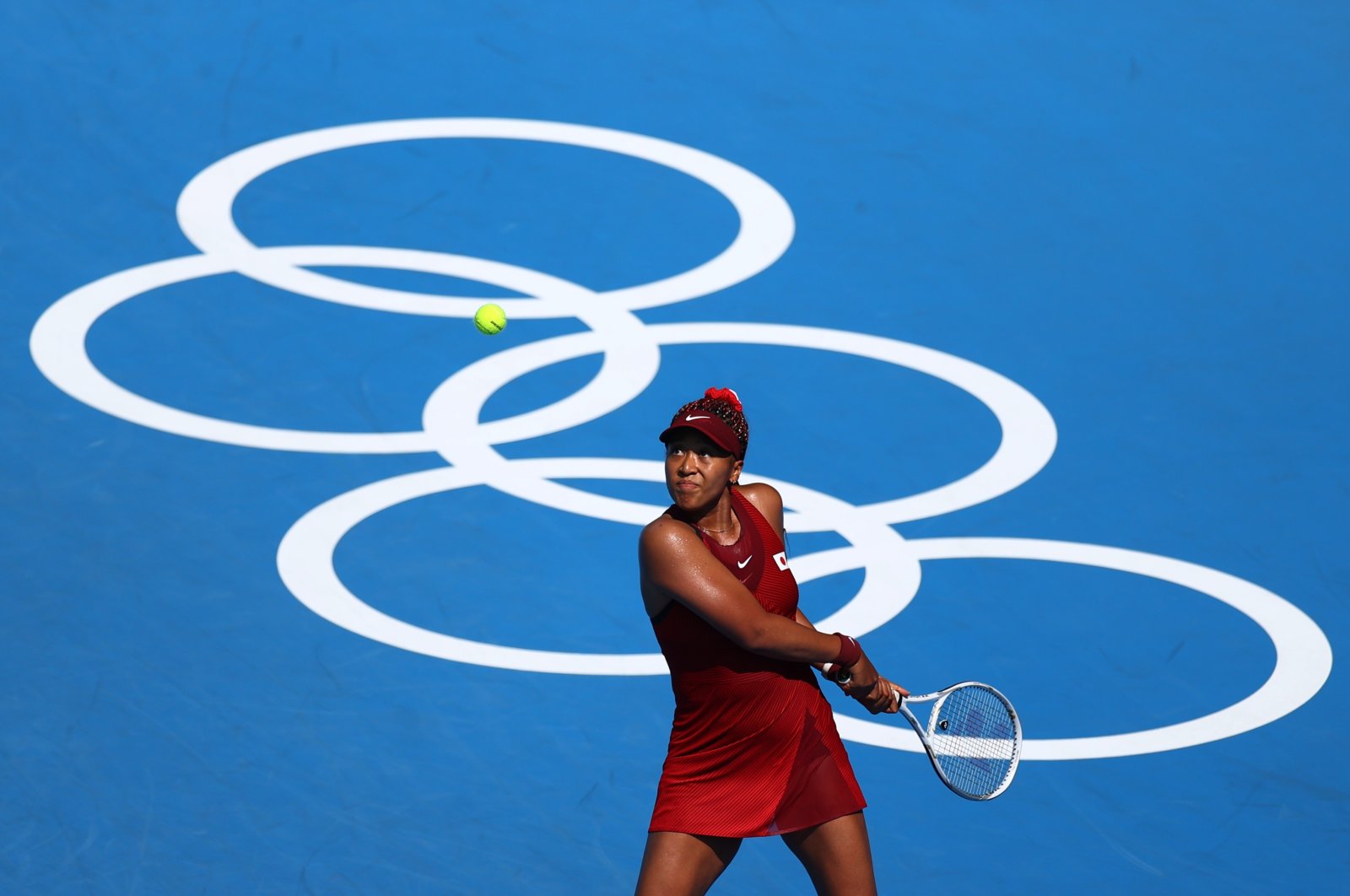 Japan's Naomi Osaka marked her highly-anticipated return to court with a straight-set win while world No. 1 Ashleigh Barty made a shock first-round exit at the Tokyo Olympics Sunday.

Osaka, the star of the opening ceremony, defeated China's Zheng Saisai 6-1, 6-4 in her first match since taking an eight-week break for mental health reasons.

"I felt really nervous being in Japan and playing here for the first time in maybe two years, and for it to be my first Olympics," said Osaka, chosen as the first tennis player to light the Olympic cauldron Friday.

"It was definitely really nerve-wracking. But I am glad I was able to win, she is a very tough opponent."

"I feel like more than anything I'm just focused on playing tennis. Playing the Olympics has been a dream of mine since I was a kid," she added.

"I feel like the break that I took was very needed, but I feel definitely a little bit refreshed and happy again."

The Australian Open champion had not played since May, when she walked out of Roland Garros saying that media commitments were harming her mental health.

Osaka showed few signs of rust as she reeled off the opening five games on the Ariake Coliseum center court, which likely would have been packed to capacity if not for a spectator ban because of coronavirus restrictions.

The second seed broke the 52nd-ranked Zheng for a 2-1 lead in the second set and closed out an 87-minute victory on her third match point.

The 23-year-old Osaka is attempting to become Japan's first Olympic tennis champion. She will play Switzerland's Viktorija Golubic in the last 32.

Osaka is now the clear favorite for gold after Barty, the reigning Wimbledon champion, dropped serve twice in each set and made 55 unforced errors in a 6-4, 6-3 loss to Spain's 48th-ranked Sara Sorribes Tormo.

"I'm disappointed I wasn't able to get through today, it just wasn't my day," said Barty.

"I never really felt comfortable out there and wasn't able to play the match on my terms. I was a bit erratic and made too many errors."

Sorribes Tormo will go on to face France's Fiona Ferro in the second round.

"It's an amazing feeling, I still can't believe it," she said.

Barty out as Murray withdraws

Barty fell a double break behind at 1-4 in the opening set and failed to convert two points to level in the eighth game as Sorribes Tormo held firm.

The pair exchanged breaks to begin the second set, but Barty wilted on another hot day in Tokyo and Sorribes Tormo won the final four games to advance.

Defending champion Andy Murray withdrew from the men's singles due to a quad muscle strain just hours before he was scheduled to play Felix Auger-Aliassime.

Murray, 34, will stay in Japan to play doubles with Joe Salisbury. The pair won their opening match of the competition on Saturday.

"I am really disappointed at having to withdraw but the medical staff have advised me against playing in both events, so I have made the difficult decision to withdraw from the singles and focus on playing doubles with Joe," Murray said in a Team GB statement.

Three-time Grand Slam champion Murray is the only player to win two Olympics singles titles (2012 and 2016). He was replaced in the draw by Australia's Max Purcell, who beat ninth seed Auger Aliassime 6-4, 7-6 (7/2).