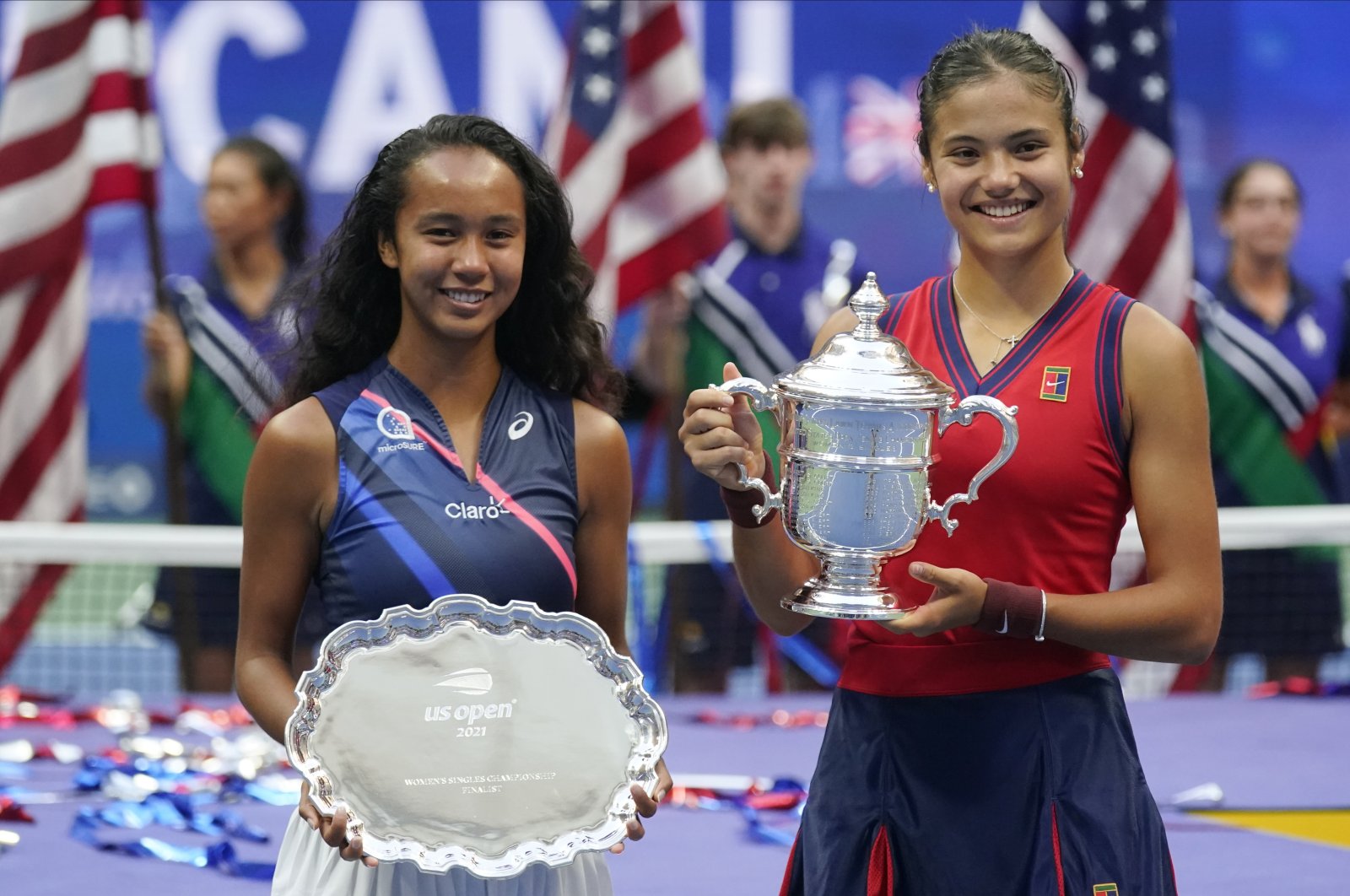 The 2021 U.S. Open women’s singles final was one for the history books and not just because of the fact British 18-year-old Emma Raducanu beat Canada’s Leylah Fernandez, 19, to become the first qualifier to win a Grand Slam.

Both finalists, still in their teens and virtually unknown outside tennis circles, outplayed their more experienced counterparts. Their energetic, exhilarating and at times off the book approach to tennis will usher in a new era for women’s tennis.

Besides their age and approach, both Raducanu and Fernandez have one more thing in common. They both share mixed, immigrant backgrounds and their stories will be celebrated not just in their countries of residence but across the world.

People will be watching in Asia: The 18-year-old Raducanu's mother is from China and the 19-year-old Fernandez's is Filipino Canadian.

And in Latin America: Jorge Fernandez is from Ecuador.

And in Europe: Raducanu's father is from Romania.

And, of course, in Canada: Fernandez was born in Montreal (although she has been based in Florida for several years); Raducanu was born in Toronto and still holds a passport from that country (her family moved to England when she was 2).

“I just think that the matchup and what we’re seeing – those two ladies are touching a lot of young girls,” said Jorge Fernandez, Leylah’s father and coach before the final.

On her way to winning the final, Raducanu has thanked her Chinese-born mother for teaching her discipline and respect for others.

"I think for me, having a Chinese mum, she definitely instilled from a young age hard work, discipline," she said.

The teenager also hailed the values she learned from her Chinese cultural heritage for providing her with more confidence.

"I think the confidence comes from just inner belief," she had told British Vogue in a personal interview.

"My mum comes from a Chinese background, they have very good self-belief. It's not necessarily about telling everyone how good you are, but it's about believing it within yourself. I really respect that about the culture," she said.

She added that her migrant parents can be hard to impress.

"They're very tough to please and have high expectations ... so that's a big driving factor as to why I want to perform.

"I think they've done a really great job. (After Wimbledon) I was straight back to work. And I think that's a result of many years of them just being super-focused, and not getting too high, but at the same time, not getting too low when the losses come," Raducanu said.

Fernandez was relatively unknown in the Philippines and Ecuador before beating defending champion Naomi Osaka in the third round. She has since drawn plenty of attention from local media in both countries, with mentions of her family's roots.

Char Abalos was among the fans who woke up early Friday in Manila to watch Fernandez beat No. 2 Aryna Sabalenka in a semifinal match that took place Thursday night in New York.

“She looks very calm but at the same time cheerful in the court,” Abalos said, noting that many tennis players are often quick to frown. “Leylah is so calm, just making sure that the crowd is enjoying,” he told the Associated Press (AP).

On the eve of her finals game, Fernandez’s dad and coach, Jorge, revealed to the media he's glad that Leylah has gained fans in the Philippines.

"I truly appreciate the Filipino community backing up Leylah," Jorge said. "She's got Filipino blood in her. It's so beautiful. I'm glad that they've embraced her. I hope that relationship can only grow between her and her community,” he said.

“I see they’re both (Fernandez and Raducanu) bringing a type of game that is not common right now on the circuit.

“I see that they bring a flair that is very unique for them. I’m glad that they’re touching the Asian community. I think that’s a huge opportunity in the women’s game,” he said.

“I’m getting messages about, ‘Please pass this to Leylah,’ little girls saying, ‘You’re making us believe’. This can only be good for the tennis game and the WTA altogether,” he added.

The West is embroiled in a deep crisis over growing anti-immigration sentiments and the rise of the far-right, only made worse by the ongoing coronavirus pandemic. In Canada and the U.S., in particular, anti-Asian sentiments have been on the rise.

However, just like Uğur Şahin and Özlem Türeci, the Turkish-German couple behind the Pfizer-BioNTech COVID-19 vaccine, have won widespread praise, Raducanu and Fernandez's achievements will also help eradicate unfounded fear and misinformation about immigrant communities in their host countries, not just in Canada, the U.S., the U.K. or Germany, but around the world.