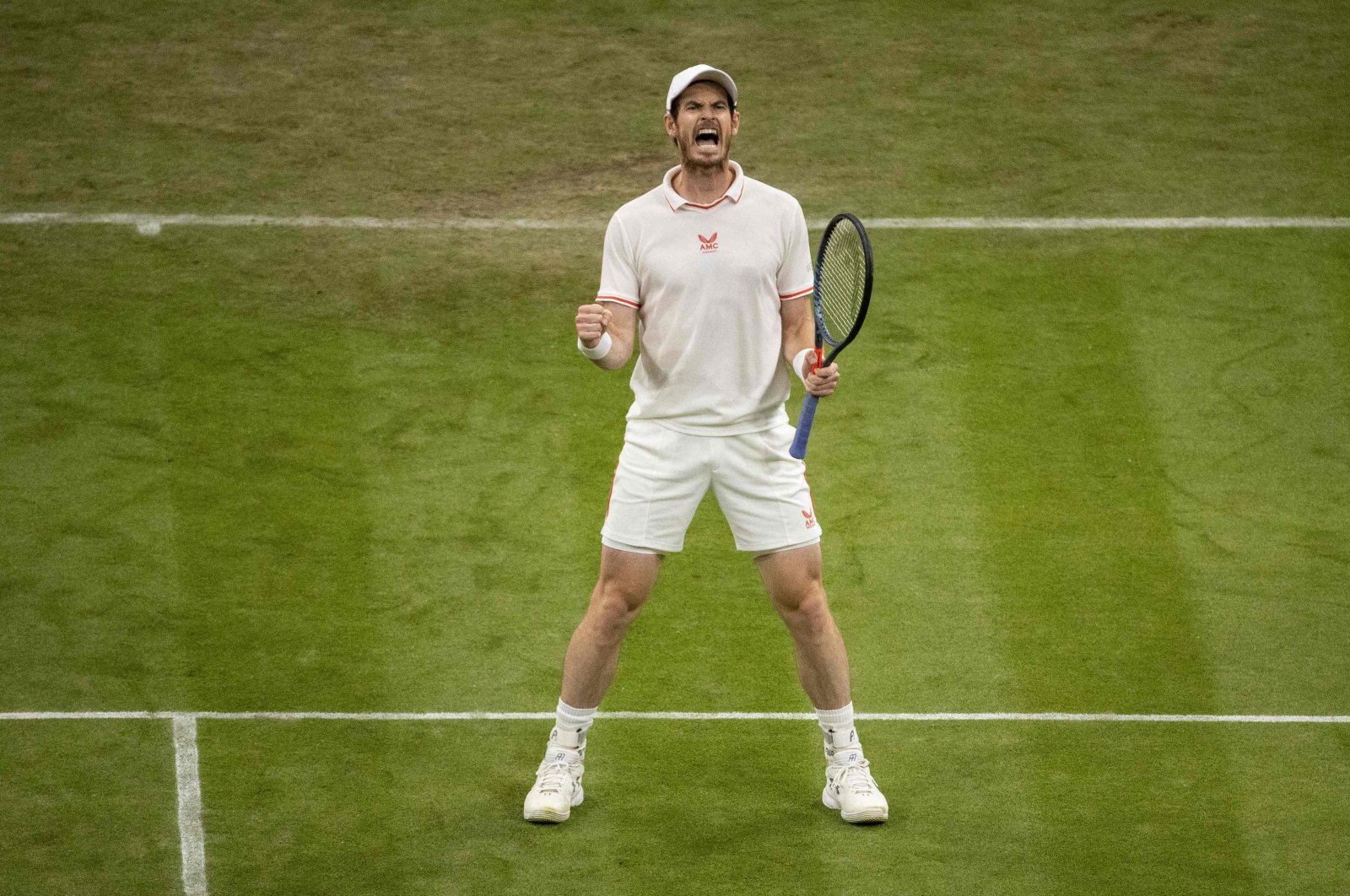 The British star, playing in the singles event for the first time since 2017, and ranked a lowly 118 after suffering hip and groin injuries, avoided what would have been his earliest exit from the tournament.

"What an atmosphere to play in at the end," said 34-year-old Murray after seeing off his 151st-ranked opponent.

"I needed everyone's help tonight. I did a great job, played some top shots at the end but it was a tough match."

Murray, who became the latest player to slip and fall on the Centre Court surface, will face Canadian 10th seed Denis Shapovalov for a place in the last 16.

He fell on at least five occasions on Centre Court, the day after Serena Williams suffered a tearful, tournament-ending injury due to similar slips.

Djokovic, 34, cruised to victory over the man he defeated in the 2018 final without facing a single break point and committing just six unforced errors.

"I have a nice connection with the crowd," said Djokovic.

"I also seem to be having a really nice connection with the grass. I don't recall falling so much in the first two matches at Wimbledon."

Australian firebrand Nick Kyrgios, ranked 60, but a quarterfinalist on debut in 2014, won his first match since the Australian Open in February, defeating French 21st seed Ugo Humbert before declaring: "Not bad for a part-time player."

"Ugo is an incredible kid and I knew I was a massive underdog," said Kyrgios after firing 23 aces and 51 winners past the Halle champion.

Kyrgios also shrugged off an ugly-looking fall in the 13th game of the final set when his right knee buckled beneath him.

On Tuesday, he was overheard muttering that Court One was "a joke."

As the tournament played catch-up after two days hit by rain, recriminations continued over the state of the All England Club courts.

Williams said she was "heartbroken" to have had to withdraw as her pursuit of Margaret Court's record 24 Grand Slam singles titles was again thwarted.

Her fall came not long after French player Adrian Mannarino had slipped and hurt himself on the same part of Centre Court on Tuesday.

He too had to retire with his match against Roger Federer level at two sets apiece.

Despite the criticism, the All England Club insisted that the courts are up to standard.

"The preparation of the grass courts has been to exactly the same meticulous standard as in previous years," the club said in a statement.

"The grass plant is at its most lush and green, which does result in additional moisture on what is a natural surface."

Fourth seed Sofia Kenin was knocked out in the second round, losing 6-2, 6-4 to fellow American Madison Brengle.

Fifth-seeded Bianca Andreescu of Canada also exited, 6-2, 6-1 at the hands of France's Alize Cornet in the first round.

Andreescu, the 2019 U.S. Open champion, is still to win a main draw match at Wimbledon having lost in the first round as a qualifier in 2017.

Venus Williams, the 41-year-old five-time winner, was beaten in the second round by Ons Jabuer in straight sets.

Jabeur is the first Tunisian woman ever to reach the third round at Wimbledon.