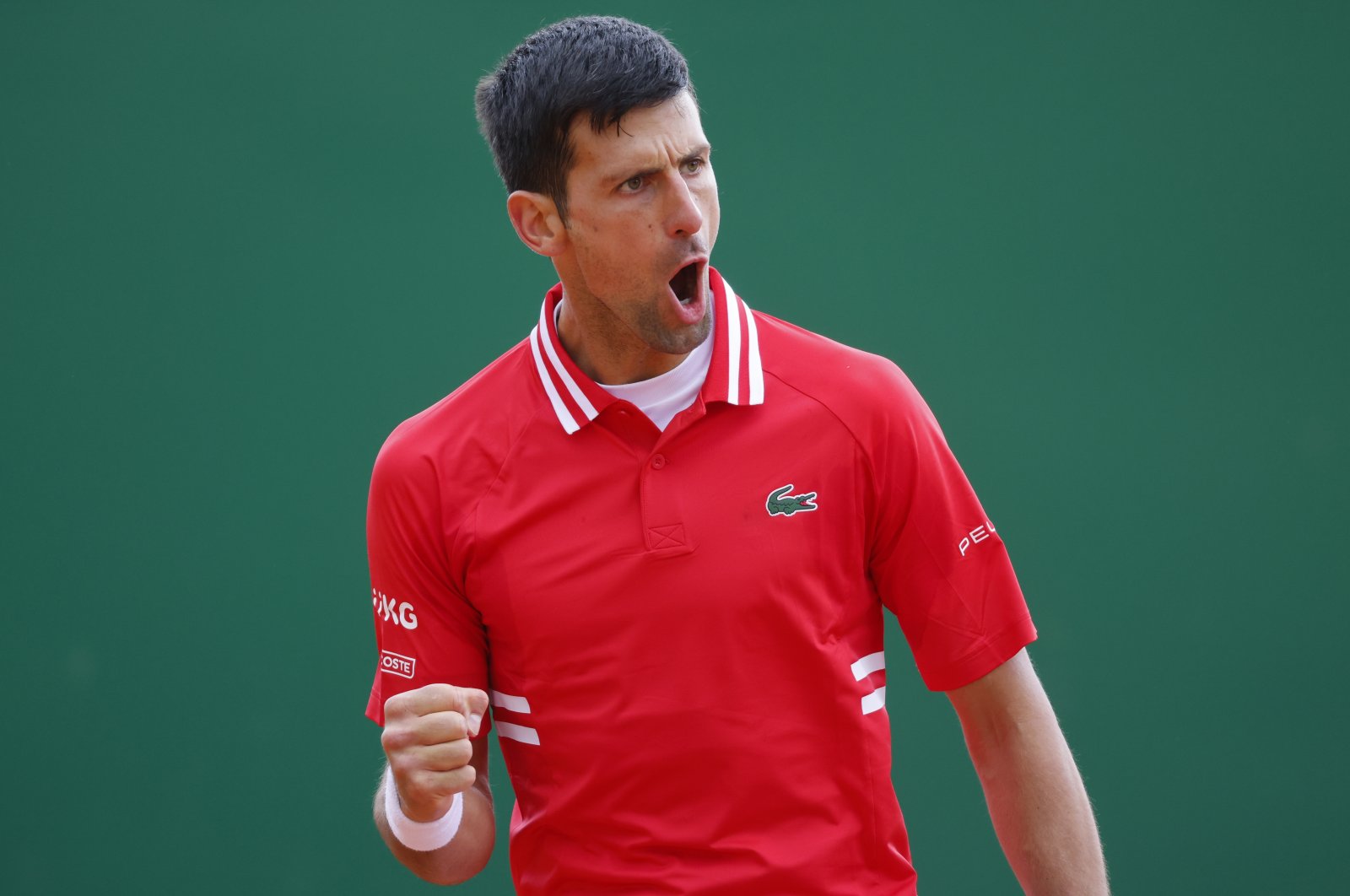 World No. 1 Novak Djokovic was off to a perfect start as he eased past Italian teenage sensation Jannik Sinner 6-4, 6-2 in Monte Carlo on Wednesday.

This was the Serbian's first appearance since claiming the Australian Open back in February.

And the man he is seeded to meet in the final, Rafael Nadal, encountered even less resistance in brushing aside Federico Delbonis 6-1, 6-2 on his delayed return after injury since losing in the quarterfinals in Melbourne.

Sinner, 19, shot to prominence by making it into this month's Miami Open final.

The world No. 22 had seen off Spain's Albert Ramos-Vinolas in straight sets 6-3, 6-4 at this Masters 1000 event to book his first-ever date with Djokovic.

But it proved a one-sided contest at the Monte Carlo Country Club, with Djokovic sweeping into the next round in 1 hour and 34 minutes.

"Solid" is how Djokovic described his own performance.

"I have to be satisfied considering I think I had a tough draw for the first round, playing Sinner, who is in form, who is striking the ball very well.

"I knew it was going to be a challenge. I walked into the court with the right intensity, right focus.

"I just started my clay-court campaign, so it's a long way to Paris (and the French Open). Hopefully, I'll be able to play consistently well and stay healthy."

Sinner said his focus was "always about improving."

"That's what I'm trying to do. Try to learn from this match today as well, even if sometimes it's tough to accept," added the Italian.

The 18-time Grand Slam champion Djokovic will next face for the first time Briton Daniel Evans – a "very smart player" – who ousted Hubert Hurkacz, Sinner's Miami conqueror, for a place in the quarterfinals.

Later Wednesday, Nadal took just 81 minutes to send world number 87 Delbonis packing, with Grigor Dimitrov waiting for him in the next round.

Nadal is in the hunt for his 12th title in the Principality ahead of his pursuit of a 14th French Open crown at Roland Garros next month and what would be a record 21st Grand Slam.

The Mallorcan was in action three days after practicing with Daniil Medvedev, the Russian second seed who was forced to withdraw after testing positive for Covid-19 on Monday.

The world number three was forced to skip a number of scheduled tournaments since Australia with a lingering back problem.

But in his first match since defeat to Stefanos Tsitsipas in the Australian Open quarterfinals, Nadal struck 16 winners to beat Argentina's Delbonis.

"It was a good start, always good to come back to competition with a victory," said the 34-year-old.

"I think I played a solid match and I hope to keep going."