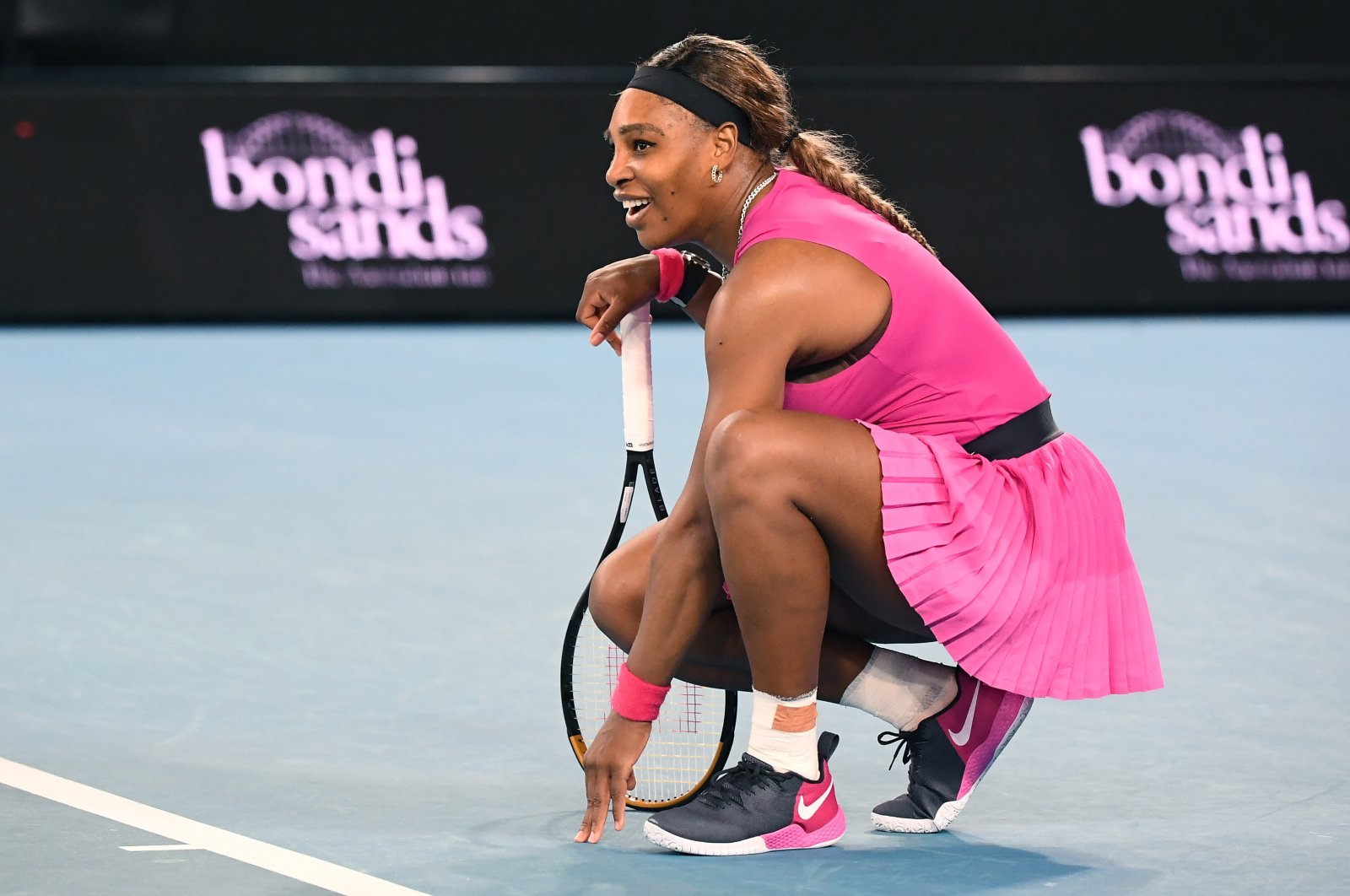 Serena Williams kneels during a break in action against Danielle Collins during their match at the Yarra Valley Classic, Melbourne, Australia, Feb. 5, 2021. (EPA Photo)
by ASSOCIATED PRESS Feb 05, 2021 1:59 pm

Serena Williams withdrew from an Australian Open tuneup tournament citing a right shoulder injury on Friday within hours of setting up a semifinal match against top-ranked Ash Barty.

The 23-time Grand Slam champion usually doesn't play in a tournament in the week before a Grand Slam event but made an exception before last year's U.S. Open and for this Australian Open because of all the disruptions caused by the COVID-19 pandemic.

The 39-year-old American was playing her first tournament since withdrawing from the French Open before her second-round match because of an Achilles tendon injury in October. She, like all players traveling to Australia for the tournament, had to quarantine for 14 days and had limited practice during that time.

With the year's first major starting Monday, Williams may be better resting.

She had three wins at the Yarra Valley Classic – one of six tournaments at Melbourne Park this week – culminating with a 6-2, 4-6, 10-6 win in a match tiebreaker over Danielle Collins on Friday.

The withdrawal came after her post-match news conference – when she made no reference to any issues – so no full explanation was offered.

It means Barty gets a walkover into the final and will also get some rest Saturday.