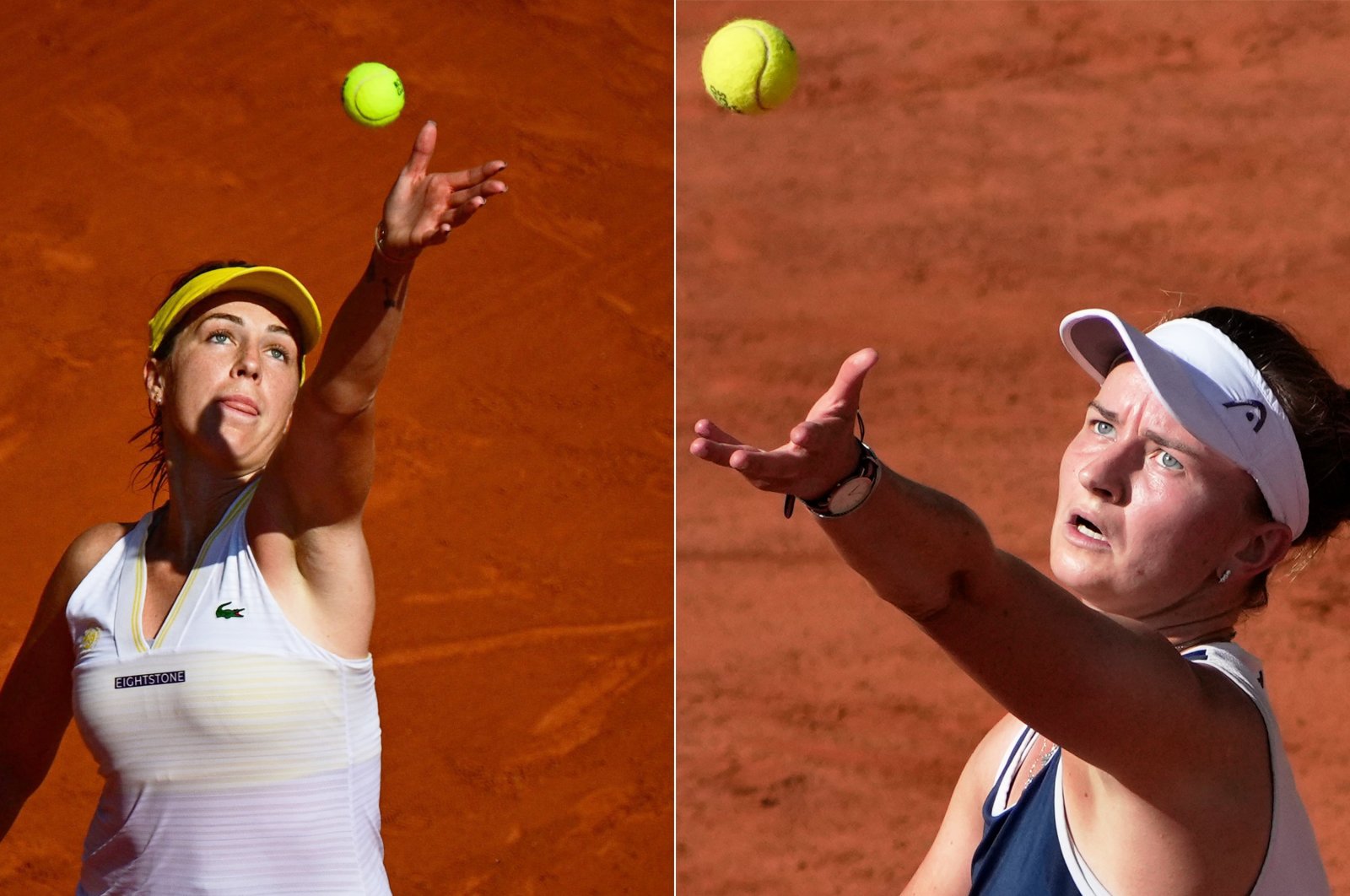 Jabeur makes history as Djokovic fights back for Wimbledon semis

Surprise finalists Anastasia Pavlyuchenkova and Barbora Krejcikova will battle it out for the French Open title Saturday in what has been a shock-heavy tournament.

World No. 32 Pavlyuchenkova has reached this stage for the first time at the 52nd attempt, 10 years after making a first Slam quarter-final in Paris.

Krejcikova, ranked a place lower, has long been labeled a doubles specialist and this is just her fifth appearance in a main draw singles at the Slams, having never previously got beyond the last 16.

However, both women have capitalized on a draw where the top seeds fell and just kept falling.

World No. 1 and 2019 champion Ashleigh Barty hobbled out in the second round.

Serena Williams was knocked out in the fourth round, world No. 2 Naomi Osaka withdrew after one match while 2018 champion Simona Halep never even made it to Paris.

"It's been a long road. I had my own long special road. Everybody has different ways. I'm happy I'm in the final."

Pavlyuchenkova is bidding to become the fourth Russian champion at Roland Garros after Anastasia Myskina (2004), Svetlana Kuznetsova (2009) and Maria Sharapova (2012 and 2014).

Always considered to possess the weapons to win a major – she has 37 career wins over top 10 players – Pavlyuchenkova was often written off as "too nice" to succeed when it mattered most.

At the French Open in 2011, she was a set and 4-1 up on defending champion Francesca Schiavone but faltered and a semifinal place slipped away.

"I mean, obviously I'm respectful but when I'm on the court, I'm doing my job and I fight, and I want to kill my opponent every time I play."

That steely attitude has served her well in Paris this year where she defeated third seed Aryna Sabalenka, former number one Victoria Azarenka as well as doubles partner Elena Rybakina, all in three sets.

Rybakina had knocked out Williams in the last-16.

The 25-year-old is already a Grand Slam champion, having captured the women's doubles with Katerina Siniakova at Roland Garros and Wimbledon in 2018.

Her late blossoming as a singles specialist, however, means she has yet to play in the main draw at both the All England Club and U.S. Open.

Indeed, she won eight doubles titles before lifting a maiden singles trophy on clay in Strasbourg on the eve of the French Open.

Krejcikova should break the top 20 with victory on Saturday having finished 2020 at 65 in the world.

In her marathon semifinal win over Maria Sakkari, in the second-longest match of the tournament, Krejcikova saved a match point and needed five of her own to seal the deal.

Sakkari was just one of four players ranked higher seen off over the last two weeks, including fifth-seeded Elina Svitolina in the third round.

It has been a knife-edge run. Ahead of her last-16 win over Sloane Stephens, the Czech was so paralyzed by fear that she locked herself in the physio's office and wept.

Should she win Saturday, Krejcikova will cast a glance to the heavens and say a quiet 'thank-you' to Jana Novotna, the former Wimbledon champion who died of cancer at the age of just 49 in 2017.

Novotna mentored Krejcikova, now on an 11-match win streak, in her earlier career.

"Every time before a match or after a match I just feel like she's there, she's looking after me."

Jabeur makes history as Djokovic fights back for Wimbledon semis