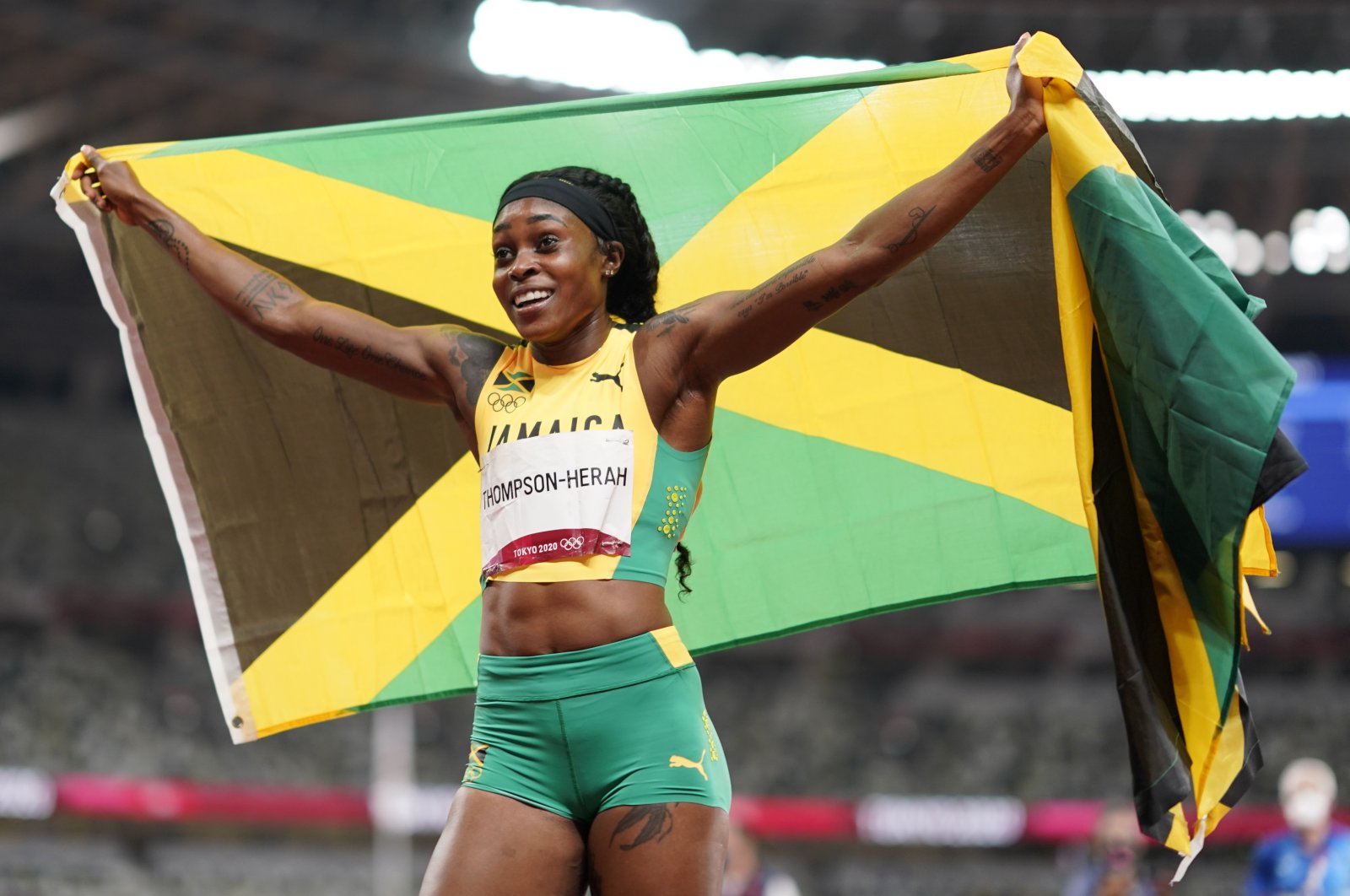 Jamaica's sprint sensation Elaine Thompson-Herah made history with an Olympic double Tuesday, while U.S. superstar gymnast Simone Biles made a brave return to the competition with a bronze in women's balance beam.

Thompson-Herah's blistering 200-meter win, following her brilliant 100-meter victory, made her the first woman to win both Olympic sprints twice in a row, evoking memories of her retired compatriot Usain Bolt.

It rounded off a stunning day on the track when Norway's Karsten Warholm obliterated his own 400-meter hurdles world record and Athing Mu, 19, became the first American woman to win the 800-meter in 53 years.

Thompson-Herah's 21.53 seconds was the second-fastest ever seen after Florence Griffith Joyner's world record of 21.34, set at the drug-tarnished 1988 Seoul Olympics.

As well as becoming the first woman to claim a 100-meter and 200-meter "double-double," the 29-year-old is the only female track and field athlete to win four individual Olympic golds.

Gymnast Biles had pulled out of her other finals as she battled the "twisties," a disorientating mental block, but she returned in medal-winning style to high excitement at the Ariake Gymnastics Centre.

The American four-time gold-medalist, widely considered the "GOAT" (Greatest Of All Time) put in a solid routine including a double backward somersault and double pike dismount, smiling broadly as she was congratulated by her teammates.

"I was just happy to be able to perform regardless of the outcome," said Biles, who revealed her aunt died two days ago.

"I did it for me and I was proud of myself for being able to compete one more time."

In cycling, Germany won the women's team pursuit gold in a world-record time of 4 minutes 04.242 seconds, and the Netherlands won the team sprint – their first men's track title since 1936.

Briton Jason Kenny's silver in the team sprint made him the first track cyclist to win eight Olympic medals, just minutes after his wife, Laura, won her fifth medal in the team pursuit.

And France's Bassa Mawem led the men's combined qualifications with 5.45 seconds in speed climbing, one of the sports that is making its debut as the Olympics seeks to reach new audiences.