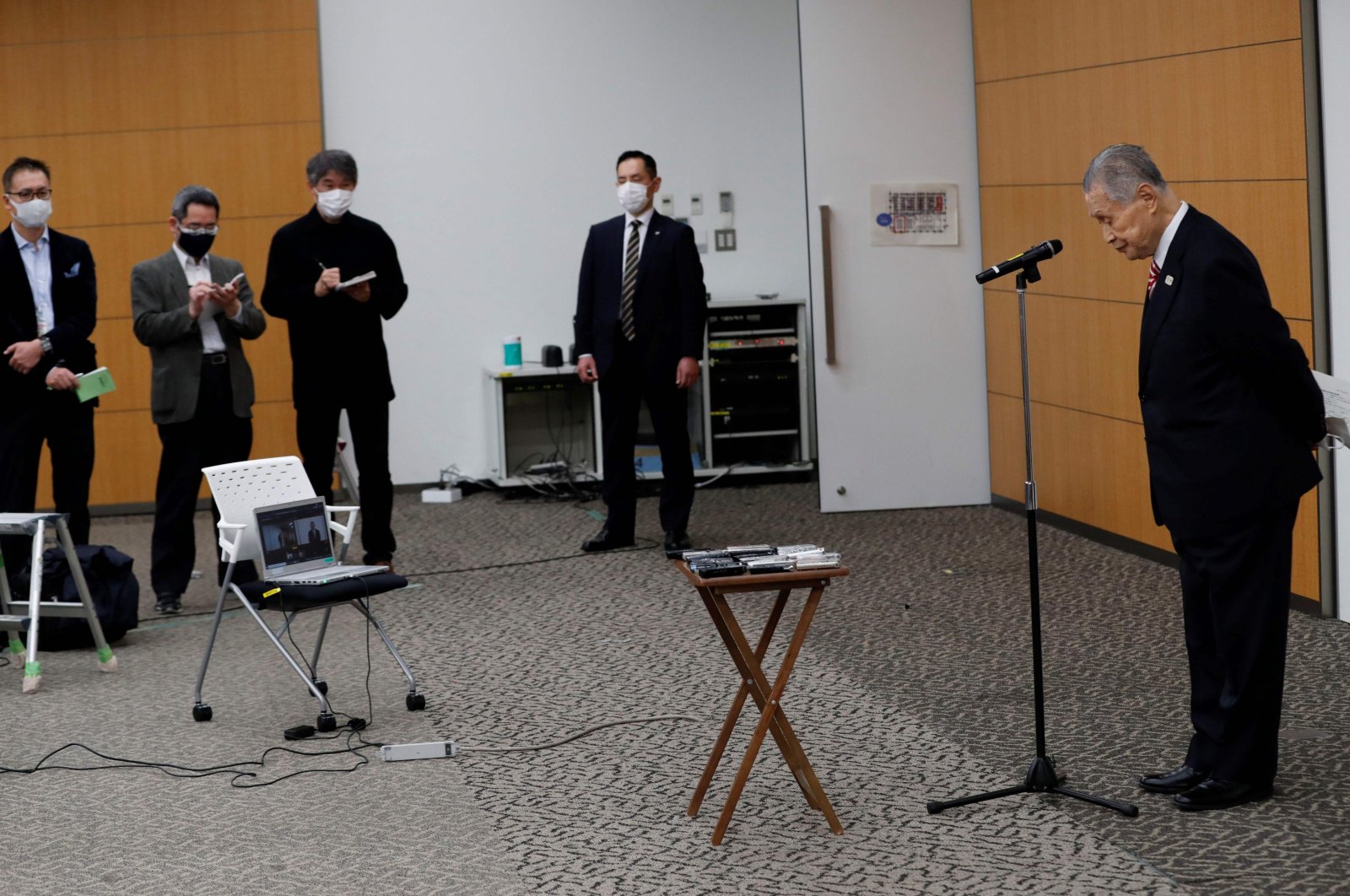 Tokyo Olympics chief Yoshiro Mori is to resign after he sparked outrage in Japan and abroad with his claims that women speak too much in meetings, reports said Thursday.

Multiple major Japanese media outlets, citing anonymous sources, said Mori told officials of his wish to step down and intends to announce his resignation at a meeting of Games organizers Friday.

The sexism row has become yet another headache for Olympic organizers and officials already battling public disquiet over holding the postponed Games this summer amid a global pandemic.

Gaffe-prone Mori, an 83-year-old former prime minister, has come under increasing pressure after he said last week that women have trouble speaking concisely.

"When you increase the number of female executive members, if their speaking time isn't restricted to a certain extent, they have difficulty finishing, which is annoying," he reportedly told members of the Japanese Olympic Committee.

He has apologized for the sexist remarks – but dug a deeper hole when he explained that he "doesn't speak to women much."

Kawabuchi is an 84-year-old long-time sports administrator who played a large part in popularizing football in Japan in the 1990s and is involved in the Games as the symbolic mayor of the Olympic Village.

Politicians and sports stars were quick to condemn Mori's comments, which heavyweight sponsors have also said run contrary to the Olympic spirit.

Having initially said it considered the matter closed with Mori's apology, the International Olympic Committee branded his remarks "completely inappropriate" as the backlash grew.

Tokyo 2020, which will hold a special meeting tomorrow of its council and executive board, did not immediately respond to a request for comment.

At Friday's meeting, organized in the wake of the sexism row, officials will "express their opinions" on Mori's remarks and discuss "future gender equality initiatives of the Tokyo 2020 organizing committee," it has said.

An online campaign calling for action against Mori has attracted more than 146,000 signatures, while tennis superstar Naomi Osaka slammed his comments as "ignorant."

Since Mori's remarks, around 400 Olympic and Paralympic volunteers have quit, according to Tokyo 2020, which has said the number includes withdrawals for all reasons.

A total of 80,000 volunteers from Japan and overseas have been recruited for this summer's virus-postponed Games.

More than 80% of the Japanese public in recent polls say the Olympics should be postponed or canceled.

Games sponsor Toyota on Wednesday issued a statement by its president Akio Toyoda saying: "It's very regrettable that the comments made by the leader of the organizing committee differ from the values that Toyota holds."

"I don't think a four-party meeting would deliver anything positive," Yuriko Koike said, without further explanation.