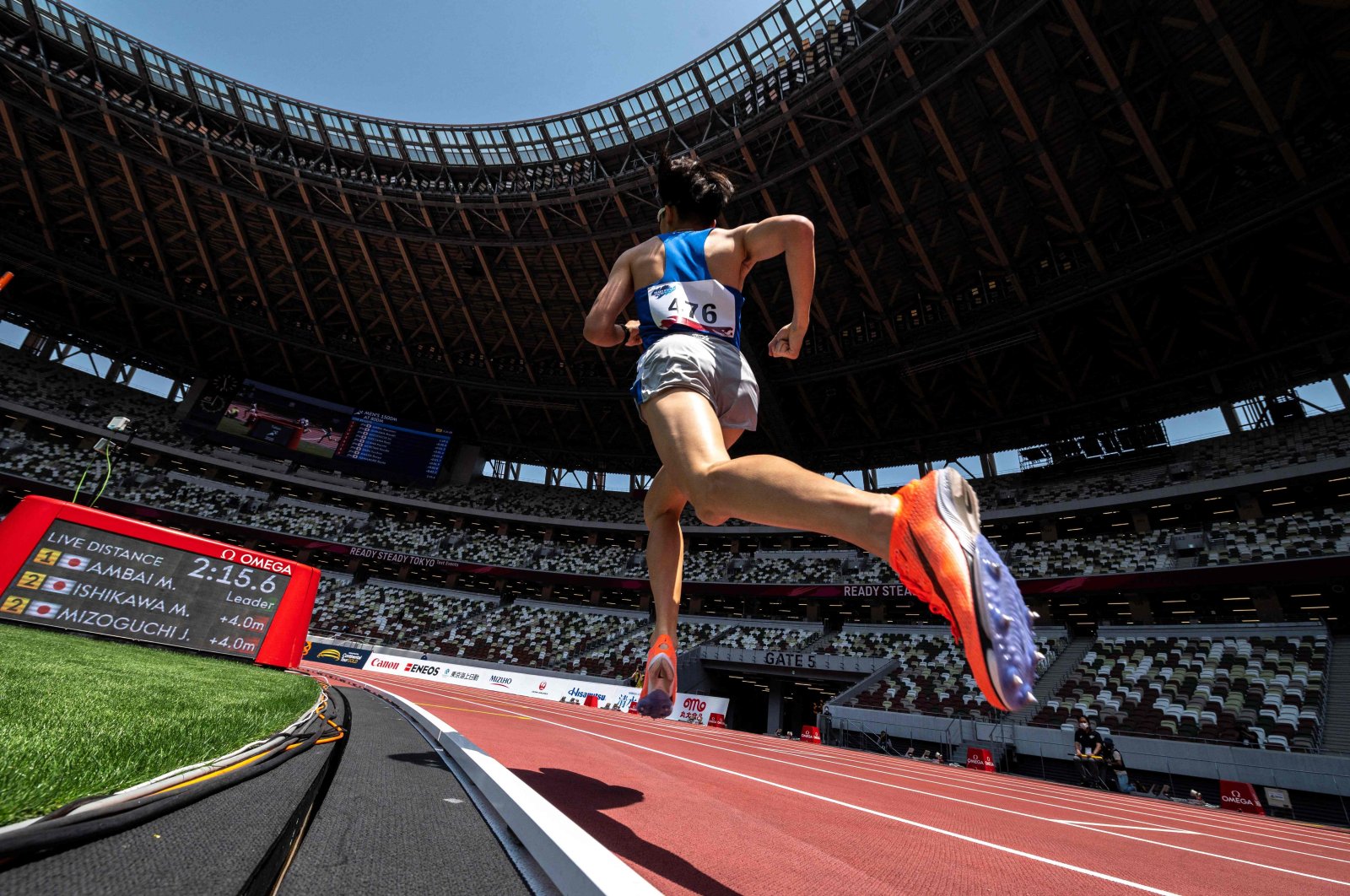 With just three months to go before the Tokyo Games, hundreds of athletes, including U.S. sprinter Justin Gatlin, participated in a test event at the Olympic Stadium on Sunday.

At the event, the Games organizers fine-tuned operations and practiced COVID-19 countermeasures.

No spectators were present in the stadium, where the Olympics opening and closing ceremonies will be held, as Tokyo remains under a state of emergency to tame a rise in coronavirus infections.

Sunday's event, involving 420 athletes, including nine from abroad, was split into morning and evening sessions with Gatlin on the start list for the 100-meter in the evening.

Despite the state of emergency, organizers have operated more than 11 test events since last month with no reported coronavirus cases resulting.

Opinion surveys have shown that most Japanese oppose holding the Games this summer due to worries about the pandemic.

Athletes, however, want the Games to go forward.

"People are really worried about people coming from overseas as coronavirus variants are spreading, but as an athlete I want the Olympics to be held with people from various countries running," said Suzuha Kobari, after participating in the women's 100-meter in the morning session.

Japanese rhythmic gymnast Nanami Takenaka said at a separate test event the previous day she understood there were opposing views, but that gave her team an extra reason to bring cheer through their performances.

"We'll focus on the things that we can do and when the Olympics are held we want to give our best performance so that people can smile and feel glad they took place," she said.

The evening session is to include several events including finals for the pole vault, high jump, javelin throw and the men's 100-meter event.