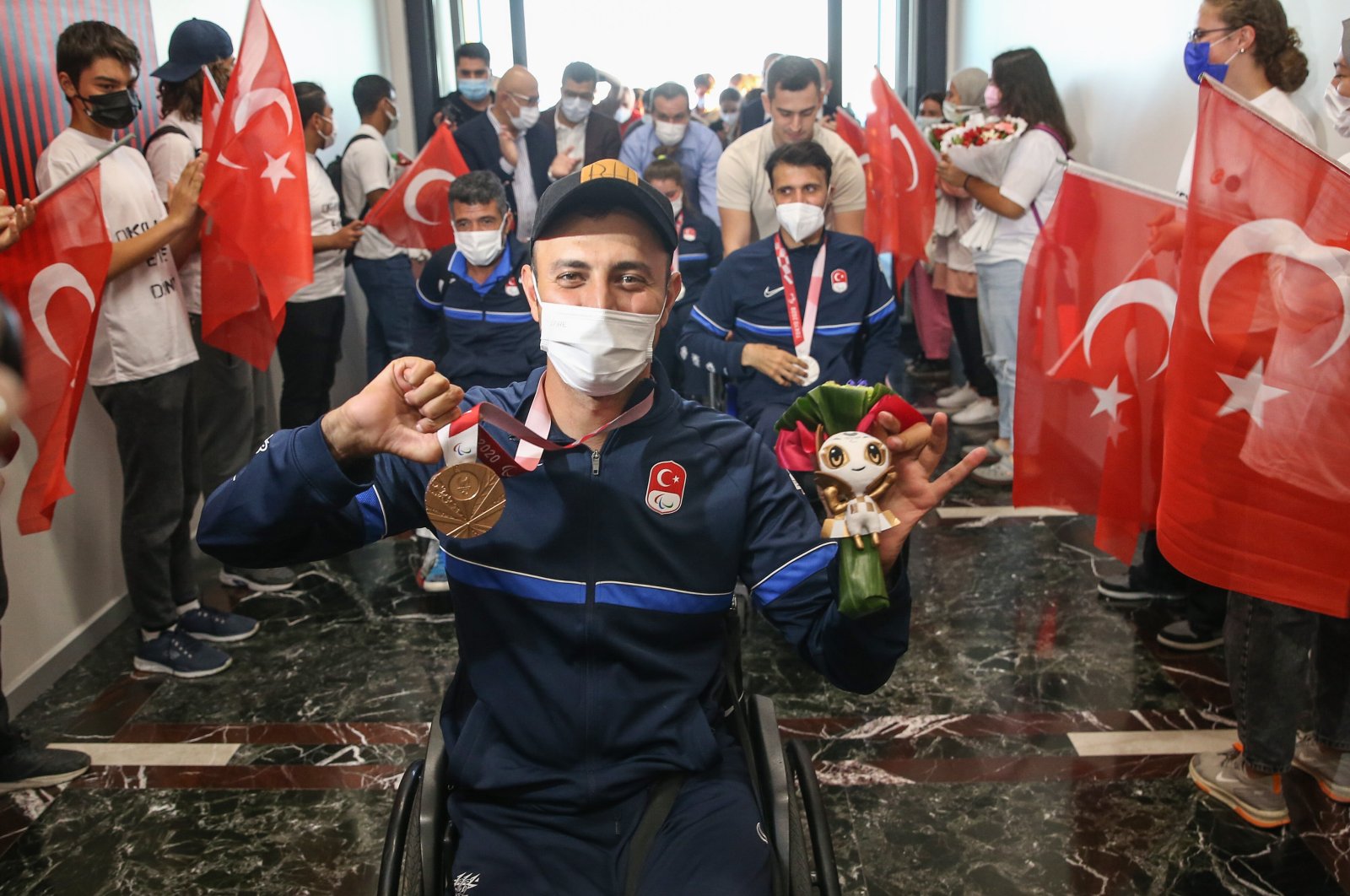 Participating in its seventh Paralympics, Turkey completed the Tokyo 2020 campaign with a record 15 medals, its highest ever in the Games.

A total of 87 Turkish athletes participated in 13 disciplines at this year’s event. The national athletes clinched two gold medals, four silver, and nine bronze medals in Tokyo, exceeding their previous best haul at the London 2012. Turkey had won one gold, five silver, and four bronze medals in London.

Turkey women’s goalball team defended its gold medal from the Rio 2016 in Tokyo.

It defeated Team USA 9-2 in the final to clinch the gold medal on Friday.

Öztürk also successfully defended his Rio 2016 title to go down in Turkey’s Paralympics history. He also has a Rio 2016 doubles (Class 4-5) bronze to his name.

In the final at the Tokyo Metropolitan Sports Center, Öztürk defeated the London 2012 gold medalist and Class 4 world champion, Kim.