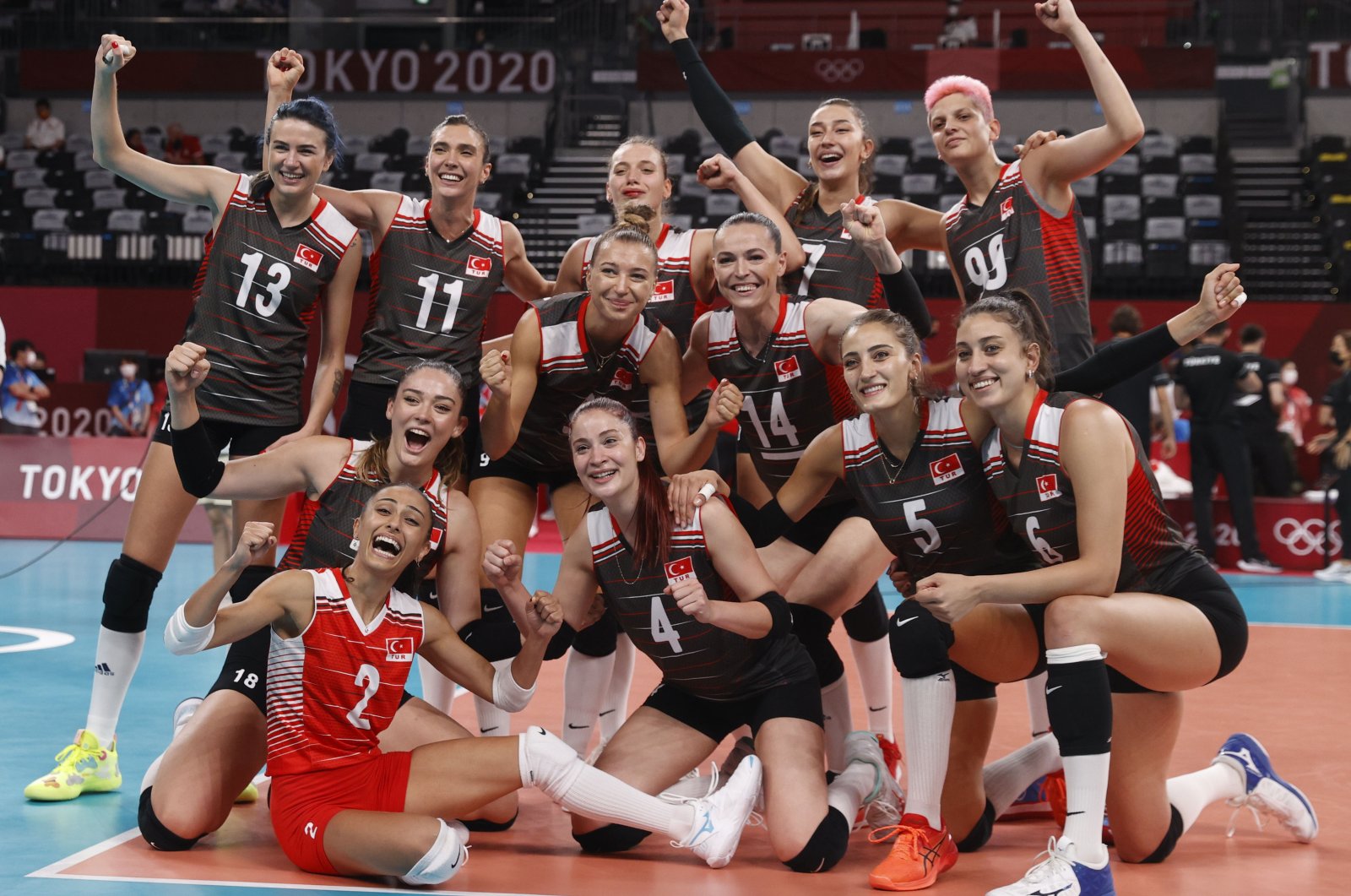 Turkey’s women’s volleyball team will take on South Korea in the Tokyo 2020 Olympics quarterfinal on Wednesday.

The match at Tokyo’s Ariake Arena will kick off at 3 a.m. in the morning in Turkey.

The Sultans of the Nets made it to their first-ever Olympics quarterfinals after coming third in Pool B, with three wins and two losses.

The No. 4 team in world ranking was drawn with world No. 14 South Korea, who finished Pool A in the third position, with three wins and two defeats.

Turkey had won 3-1 the last time these two teams met at the FIVB Volleyball Women's Nations League on June 20.

Back in London 2012 Olympics, Turkey had beaten South Korea 3-2 in the group stages. If Turkey manages to win the semifinal, it will meet the winner of the match between Brazil and the Russian Olympic Committee (ROC).

Earlier on Monday, the Turkey women's volleyball team beat ROC 3-2 to secure the third position in Tokyo 2020 Olympics Pool B.

In the opening Pool B match, Turkey stunned world champions China, before losing to Team USA. But the Sultans bounced back against Argentina with a 3-0 win and secured a place in the quarterfinals.

Pool B was topped by Team USA with four wins and one loss, followed by Italy with three wins and two losses.

Brazil, who won all five pool matches, claimed the top spot in Pool A. It was followed by Serbia with four wins.