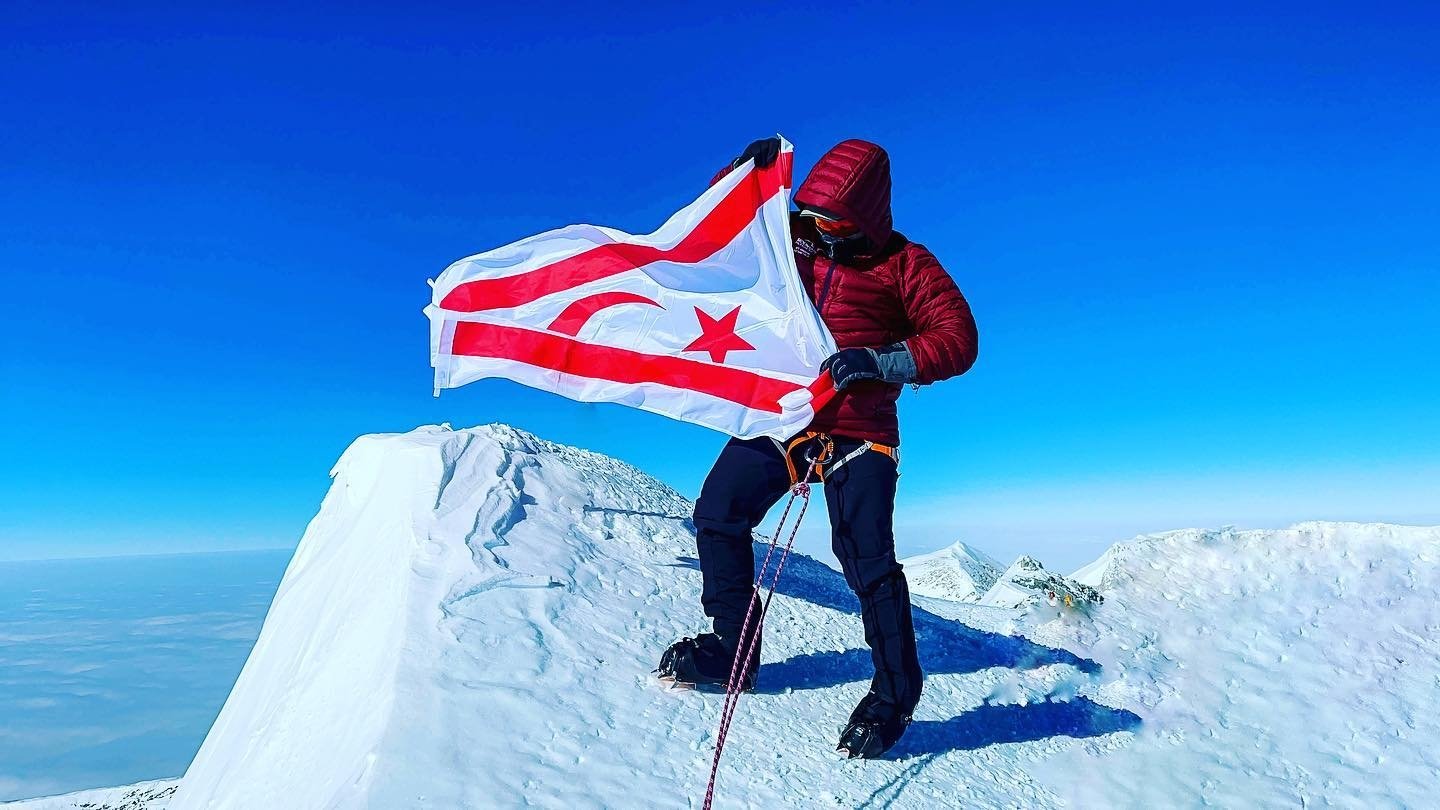 Uzun, who is living in the U.S. and is originally from the northwestern part of the TRNC, climbed Mt. Vinson on Dec. 16 and raised the TRNC flag.

He shared a photo of this moment with a message on Facebook, voicing his pride in being the first TRNC citizen to climb the peak.

"It was a privilege to be the first Turkish Cypriot and Cypriot to be on that summit, and hopefully motivate many of my fellow citizens that with drive, determination, and heart, every goal is possible! The climb was not easy with extreme cold, gusting winds and severe back pain due to spine surgery last year, but that's just the small price you pay to be there. I got the job done, and I'm proud. Big thank you to family, friends, and my dear sponsors!" Uzun said.

In a video he shot after descending from the summit, he said: "I am very proud to be able to wave our TRNC flag at this summit. I am telling the stories of the TRNC and the Turkish Cypriots to everyone who does not know this flag here. Friends, we have lived under embargoes for years and continue to do so. The message I want to give you: Whatever your goal is, if you put your mind to it, you can definitely achieve it. Embargoes and no one can prevent this."

Congratulating the mountaineer, TRNC President Ersin Tatar said: "Birkan Uzun succeeded in climbing the 5th summit of the 5th continent, Antarctica, in the target of 7 continents and 7 summits. As a Turkish Cypriot, we have great pride. I congratulate Birkan wholeheartedly and wish him continued success."

Prime Minister Faiz Sucuoğlu also congratulated Uzun on his success, saying: "Our Turkish Cypriot brother Birkan Uzun climbed Vinson Mountain, the highest point of Antarctica. It is a source of great pride for us, his unfurling of the Turkish Republic of Northern Cyprus' flag at the summit caused even more indescribable feelings for me."

Meanwhile, many people in the TRNC congratulated Uzun on social media.