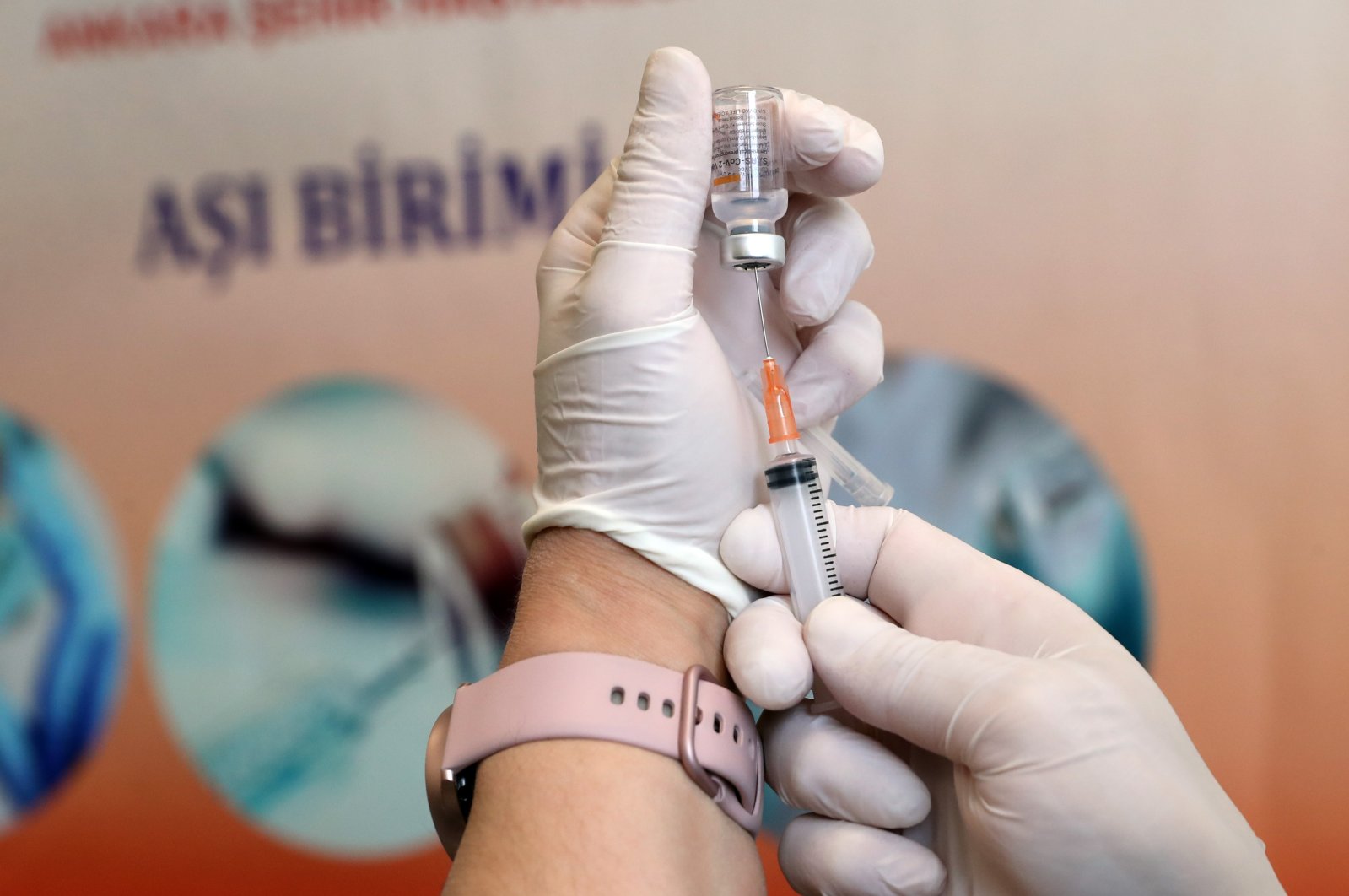 A health worker prepares a dose of the CoronaVac vaccine during a coronavirus vaccination campaign in Ankara, Turkey, Jan. 27, 2021. (AFP Photo)
by Daily Sabah with AA Jan 29, 2021 9:06 am
RECOMMENDED

The second shipment of the second batch of COVID-19 vaccines developed by China's Sinovac Biotech arrived early Friday in Turkey.

A Turkish Airlines (THY) plane that departed from Beijing landed at Istanbul Airport at 6:10 a.m. local time (3:10 a.m. GMT) carrying 3.5 million doses of the vaccine.

A total of 10 million doses of the vaccine were imported in the second batch.

The first batch of vaccines consisted of 3 million doses.

Turkish Health Minister Fahrettin Koca and President Recep Tayyip Erdoğan were among the first to be vaccinated to boost public confidence in the vaccine.

Health care workers were the first to receive the shots, and under a mass vaccination plan, elderly citizens are next in line. The age limit will gradually drop in line with the plan. People living in nursing homes and nonagenarians were in the first group broadly described as “people at the age of 65 and above.” Elderly and frail citizens unable to leave their homes are vaccinated at home by health care workers.

Citizens aged 75 and above will be able to get appointments from hospitals and neighborhood clinics across the country to receive the vaccine. The Health Ministry’s internet portal, smartphone apps and a hotline allow citizens to easily schedule an appointment at the nearest clinic equipped with designated vaccination rooms separated from other facilities.

CoronaVac was the first vaccine to gain emergency-use approval by health authorities in Turkey, following a meticulous analysis process. The government plans to acquire more vaccines from Sinovac and is in talks with other companies for the acquisition of vaccines.