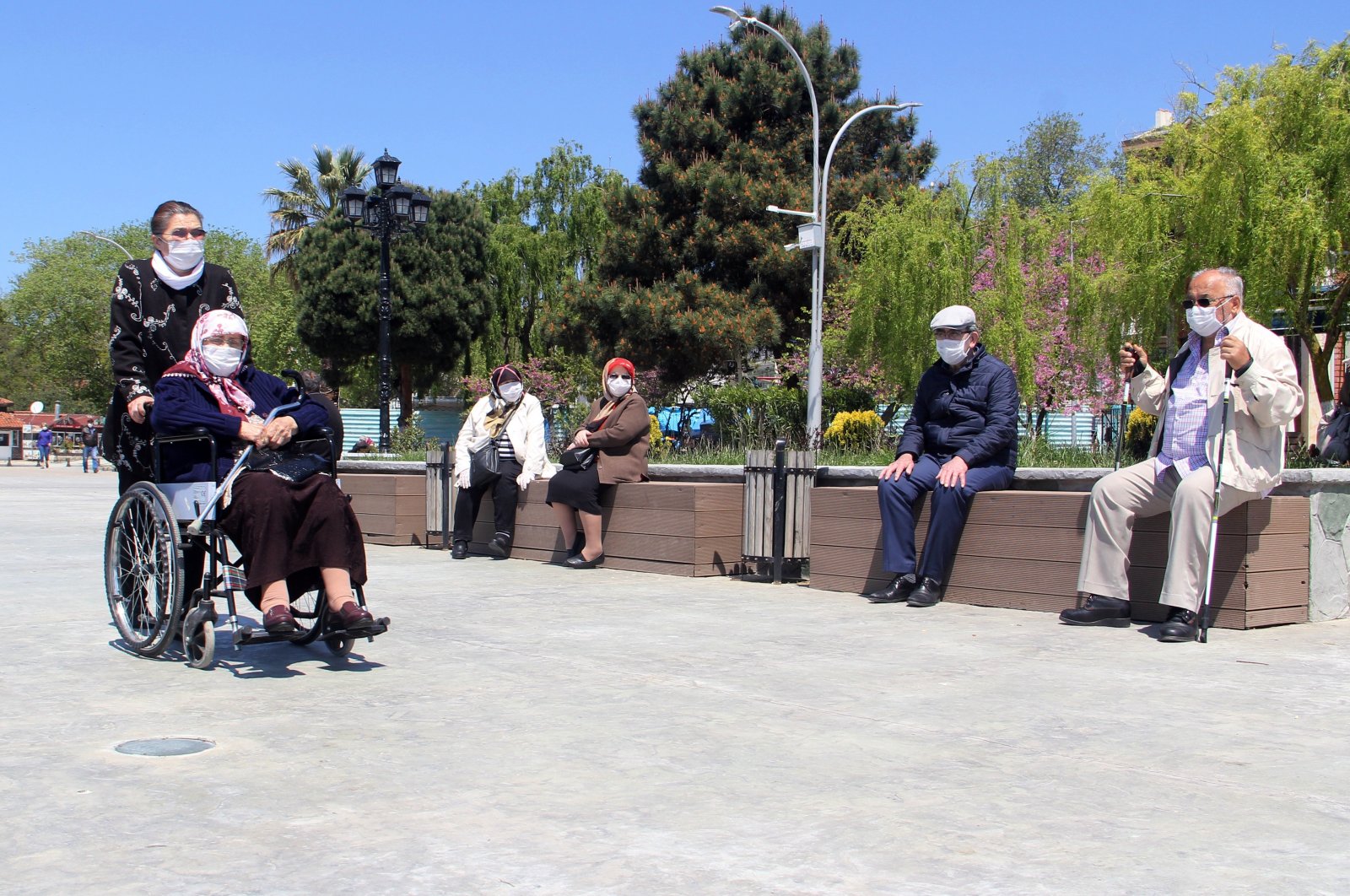 Turkey ranks 66th among 167 countries with a high elderly population as the inevitable aging phenomenon continues to grip the country. The latest official figures made public Thursday show that the number of people at the age of 65 and above has reached 7.9 million with a 22.5% rise in the last five years.

Turkish Statistical Institute (TurkStat) which disclosed the data on the elderly population, says their proportion to the total population, currently at 9.5% according to 2020 figures, will reach 11% in 2025 and will follow an upward trend in the following decades. Though it may appear that 7.9 million is a small number compared to the total population of more than 83.6 million people, it is worrying for a country that boasted a young population compared to Europe in the past.

Experts link the aging trend to several factors, particularly to better health care that prolongs life in the country, where longevity showed a rise in recent years. The average remaining life span was 18 years for people at the age of 65, according to statistics.

"Turkey is in the process of demographic transition, which is called the global aging process. Turkey’s shape of age structure changed with advances in public health, better living conditions, increases in welfare level and life expectancy along with decreasing rates of fertility and mortality. The proportion of children and youth in the total population decreased, whereas the proportion of elderly people in the total population increased. Even though Turkey has a young population among countries with older age structure, the absolute number of the elderly population is quite high," it said. Currently, Monaco holds the record for the highest proportion of an elderly population at 33.5%, followed by Japan and Germany, with 28.5% and 22.9%, respectively.

Turkey improved home care options and the capacity of nursing homes while families had to pay more for the care of their elderly relatives. Nevertheless, the statistics showed that there were still more than 1.4 million elderly people living alone, most of them women. At least one elderly person lives in one in every four households in the country, TurkStat says.

In terms of the distribution of the elderly population, Sinop, a small province in the Black Sea region, which usually scores high in life satisfaction surveys, had the highest proportion of the elderly population, at 19.8%, in 2020. It is followed by Kastamonu and Artvin, two other provinces in the region while Şırnak, at 3.4%, had the lowest proportion of elderly citizens. It is followed by Hakkari and Şanlıurfa, two other southeastern provinces.

The number of centenarians, meanwhile, reached 5,780 and most were in Istanbul, the country’s most populated city.

Statistics also show that the proportion of illiterate elderly population decreased to 16.9% from 21.9% in 2015 while the number of illiterate women senior citizens was higher compared to men. Turkey had recently started a literacy campaign, especially for women who did not attend school, particularly in rural areas where girls’ education has been shunned in the past and most took up agricultural labor instead of going to school.

TurkStat figures also delve into the poverty rate among the elderly, which stands at 14.2%. Labor force participation among the elderly was 12% and most of those working at the age of 65 and above were men. The majority of those employed at an older age were in the agricultural sector.

On elderly citizens' health, statistics indicate a rising obesity rate, which reached 29% from 22.9% in 2010. TurkStat says elderly citizens die mostly from diseases of the circulatory system and the number of those who die from Alzheimer’s disease increased from 12,000 in 2015 to 13,498.