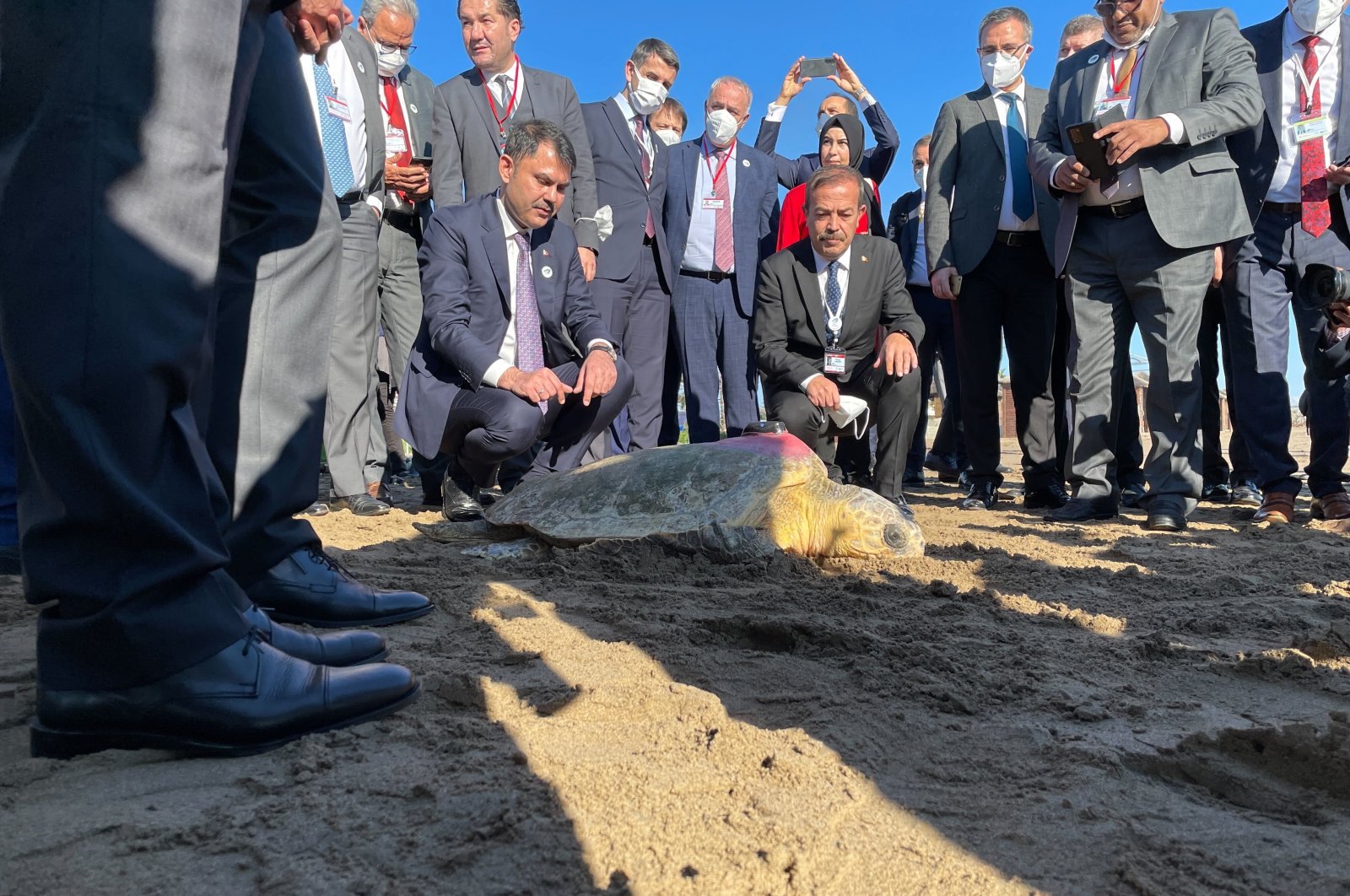 Two loggerhead sea turtles known as Caretta caretta were released into the sea by authorities on Thursday in Turkey's southern province of Antalya. Bahar and Berra, fitted with tracking devices, are the latest addition to Turkey’s preservation efforts for endangered species. The number of turtles tracked now stands at 23, as scientists learn about their travel patterns and survival rate in a changing climate.

Minister of Environment, Urban Planning and Climate Change Murat Kurum, Minister of National Education Mahmut Özer and other dignitaries attended the ceremonial release from a beach in Belek, one of the breeding grounds of the species. Belek is hosting a summit for the preservation of the Mediterranean Sea against pollution and other dangers stemming from climate change.

Bahar was washed ashore while escaping from a parasite invasion off the coast of Dalyan, in Muğla province west of Antalya, while Berra was found injured after she entangled into a fishing net off the coast of Bodrum, another district of Muğla. Bahar is estimated to be aged between 46 and 51 while Berra is younger, somewhere between the ages of 28 and 33.

Devices firmly attached on their shells are linked to a center in Antalya tasked with protection of loggerhead sea turtles. The center, affiliated with the ministries, also provides treatment for injured turtles.

“We are working to help them survive for future generations and protect the Mediterranean for them,” Kurum said at the ceremony.