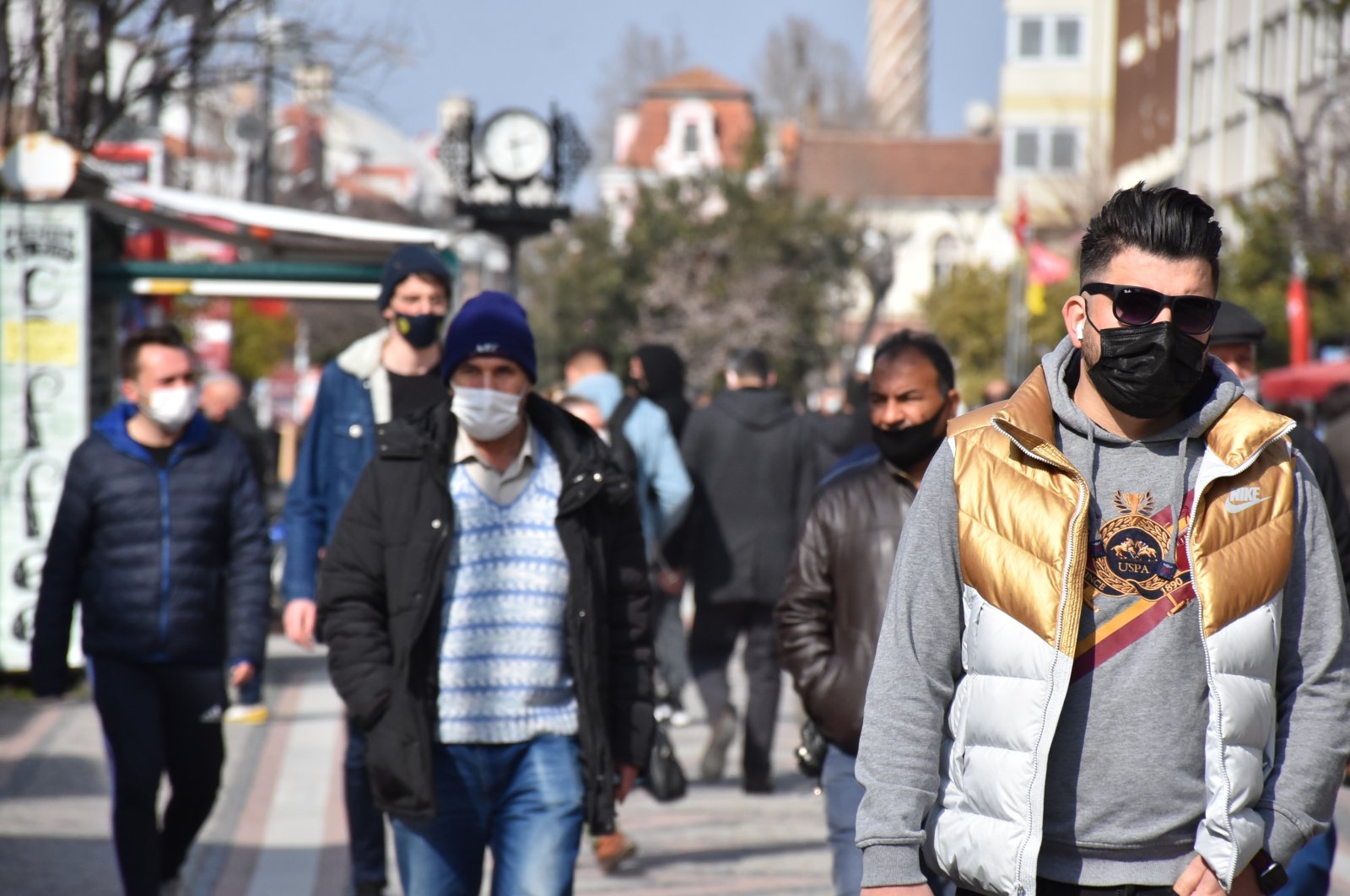 The number of daily coronavirus cases has neared 10,000 in Turkey and several provinces have announced new restrictions, but the Health Ministry’s plan to inoculate more than 50 million in a few months provides solace for the nation

Despite Turkey having managed to bring down its daily coronavirus fatalities from 100, challenges remain. Ahead of a planned normalization period, which will likely start next week, the daily number of COVID-19 cases rose to 9,572 just days after they had dropped below 7,000. As concerns grew over a new surge in cases, some provinces started introducing new restrictions in the hope of welcoming March with the normalization process. The country plans to gradually reopen businesses and lift curfews based on the decline in cases in each of the 81 provinces, although upward trends may endanger the bid.

But then, there is a glimmer of hope for millions: the vaccination drive. Health Minister Fahrettin Koca announced on Thursday after a meeting of the ministry’s Coronavirus Scientific Advisory Board that more than 50 million people are expected to be inoculated within the next two months.

Koca said Turkey has so far vaccinated 6.5 million people as he explained the government’s ambitious plan to inoculate more than half of the country’s population by the end of May. The number of people who received their first shot reached more than 6.7 million on Friday, while the overall number of vaccinations exceeded 8.3 million. Explaining that 60% of the population needs to be vaccinated for authorities to consider calling the outbreak truly under control, Koca said the deals for the necessary doses were already signed. “We know we will have around 105 million vaccine doses by April or May at the latest. What is important for us is to complete the vaccination campaign by the end of May,” he said. According to Koca, an overwhelming majority of the vaccines – 100 million doses – will be sourced from Chinese pharmaceutical company Sinovac, whose CoronaVac vaccine is already being used in Turkey. The remaining doses will be BioNTech-Pfizer’s vaccine, Koca said, adding that negotiations were already underway for Russia’s Sputnik V and the Moderna vaccine.

With the outbreak still lingering, several provinces announced new decisions this week to curb its spread. In Ordu, which has the highest number of cases among provinces, reporting more than 200 per 100,000 people, authorities banned traveling to villages from cities as urban dwellers heading to the countryside to spend the 56-hour lockdown on weekends prompted concerns. Picnics on the beaches along the coast and similar places were banned in Bodrum, a popular resort town in the southwestern province of Muğla. Authorities sealed off picnic spots and put up signs warning the public against gathering. Bodrum has become wildly popular among the thousands who left big cities where the pandemic raged to reside in the coastal town. The northern province of Karabük extended a ban on cinemas until April 1 despite the theaters being set to reopen nationwide on March 1. Sakarya, a northwestern province, also extended the closure of cinemas and also imposed a 15-day ban on certain gatherings, including wedding parties. Sports halls were also closed.

In Rize, which has one of the highest rates of weekly cases, the governorate banned more than two people meeting in crowded public spaces like parks. In the western province of Balıkesir where the average number of cases has been 92 per 100,000 people since Feb. 15, the local governorate warned people not to visit each other at home and banned gatherings in the courtyards of apartment complexes. Any gatherings like mass dinners and lunches held at homes were banned for fear of infections. The governorate also announced more inspections meant to prevent people from gathering in front of shops and other places.

Earlier in February, Turkey announced plans to gradually ease coronavirus restrictions on a provincial basis as authorities began reporting the weekly cases in cities across the country. According to the Health Ministry, the risk level will be classified as "very high," "high," "medium" and "low" for every province. Public health boards in each province will be able to decide whether to lift restrictions or tighten them based on those levels.

Speaking about the effects prolonged lockdowns have had on people’s psychologies, Koca said it was time to assess whether the outbreak’s danger outweighed the mental toll of the restrictions. "Until now, our Coronavirus Scientific Advisory Board has been at the center of the stage as it undertook important decisions. But at the same time, our Social Sciences Board has been diligently introducing strategies behind the scenes to alleviate the mental toll of the outbreak."

“And now, we are moving onto a step that prioritizes social life and the public’s mental health,” he said. Koca said the science board has already finalized details about which restrictions would be eased depending on the risk level, and that the draft would be presented to President Recep Tayyip Erdoğan during a Cabinet meeting on Monday. The minister said the changes would only introduce the easing of restrictions and no further measures would be announced, as he declined to share any further details. “The president will announce the changes in measures after the Cabinet meeting, should he approve,” Koca said.

Regarding Turkey’s efforts to develop a domestic shot, Koca said Phase 2 trials of the leading vaccine candidate would be finished by the end of April and by May, the last phase of the trials would begin. Reminding everyone that precautions are still the most effective tools in the fight against the coronavirus, Koca said those who were vaccinated are not immediately clear of danger. “Protection won’t begin as soon as you get vaccinated. A person will truly be protected 14 days after their booster shot. Which means 42 days after receiving their first shot. During that period, we must protect ourselves,” he said.

No Turkey variant yet

Regarding a question about the coronavirus mutations that have been spreading across the world, Koca said there has been no confirmed strain specific to Turkey yet. “We have been seeing more and more of the mutations in some regions. Prevalence of mutated strains in new infections has been increasing steadily, especially in provinces like Samsun and Ordu in the eastern Black Sea region,” Koca said, adding that the Britain variant – also known as the B.1.1.7 variant – was by far the most common mutation detected. About the other variants, Koca said there was only a single confirmed case of the Brazilian variant, while the mutation that originated from South Africa was detected in 49 people so far. “A while ago we had five cases in Ankara, where we thought whether it was a new strain that originated in Turkey. But we found out this was not the case. So, we can confidently say there is no Turkey variant yet,” the minister told.

Explaining that the Britain variant was a much more contagious mutation of the coronavirus, Koca said it should compel people to become much more cautious. “As the prevalence of Britain variant increases, so does the infectiousness rate. Therefore, precautions have become much more important these days. We can surely say the infection rates have increased compared to the past when people get close to each other or don’t wear masks.”