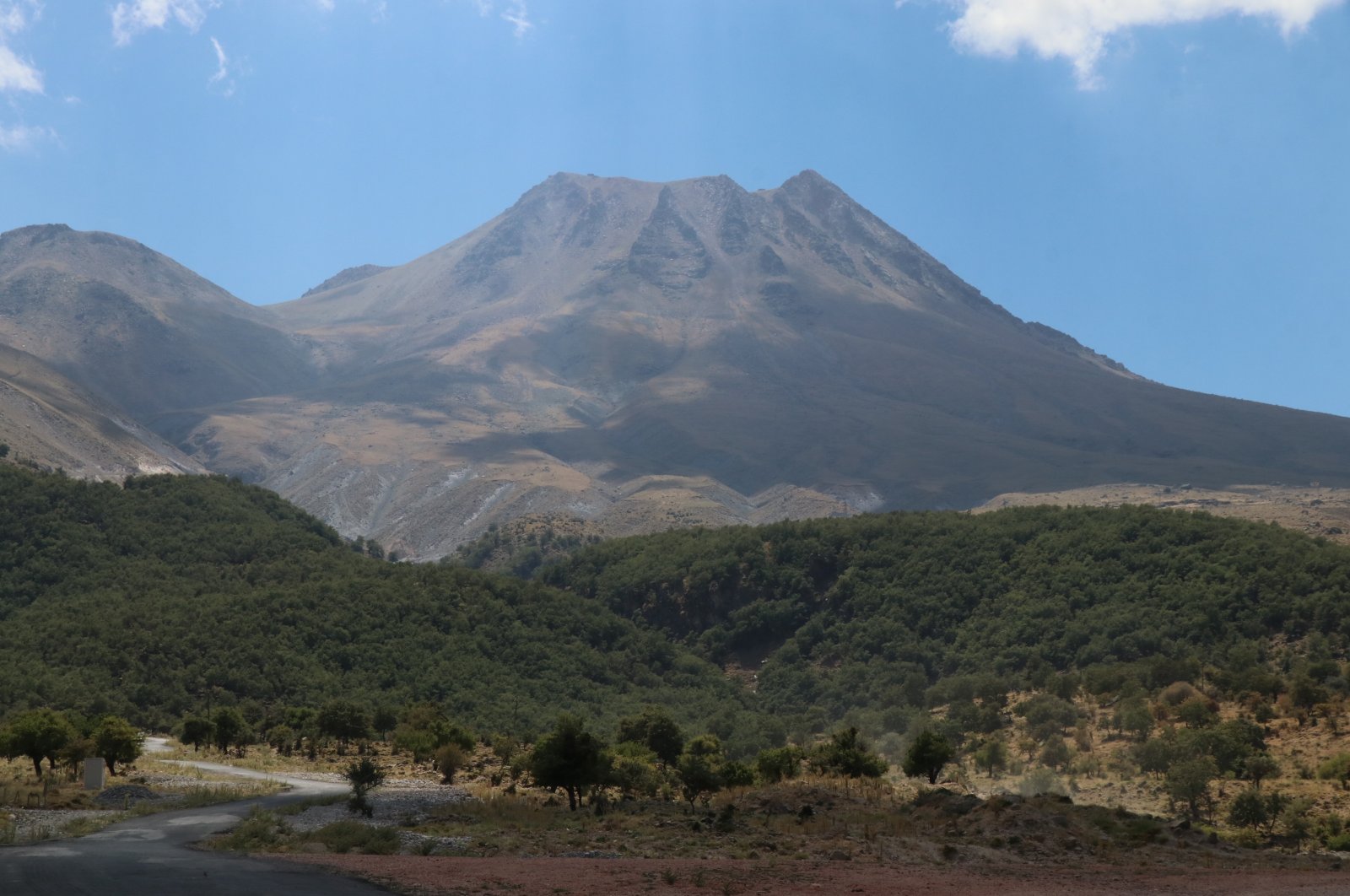 Authorities started surveillance of Mount Hasan in central Turkey after the volcano, one of the biggest in the country, demonstrated 'activity' following a string of recent earthquakes in the region

It has been about 10,000 years since Mount Hasan spewed lava but authorities are concerned that it can make a comeback in light of the recent earthquakes.

The mountain, situated near Erciyes, another dormant volcano, sprawls across the Aksaray province, overlooking a vast plain at the Anatolian plateau. At a height of 3,268 meters (10,721.79 feet), it is one of the biggest in the country.

Its last known eruption was in the early Holocene epoch, at a time when people had started settling down instead of leading a nomadic lifestyle.

The volcano has already been monitored but small magnitude earthquakes in nearby provinces including Niğde prompted concerns. Indeed, experts discovered activity in the mountain's layers of magma.

“Mount Hasan has a volcanism and this is a geological phenomenon proportionate with earthquakes,” Cezmi Türkmen, head of the Aksaray branch of the Disaster and Emergency Management Authority (AFAD) told Ihlas News Agency (IHA) on Thursday. Türkmen acknowledged that the volcanism can be easily affected by an earthquake along the Lake Tuz fault line crisscrossing the region.

Scientists from Aksaray University, in cooperation with AFAD, will set up sensors and measurement devices across the mountain to monitor crust movements and other unusual activities at the volcano. “Hot water emissions exist in some parts of the mountain and we will measure their temperatures. They usually have a fixed temperature of around 55 degrees Celsius (131 degrees Fahrenheit) but any upward temperature means there is activity in the volcano,” he said. Türkmen said a sudden outburst of the volcano was out of the question and they had the capacity to monitor certain indicators showing its eruption potential.

The most recent earthquake, at a magnitude of 5.1, was recorded earlier this month in Konya, a province neighboring Aksaray. Konya is among the provinces sitting on the Lake Tuz fault line, along with other fault lines in the region.

Volcanoes and earthquakes are often not connected but they cross paths anyway as they share the same location: edges of tectonic plates. Separately, small-scale earthquakes are nothing unusual beneath the volcanoes where the magma’s pressure on underground rocks triggers tremors.

Turkey is home to 13 volcanoes and more areas with volcanic potential. It is also an earthquake-prone country and lost thousands to disastrous tremors this and the last century. Earlier this week, a magnitude 5.0 earthquake shook the northern province of Düzce and was felt as far as Istanbul in the west.

Volcanoes have been dormant for thousands of years in the country but experts warn that they may still trigger earthquakes. Professor Şükrü Ersoy, an earthquake expert, told Demirören News Agency (DHA) after the Konya earthquake that it might be a “volcanic earthquake.”

“Magma activities may not create large earthquakes but they still have the potential of generating an earthquake up to a magnitude of 5.5,” he had warned.