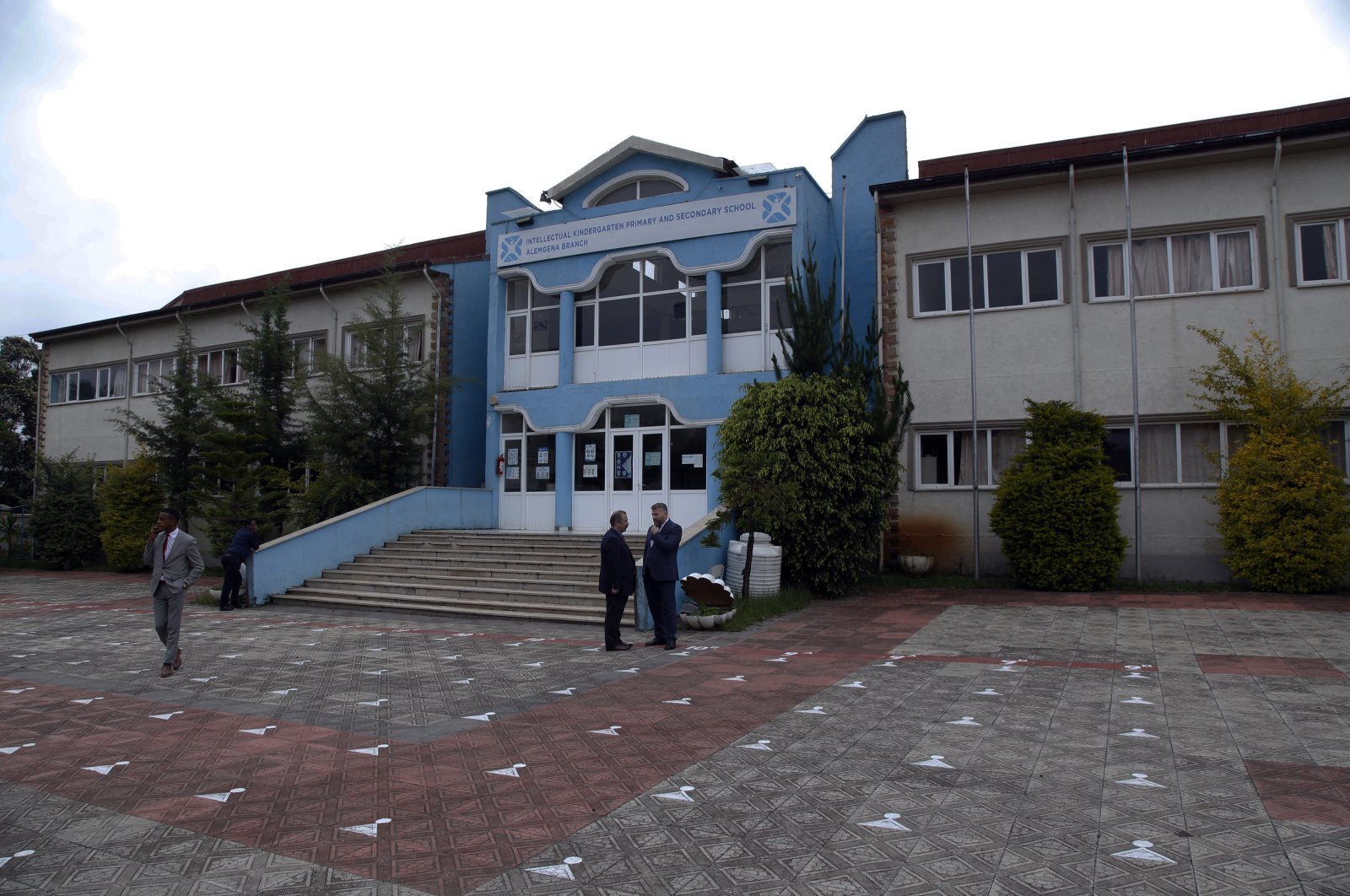 On the fifth anniversary of the brutal coup attempt by military infiltrators belonging to the Gülenist Terror Group (FETÖ), a Turkish foundation was handed control of a school in Ethiopia, previously run by the terrorist group that boasts an international network of schools.

The Turkish Maarif Foundation on Thursday assumed the full administration of the Oromia state after a legal battle that spanned years. "Official handover of the school will soon follow after the conclusion of asset transfer," Levent Şahin, the foundation's Ethiopia representative told Anadolu Agency (AA). The recently acquired school in Sebata town is the second FETÖ-run school the Maarif Foundation has taken over in Ethiopia, after assuming control of another school in Harar in July 2019.

Şahin added that legal proceedings are underway to take control of four other schools in the capital Addis Ababa and soon the bank accounts and assets of the FETÖ-run facilities would be frozen with a court order. Federal and state attorney generals are investigating FETÖ companies in the country, he said, noting that they are accused of terror and money laundering. "After the investigation, state attorney generals decided to suspend education licenses of the Stem company belonging the terrorist organization. We want to see that this will be an example for the other schools," Şahin added.

FETÖ has a considerable presence abroad, including private schools which serve as a revenue stream for the terrorist group.

Earlier, Maarif officials accompanied by officials of the local administration visited the school in Sebata. Cihad Demirli, a board member of Turkish Maarif Foundation, told AA that they are very happy to take over the school on the anniversary of the coup attempt, recognized in Turkey as National Unity and Democracy Day. "The schools in Alamgena were handed over after an investigation into FETÖ companies. We are expecting to get all the FETO schools after this decision," Demirli said. He hailed Oromia state officials and parents as "they played a big role in this success.”

Teaching will start in September once the technological and infrastructure needs of the schools are met. Alemu Eteecha, head of the Sebeta town education bureau, told AA that the Maarif takeover of the school is a welcome development. "We will provide Maarif with every necessary support," he said, given that the school is expected to resume teaching in the coming academic year. "We expect Maarif also to offer services to the local communities," he said, highlighting that the former owners were engaged in illicit activities.