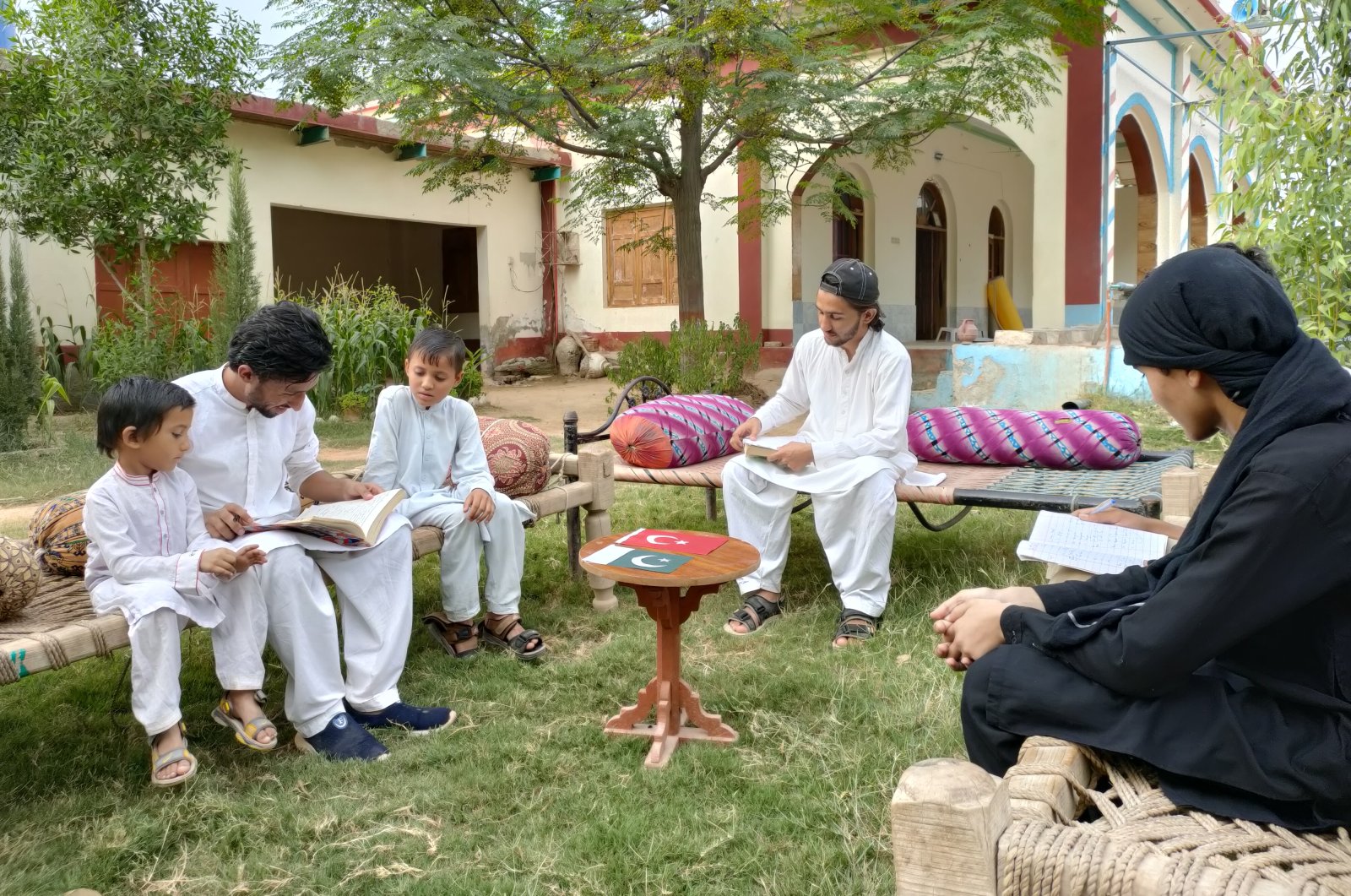 Muhammad Omar Orakzai is passionate about the Turkish language. The 21-year-old man found a new venue to share his passion after graduating from the Pak-Turk Maarif International School two years ago. In his village Bilitang near the Pakistani city of Kohat, Orakzai offers free Turkish classes to young villagers.

Orakzai graduated from the school run by Turkey’s Maarif Foundation in Pakistan’s Peshawar two years ago. Now a freshman in medical school, he started teaching Turkish to children in his village after graduating from the Turkish high school. He has taught Turkish, at various levels, to 15 people in his village so far. Sometimes, he made his home into a classroom for his students and sometimes they convened in the courtyard of the local mosque for lessons. His Turkish classes are occurring more rarely now that he has to focus on his university studies, but Orakzai has not given up teaching altogether. He also boasts that one of his students was admitted to the Turkish school he attended. Another student of Orakzai now makes a living by writing Urdu subtitles for Turkish TV shows, like Resurrection: Ertuğrul.

He told Anadolu Agency (AA) that he decided to teach Turkish to students in his village during travel restrictions due to the coronavirus pandemic. “They were already familiar with Turkish a bit because of the Turkish TV series they watched. Indeed, these shows made them more enthusiastic about learning Turkish. Some managed to learn how to speak Turkish in just two months,” he says. “I am happy to see how they succeeded.” Orakzai says he has never been to Turkey and hopes to travel there one day. Among his students are his own brother, Muhammad Zubair. Zubair says he plans to buy a web domain soon and give online classes for free to the Pakistani public.

His father Muhammad Sadiq says he is pleased with what his son has achieved in a village where people have few means to access higher learning. “It is even a great feat to be able to learn English here. My son learned Turkish and taught it to others. I hope every child in the village will be able to speak Turkish,” he said. Sadiq said children learning Turkish would contribute to friendly ties between Turkey and Pakistan.