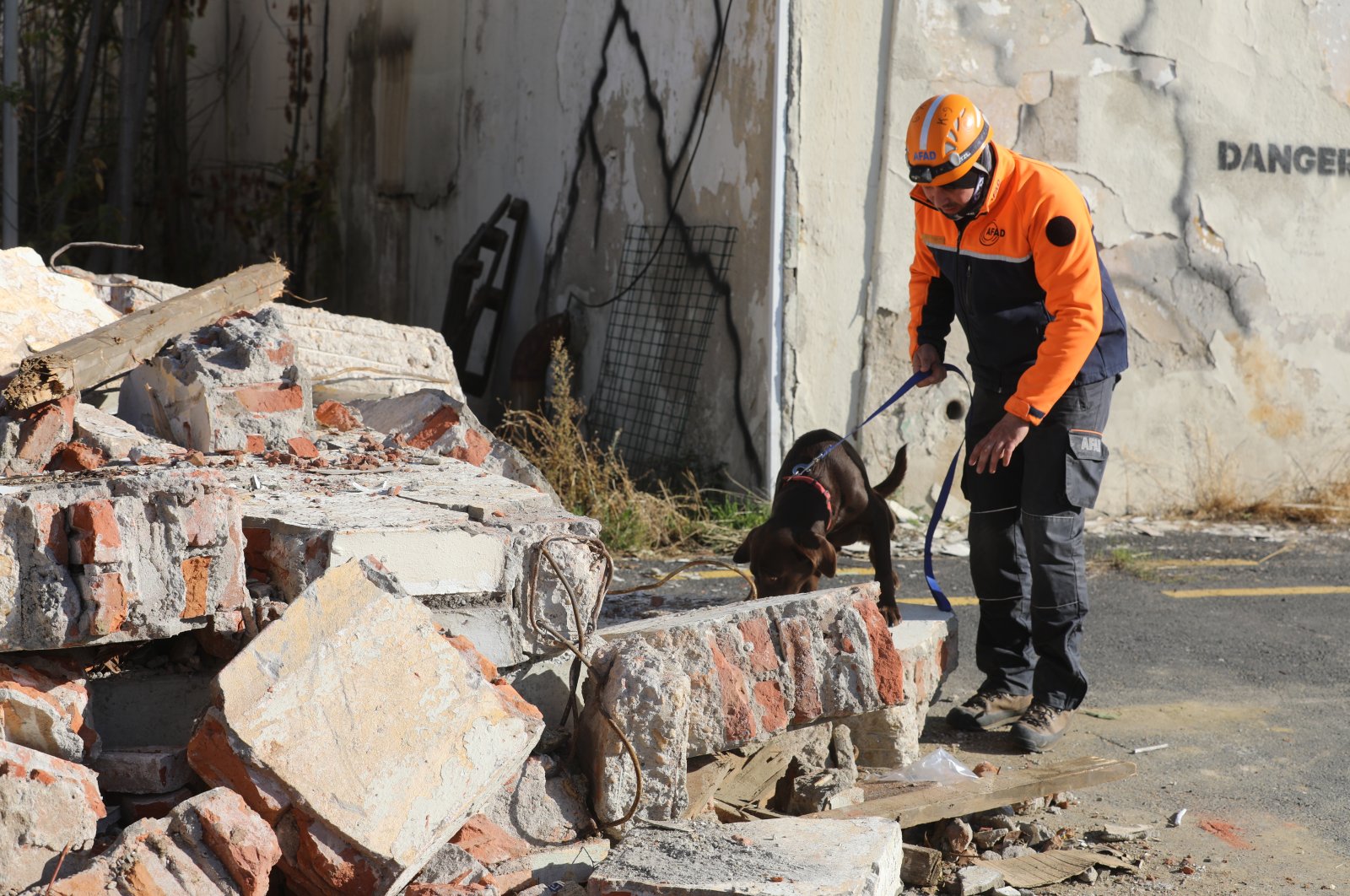 An earthquake preparedness exercise, part of the European Union Module Exercises (EU Modex), kicked off in the northwestern Turkish province of Tekirdağ on Friday. The exercise brought together search and rescue teams from across Europe and Turkey.

Turkey is hosting the exercise for the first time after a delay to last year’s edition due to the coronavirus pandemic.

A total of 1,715 people working in search and rescue fields from Turkey, France, Austria, Spain, Italy, Bulgaria and Greece attended the exercise held in an abandoned factory. Turkey's Interior Minister Süleyman Soylu and Nikolaus Meyer-Landrut, head of the EU delegation to Turkey, observed the training.

Teams simulated a massive search and rescue operation after a 7.4-magnitude earthquake amid the factory's ruins, rescuing the injured. The exercise covered multiple scenarios, from rescuing the survivors from high-rise buildings under the risk of collapse to extinguishing fires, using cranes for rescue, staging interventions to prevent accidents, searching for the missing at sea and aerial evacuation.

The exercise was organized by the European Union Civil Protection Mechanism and personnel from the Disaster and Emergency Management Authority (AFAD) and Search and the Rescue Association of Turkey (AKUT) participated in it.

Earthquake preparedness is of vital importance for Turkey as the country is crisscrossed with active fault lines. Both nongovernmental organizations and government agencies improved their search and rescue capacity following a deadly earthquake in 1999 that killed thousands in northwest Turkey. The last large-scale earthquake claimed 117 lives in 2020 in the western province of Izmir. Experts warn of devastating earthquakes, especially in the Marmara region, in the near future.

On Friday, an earthquake of magnitude 4.7 hit the Pütürge district in the eastern province of Malatya. No casualties or damage were reported, but it was a grim reminder that the danger still lingers in the country as it coincided with the anniversary of another earthquake that 23 years ago claimed 710 lives in the northern province of Düzce.