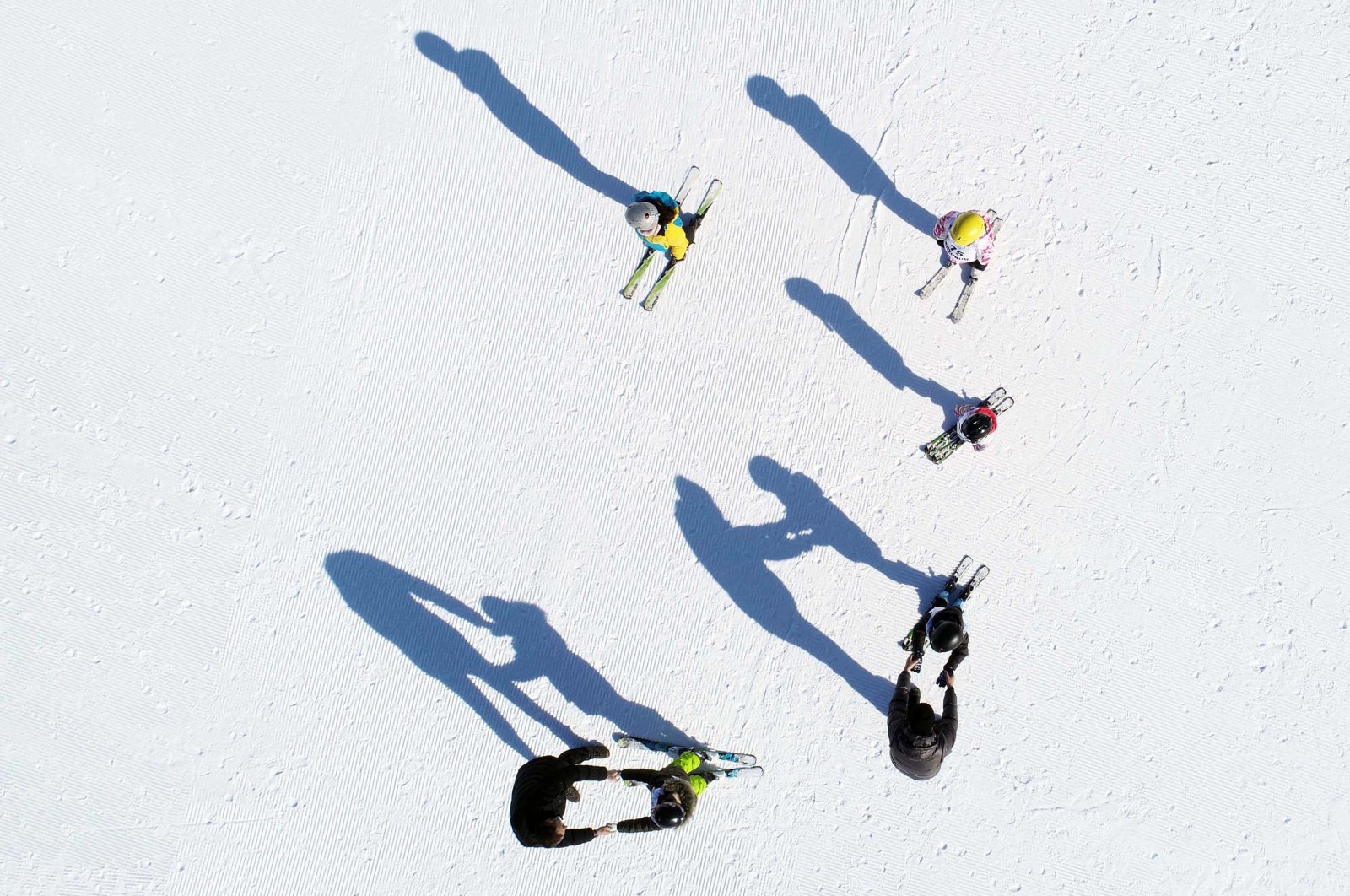 With the ski season in full swing and schools going into midterm break, here is a list of the best snowy resorts to make the most of a socially distanced sport during the weekend lockdowns

After an unusually warm start to the winter, the severe drop in temperatures during the past fortnight coupled with the arrival of snow throughout the country, including in Turkey’s western coastal provinces of Izmir, Çanakkale and Balıkesir, suddenly made the conditions for skiing, one of the best winter sports activities out there, ideal. With the start of the semester break this week and the recent lifting of weekend lockdown restrictions on ski centers, the sport has understandably become in high demand. Luckily, Turkey has a variety of ski centers catering to different levels and aspects of the sport throughout the country.

While up until earlier this month ski centers were subject to the weekend lockdowns and curfews in place across Turkey, it is now possible to ski or take part in other winter sporting activities during the day if you are staying at a ski center over the weekend. Guests had previously been allowed to stay at ski centers, many of which opened the season last month, but they were also subject to the weekend and three-day New Year’s curfews. Luckily for snow bunnies and ski lovers, this particular pandemic restriction has now been lifted and, thankfully for many, just as the semester break comes into play. Schools went on a break Friday for three weeks this year, an increase from the norm of two, and will not resume until Feb. 15.

In order to stay at a winter resort and ski over the weekend, guests must have prior reservations and provide their codes from the Health Ministry’s track-and-trace Life Fits into Home (HES) application. While day-trippers are allowed to visit and ski on weekdays, the only guests allowed on the slopes or in the hotels on the weekends will have to be booked in for the entire weekend at most resorts. As per COVID-19 guidelines, centers are operating at two-thirds capacity and disinfecting all ski gear daily. With the sport already being an individual and distanced one that requires no physical contact but demands protective gear, including helmets, people are flocking to enjoy this pastime now that the slopes have been properly blanketed in snow.

Located just 10 kilometers (6.2 miles) south of the city of Bursa and less than 200 kilometers from Istanbul, Mount Uludağ is considered Turkey’s largest ski resort. In past years, there would have been blowout parties with performances by Turkey’s most prominent musical figures held on both New Year’s Eve and during spring break. However, as we all know, this year is a bit different. However, the ski town still has a lot to offer, especially with its 28 kilometers of slopes and 24 lifts for Alpine skiing, snowboarding, ice skating and snow biking, with dozens of comfortable accommodation options.

A close second favorite for Istanbullites especially, Kartalkaya is located in the pine forests of the western Black Sea’s beloved Bolu province, 38 kilometers southeast of Bolu city and just over 260 kilometers from Istanbul. The ski center has over 20 kilometers of slopes for skiing and snowboarding and 18 ski lifts as well as ample accommodation options.

While the previously mentioned ski towns are favored for their proximity to Istanbul, Mount Palandöken and its namesake winter resort and district located in eastern Erzurum province, is the real deal for more advanced skiers. Established for the 2011 Winter Universiade, there are 55 runs totaling 71 kilometers, including two of the longest in Turkey that are suitable for slalom skiing. In addition to an ice wall, zip line and giant swing, there are also night skiing, albeit within the bounds of the curfew, and aerial and gondola lifts in addition to chair lifts. Accommodation is available at the ski resort or in the town of Erzurum, which is located just 7 kilometers away.

Northwestern Kocaeli province's Kartepe gets a shout-out for its proximity to Istanbul. At just over 100 kilometers away, this is the nearest ski center to Istanbul and is popular as a day-trip destination. Less than half an hour’s drive from picturesque Sapanca Lake, Kartepe is a favored getaway spot year-round and has plenty of local accommodation options. Simpler and newer than its predecessors, the ski resort offers four lifts and a dozen runs that are ideal for beginner and intermediate skiers.

Located in the central Anatolian province of Kayseri, the Erciyes Ski Center is becoming a favorite skiing destination for experts in the sport. The location, on top of the nearly 4,000-meter volcanic summit, even reached semifinalist status in a poll by the U.K.-based website Goforski.com on the best skiing destinations in Europe and is set to be included in the European Commission’s European Destinations of Excellence Network (EDEN). The ski center hosts 34 different runs ranging from easy to difficult, totaling 102 kilometers of slopes, with nearly 20 lifts. Accommodation options are available at the center or in the colorful city of Kayseri, located 28 kilometers away.

The Sarıkamış Ski Center in eastern Turkey’s Kars is another picturesque destination for skiing. There are five ski runs at Mount Cıbıltepe, the longest of which is 12 kilometers, and the area is laden with pine trees. There is limited accommodation at the resort but more options in the town of Sarıkamış. A favorite pastime at this particular destination is to take a ride on a horse-drawn sleigh.

Located in southern Turkey's Isparta but known for its proximity to Antalya and its views of Eğirdir Lake, Mount Davraz and its namesake ski center has 12 runs and 19 kilometers of slopes. There are also affordable accommodation options at the center or in Isparta, which is 28 kilometers away, making it an easy getaway from Antalya.

Located between Kastamonu and Çankırı in northern Anatolia's Ilgaz mountain range, this ski center is situated in the pine forests of Ilgaz National Park. Another picturesque destination to ski, albeit smaller – with just four runs, the longest of which is less than 1.5 kilometers long, and admittedly fewer accommodation options. However, it is located 200 kilometers from Ankara, with Kastamonu being the closest airport.