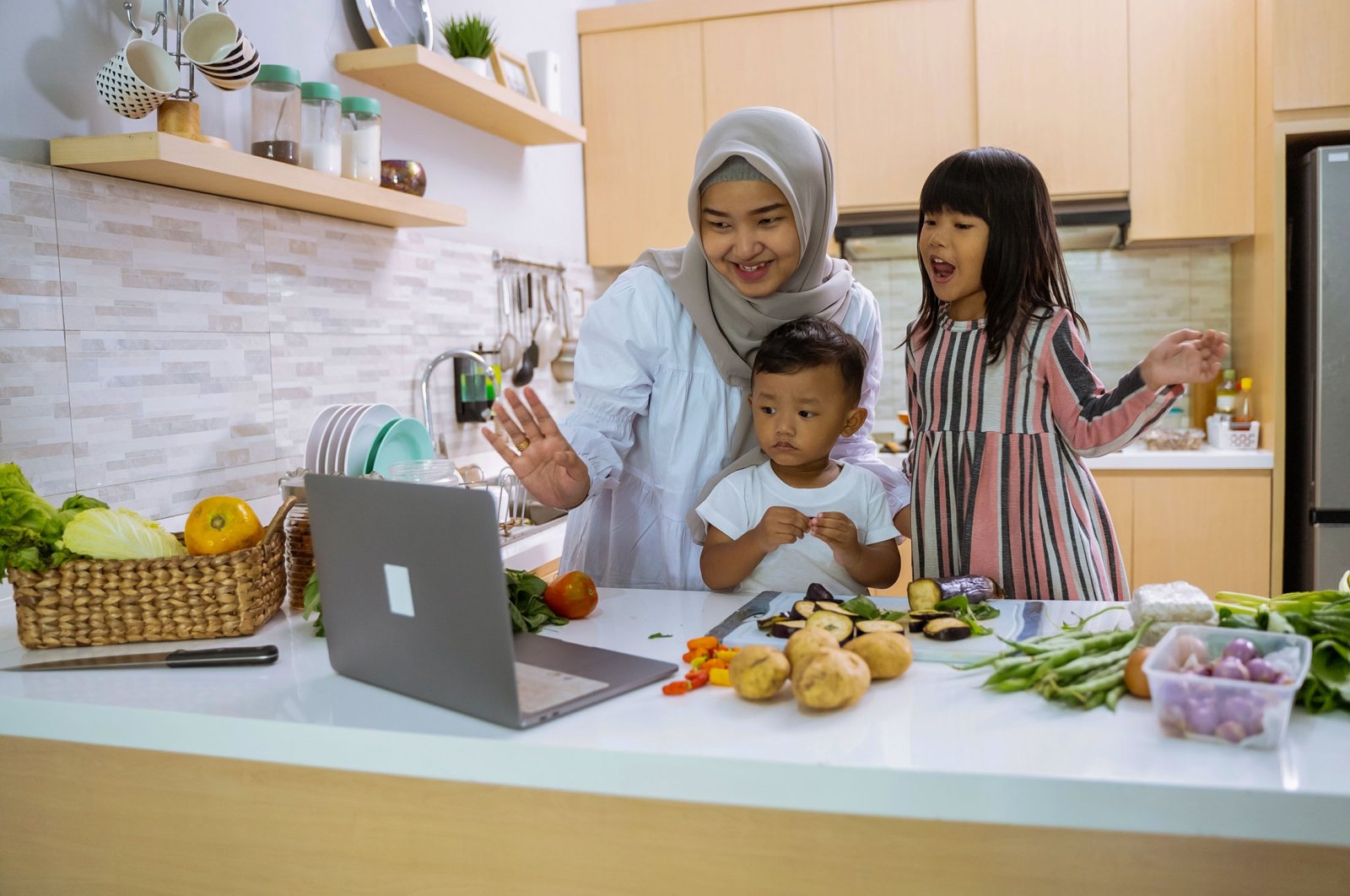 This May, expats will be able to join online iftars organized as part of the Muslim Arts and Culture Festival. (Shutterstock Photo)
by Leyla Yvonne Ergil May 03, 2021 11:15 am
Edited By Yasemin Nicola Sakay

From panels on the importance of consent in relationships and a virtual iftar to talks on Turkey's future with the EU and a digital book launch, there are plenty of events to attend in May for expats

While the globe continues to grapple with the COVID-19 pandemic, we have become well-versed in virtual learning, bonding and networking experiences. Digital events now allow us to transcend borders and while we may feel locked down at home, in fact, a whole new door has been unlocked for us online. In the past, elite conferences were restricted to affiliates of the prestigious universities that host them, book launches were restricted to bookshops themselves and parties were in-person. Well, that has all changed for now and from some perspectives has resulted in allowing for a wealth of new experiences all from the comfort and safety of your own computer screen.

Check out some of the highlights of this month’s virtual events involving or somehow related to Turkey:

Jenny White is a writer and social anthropologist that has penned multiple books on Turkey, both novels and nonfiction. White is most well-known for her "Kamil Pasha" series, namely the murder-mystery series: “The Sultan’s Seal,” “The Abyssinian Proof” and “The Winter Thief,” which are all set during the waning Ottoman Empire. On Tuesday, May 4, White will take her readers to an entirely different time period and format by introducing her newest novel “Turkish Kaleidoscope: Fractured Lives in a Time of Violence.” It weaves together the experiences of four students in Turkey in the 1970’s, which was a notoriously politically tumultuous time for the country. This newest adventure draws on White’s personal experiences and interviews, and comes in the form of a graphic novel with illustrations by Ergün Gündüz, who is also the illustrator of the newest "Vampirella" comic book series, released in March. This event, serving as a digital book launch, is being hosted by the Stockholm University Institute for Turkish Studies, where White has been a professor for the past five years. Starting at 6 p.m., this event is free and will take place on Zoom, however, prior registration is required, which can be done by visiting: su.powerinit.com.

May 6: The Future of Turkey-EU Relations

On Thursday, May 6, the second edition of an online conference series tackling the topic of Turkey and European Union relations will have esteemed speakers discussing the current status of Turkey-EU relations and identifying ways cooperation on regional and international matters such as the crisis in the Eastern Mediterranean could be achieved. Organized by The Circle Foundation, a think-tank based in London that focuses on Turkey-U.K. relations, “The Future of Turkey-EU relations: Cooperation or Competition in Foreign and Security Policy? (Series 2)” will have Ambassador and Director General of Policy Planning at the Ministry of Foreign Affairs of Turkey Burak Akçapar, managing director for Europe and Central Asia at the European External Action Service Angelina Eichhorst, President of the Paris Bosphorus Institute and a lecturer at Galatasaray University Bahadır Kaleağası, senior research fellow at Barcelona Centre for International Affairs (CIDOB) Eduard Soler i Lecha and professor Taras Kuzio from the Department of Political Science at the National University of Kyiv Mohyla Academy. The panel will also be moderated by Ayça Aydoğdu, a presenter for Turkey’s English-language public broadcaster TRT World. Free to attend and held in English, the conference will begin at 9 p.m. Turkish time and registration is possible via Event Brite.

May 7: Ottoman 'Frontiers' in Russia and the Indian Ocean

On Friday, May 7, NYU’s Advanced Russian Studies and Ottoman and Turkish Studies departments will be hosting a panel discussing the borders and boundaries of the Ottoman Empire with a focus on Eurasia and the Indian Ocean. Topics such as the annexation of Crimea by the Russian Empire, the final two years in the life of the famous Ottoman military officer Enver Pasha and how the Ottoman Empire influenced the Gulf region and the Indian subcontinent will be covered. The panel will be moderated by Kent F. Schull, assistant professor of Ottoman and modern Middle East history at Binghamton University, and will be followed by a 30-minute Q&A session. This free event will begin at 7:30 p.m. Turkish time (12:30 p.m. Eastern Standard Time) and held on Zoom. Registration is required and possible via nyu.zoom.us.

Inter Nations is the world’s largest professional expat networking association that hosts chapters in cities all over the world, including five in Turkey alone. While the organization’s pre-pandemic tradition was to host monthly get-togethers, since the COVID-19 pandemic, Inter Nations’ members have gotten creative by arranging a variety of socializing online parties that are open to attendance by multiple chapters from different countries. This Saturday, May 8 will be one such event taking place in the form of an online “Superheroes Costume Party” open to members from the Istanbul, Brussels, New York and Reading chapters. Taking place from 8:30 p.m. to 10:30 p.m. on Zoom, participants are encouraged to dress up or don makeup representing their favorite superhero. There are well over 300 members signed up thus far and as par for these types of parties, there will be a variety of breakout rooms for different music and conversations among attendants.

May 9: Mac Fest’s iftar in Dubai

Mac Fest U.K. is a Muslim Arts and Culture Festival taking place during the month of Ramadan by hosting over 70 virtual events, most of which are free. This festival is the brainchild of prize-winning Pakistani novelist and peace activist Qaisra Shahraz as a means to fight Islamophobia and all forms of discrimination. In addition to hosting online iftar events held in different cities throughout the world offering the opportunity for Muslims and non-Muslims alike to learn more about the history and traditions of different Muslim communities. The event is free and will begin at 11 p.m. and registration is available on Event Brite.

May 24: Panel entitled 'Conversations on Consent'

Philia, a women’s empowerment and leadership program active in Istanbul as well as globally and in normal times hosts regular discussions and meet-ups for women in English, will be organizing a panel event on Monday, May 24 entitled “Conversations on Consent.” The panel, which is free to attend and will take place in English online from 7 p.m. to 9 p.m., will have a moderator leading the discussion followed by a Q&A session with the digital audience in attendance. Expat organization Yabangee and the multicultural social youth organization Istanbul&I will also be collaborating in the event.