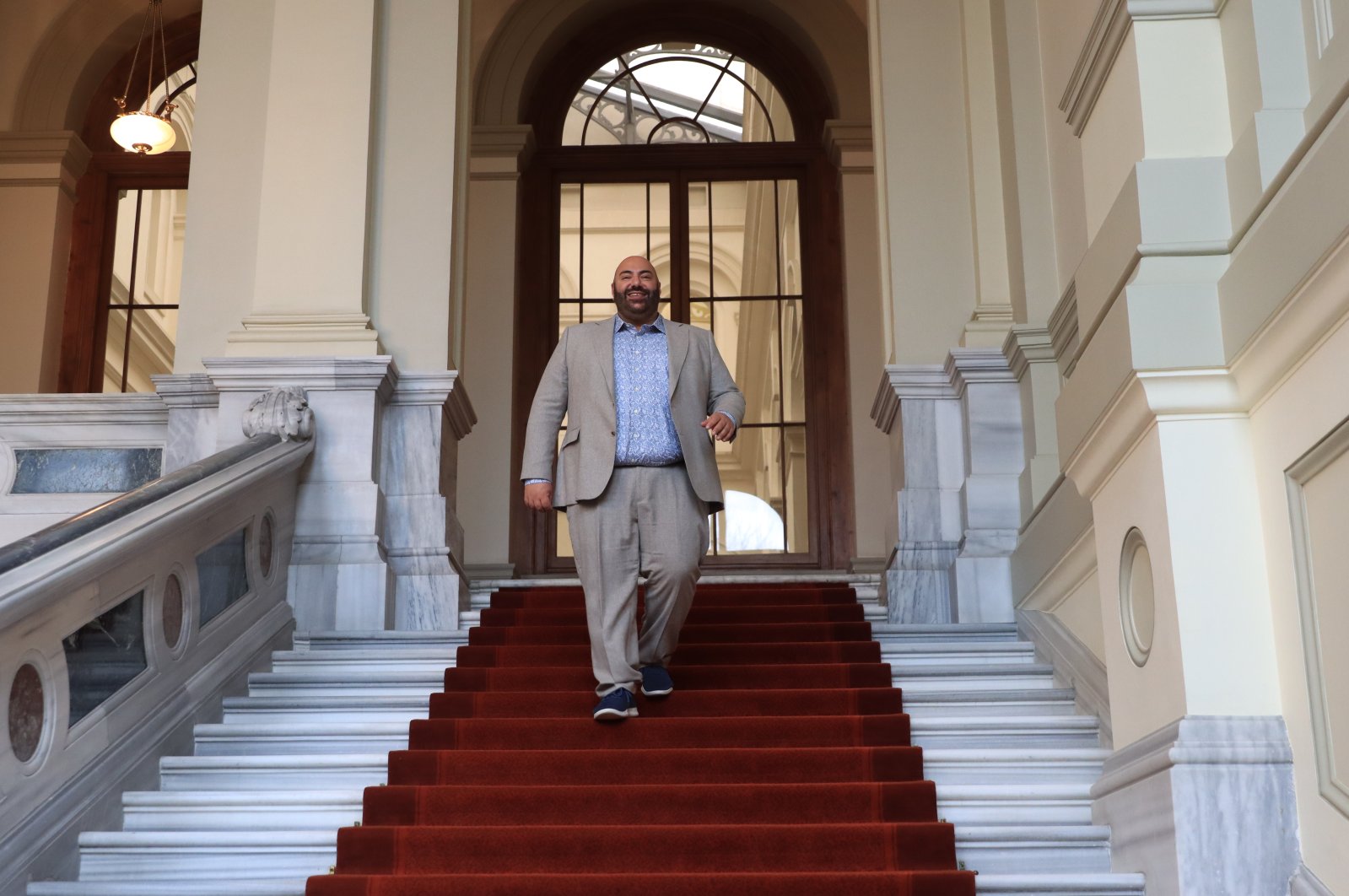 Kenan Poleo, who was appointed as the British consul general in Istanbul and trade commissioner for Eastern Europe and Central Asia last September, is proud of his Turkish roots. Working and living in Istanbul has been a "dream job" for Poleo, who speaks fluent Turkish despite his Turkish Cypriot family having settled in London decades ago.

The consul general recounted his childhood in London and his experiences in Istanbul to date in an interview with Anadolu Agency (AA) on Monday. Born into a Turkish Cypriot family, who settled in the United Kingdom in the 1950s, Poleo is the namesake of Kenan Pars, the late Turkish actor who made a name in Yeşilçam films playing the tough, bad guy and found a fan in Poleo's father.

He says he grew up in a South London neighborhood, watching Turkish films and listening to songs by popular Turkish singers from Ajda Pekkan and Orhan Gencebay to Bülent Ersoy. His roots and a multicultural circle of friends drove Poleo to study East Mediterranean History at Birmingham University, followed by a master's degree in Turkish Studies at the University of London's School of Oriental and African Studies (SOAS). After a stint at the National Health Service (NHS) as a practitioner and then manager, his interest turned to diplomacy. His diplomatic career took him to British embassies in Ljubljana and Berlin before he was assigned to Istanbul, the "city of my dreams."

"My parents were very young and penniless when they arrived in London. It was a difficult life for them, at a time of racism. There was migration to London from Cyprus, Africa back then and Istanbul now resembles the London I grew up, as both have a mixture of people from different corners of the world," he says.

The youngest in a family of five, Poleo says he tended to speak English at home but would communicate with his grandparents in Turkish. "I did not have a fancy accent. It was more like a 'family Turkish,'" he recalled. "What we had in London was Turkish culture. We grew up with Turkish films and music. I remember dancing to Turkish songs, like Ajda Pekkan's 'Petrol,'" he says, referring to Pekkan's entry in the 1980 Eurovision song contest.

Poleo links his diplomatic skills to his past, skills he honed working at his father's shop interacting with customers and at school amongst his Turkish, Greek, Arab and African peers.

He said his family always valued their Turkish Cypriot culture and they would visit his parents' homeland. "I was perplexed when I first traveled there in my childhood, seeing animals on the streets. I was a London kid and I remember telling my parents to take me back to my hotel," he recounted.

Poleo first visited Istanbul when he was about 18 and was introduced to a "crowded, noisy" city. "But people were hospitable and I liked Istanbul very much," he said. "Istanbul has always been my dream city. I had the opportunity to stay in Berlin for two more years but I picked here. I am very lucky. I liked being here very much. I meet new people every day and learn about new things. I meet innovative, enterprising people. We have very good communication with people. They greet me in Turkish and I feel like I live in my own neighborhood. My assignment is only for four years but I really do not want to leave. We have so many opportunities to strengthen ties between Turkey and United Kingdom," he said.

"I love this big city energy here. I did not have much time to travel around but I like Beyoğlu and Kadıköy. I like lahmacun and baklava and the sea here. On every corner, you can find splendid views. This is a really beautiful city with historic and cultural diversity and beautiful architecture. It is like a living museum," he added. He now plans to travel to other Turkish cities, once COVID-19 cases drop and the weather "gets warmer." "I will travel to Izmir, Gaziantep, Adana, Mersin and Trabzon. I want to explore entire Turkey and will work to bolster the bilateral relations of our countries."