When the lights go out: How to handle electricity cuts in Turkey 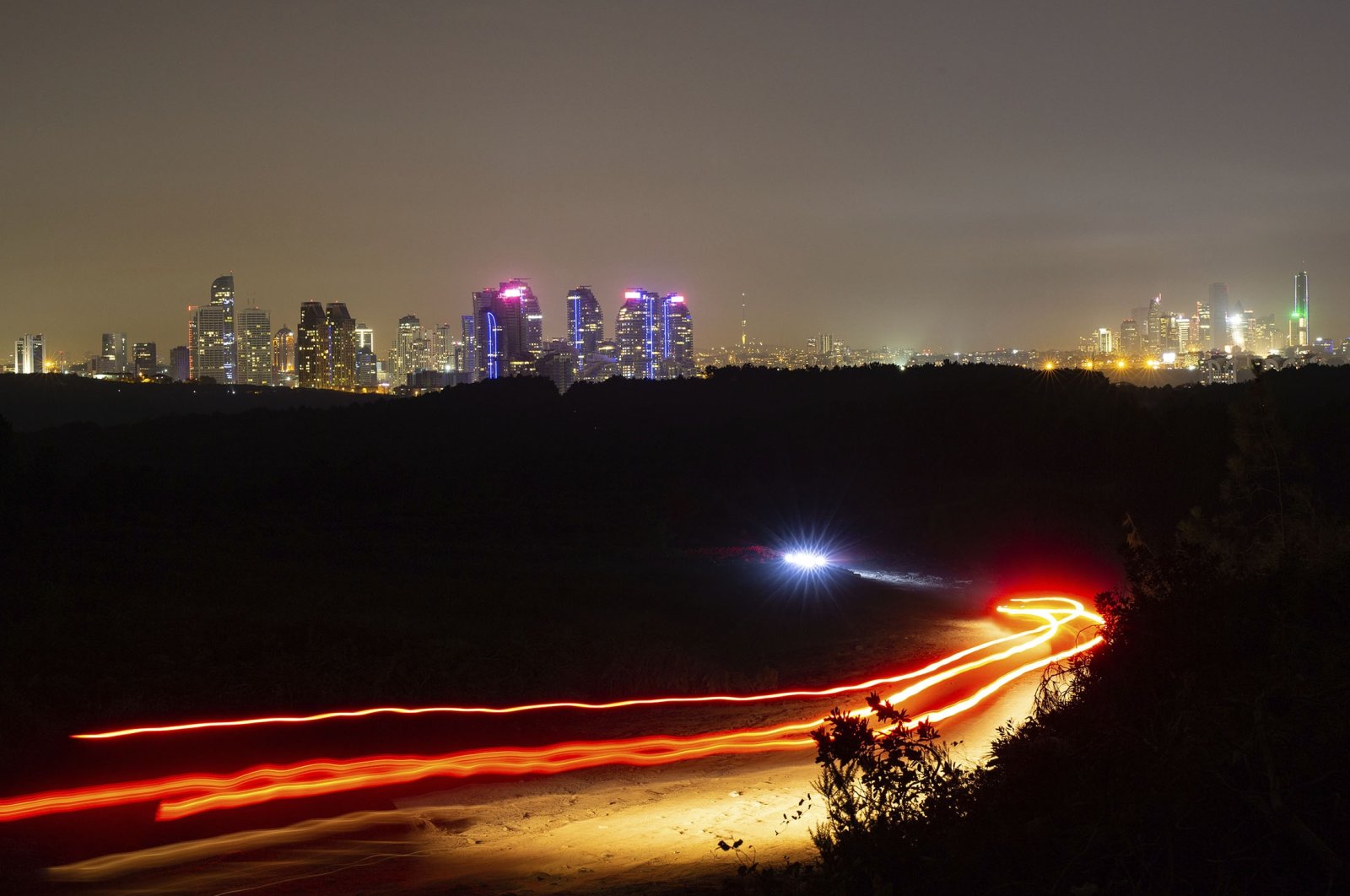 Call it a power outage, power failure or blackout, when you experience electricity cuts in the middle of winter, you may be greatly caught off guard. Here's how to prepare for one if you live in Turkey

The past few week’s strong winds and heavy storms, which even brought snow to places like Bodrum and Izmir, also resulted in significant power outages, as many of us residing in the southwestern province of Muğla will know. Now whether it was due to the strong winds, with gusts of up to 50 kilometers (31 miles) per hour, or the relentless thunderstorms we don’t know. There was also a severe drop in temperature leading to an increase in usage, which coupled with the rise in the region’s population of late due to COVID-19 lockdowns, could have also been an influencing factor. For the past year, Turkey's western and southern coastal towns have been inundated by a mass exodus of city folk looking to escape concrete jungles while cooped up at home, yet the infrastructure of these municipalities have suffered breakdowns because of this unprecedented and long-term population boom.

Nonetheless, I know I spent two days without electricity for a number of hours reaching into the double digits over the weekend, in which there was also a nationwide curfew, which resulted in having a lot of time to think about life without electricity and how to be better prepared for the next time the lights go out. Here are the steps you should take in the event of a power outage.

First and foremost, when the electricity suddenly goes out, the first thing that needs to be done is to check the fuse box and make sure the cause is not simply the fuse switching off. To do so, of course, you might need a flashlight and thus it is just good practice to keep your phone charged and ideally a conveniently placed flashlight on hand. While the brighter the light the better, having a head flashlight, which leaves your hands free to navigate through the darkness, is the ultimate way to be prepared for possible blowouts, especially if the outage takes place at night, not to mention being lifesaving in a possible earthquake. Other niceties to have on hand include candles, solar lamps and even gas lamps.

If the fuse has not tripped, then the next step is to check to see if the neighbors have also lost electricity in order to pinpoint where the outage is localized. Almost all providers have their own websites to announce planned maintenance or large-scale outages, with regular updates pertaining to planned times for the restoration of power, so it's best to have a look online before you take other actions. If no information is available, your next move should be to make a call to the number 186, which is the emergency line for electricity providers in Turkey. After dialing, there is the option to continue on in English or Turkish, in which callers are requested to provide their province and reason for making the call. In addition to requesting an address, customer service operators will ask if it is a local outage, as in just in your home, or whether the electricity is also down in the surrounding neighborhood. Keep in mind that the phone operators may not be able to provide the reason for the electricity being down, but they will issue each call a case number, which you can follow up on. Some providers also have a WhatsApp messaging number, where one can inform of the electricity problem via texting.

After that, there is nothing else to do but wait and adopt a positive attitude, while also taking measures to brighten up your environment. Once you have sufficient light, then all you are missing are the comforts of technological gadgets such as heating, which is, of course, important, and other less critical electronics used in the kitchen, for entertainment or work. Heating is on par with the difficulty of darkness, as when the electricity goes out, many of us are dependent on inverter air conditioners or other plug-in electrical heating systems to secure our warmth. Hence, when the electricity goes out, so does the heat and it can get quite chilly fast. The key is to dress warmly for the temperature drop and preserve the heat in the home and body or create some by exercising. Physical activities such as yoga or stretching are excellent methods to warm the body and relax the mind while whiling away the time.

Most Turks residing in coastal and rural areas will not suffer much heat loss since traditional homes in these areas are equipped with stand-alone wood burning heaters referred to as “sobas” and/or fireplaces, one of the many unique pieces that make a house "a home". Thus, their heating systems are not dependent on electricity, which eliminates one of the greatest frustrations when electricity lines are down.

In fact, traditional Turks are well equipped to weather out any storm and to comfortably live off the grid. Many rural homes will have gas hobs and even some are equipped with wood-burning ovens. The soba is also regularly used to boil water for tea or to roast chestnuts, toast bread and even cook up a stew. Some Turkish homes also have a “semaver,” referred to in English as "samovar," a tea urn that has its own compartment to burn coal or kindle to boil water. All of these items, from sobas to semavers to oil lamps, can also be prized and practical antiques to decorate a home. This is especially true if, like me, you just happen to have an electric stovetop. Another possibility is to purchase a “mini tüp,” which is a small gas canister that by using a portable stove ring can serve as a campfire stove.

Of course, there are also home generators that work with fuel as well as small-scale generators that can operate when running a car, which can also serve as an outlet to charge cell phones. The bottom line is that when we are without something such as electricity, which seems like such a basic need, it is an opportune time to be resourceful and reflect on how dependent we actually are on power lines. In my opinion, it is a wonderful opportunity for growth in more ways than one.

Keep in mind that situations such as electricity being down is relatively rare and can serve as an opportunity to take a break from our ingrained habits such as turning on the television and playing with our phones to instead spend some quality time with family or friends and oneself. If there is a storm, it is fun to watch lightning strike, and if not, to watch the sky’s stars. Some flashlights can provide enough illumination to read and engaging in hobbies such as music or gardening are relaxing ways one should be spending their time anyway and if not, then there is no better time to try meditating or contrarily contemplating the meaning of life.