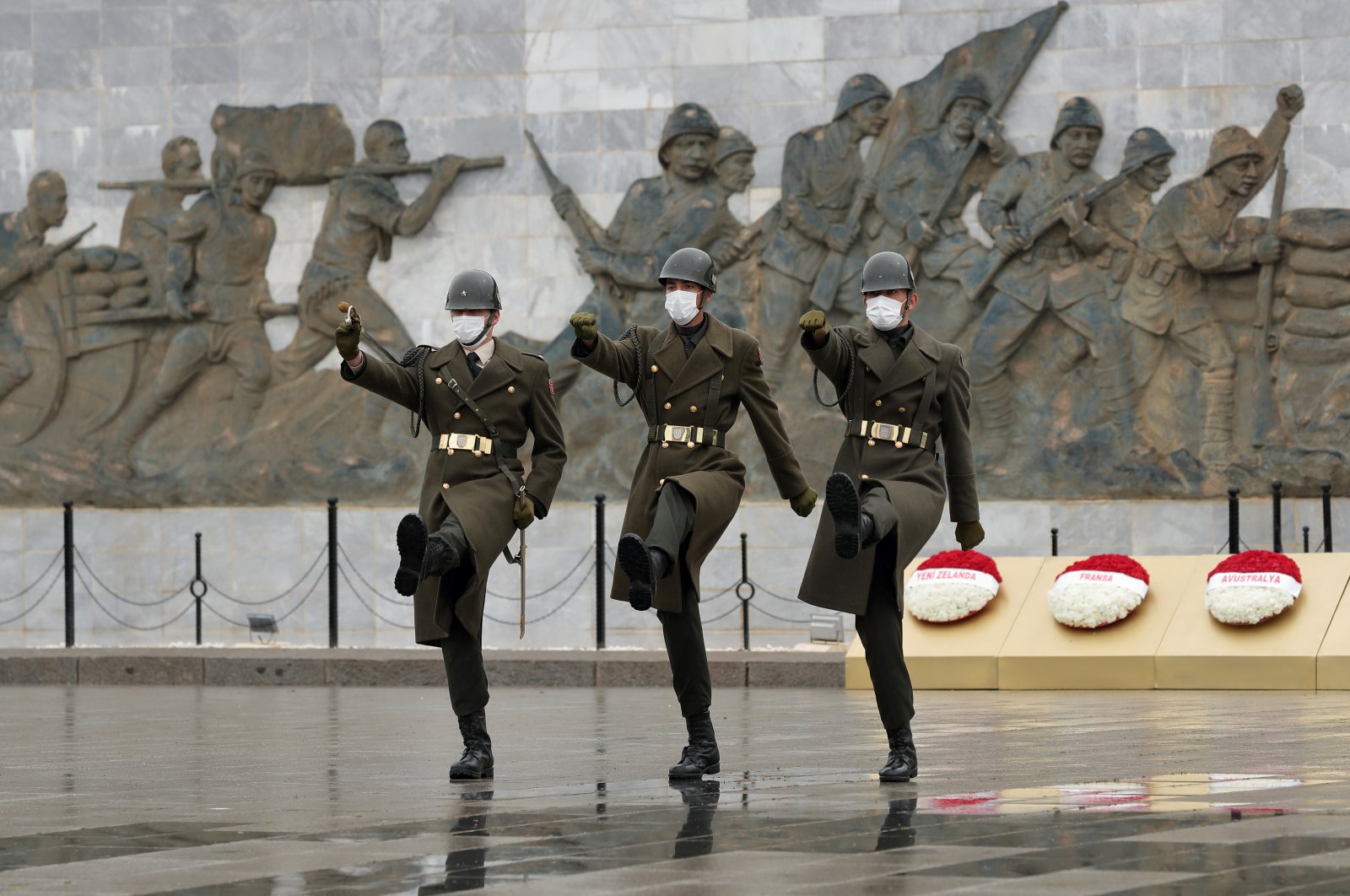 Turkish soldiers attend a wreath laying ceremony at the Turkish memorial to mark the 106th anniversary of the World War I battle of Gallipoli, in Çanakkale, Turkey, April 24, 2021. (Reuters Photo)
by DAILY SABAH WITH AGENCIES Apr 24, 2021 6:50 pm
RECOMMENDED

Ottoman and Allied soldiers who perished in the land battles of the 1915 Gallipoli Campaign were remembered Saturday in Turkey's Gallipoli in scaled-back ceremonies over COVID-19 restrictions.

Soldiers from Great Britain, Ireland, Australia, New Zealand, India, Newfoundland, South Africa and France fought and died during the Allied operation that started with landings on the peninsula on April 25, 1915. So did Ottoman soldiers who fought to protect their homeland, here, the Rev. Patrick Irwin said at the memorial site of Cape Helles.

The Helles Memorial is a Commonwealth battle memorial for the whole Gallipoli Campaign, as well as site to remember the servicemen with no known grave. The British ambassador to Turkey gave the welcoming address on Saturday. Representatives from all nations, including Sri Lanka, laid wreaths at the ceremony.

In his speech at the French Military Cemetary, Gauvin said that almost half of 1 million soldiers who fought in the battle were either killed or wounded, expressing his respects and gratitude for all fallen soldiers and their families.

During the Gallipoli Campaign, launched after the bitter Allied naval defeat at the Dardanelles Strait a month earlier, Allied forces aimed to take control of the peninsula to weaken the Ottoman Empire. The campaign failed, and the Allies withdrew after eight months of ground fighting and some 250,000 casualties on both sides.

The Ottoman victory did not prevent the end of the empire but propelled Mustafa Kemal Atatürk, a commander at Gallipoli, to lead Turkey's war for independence.