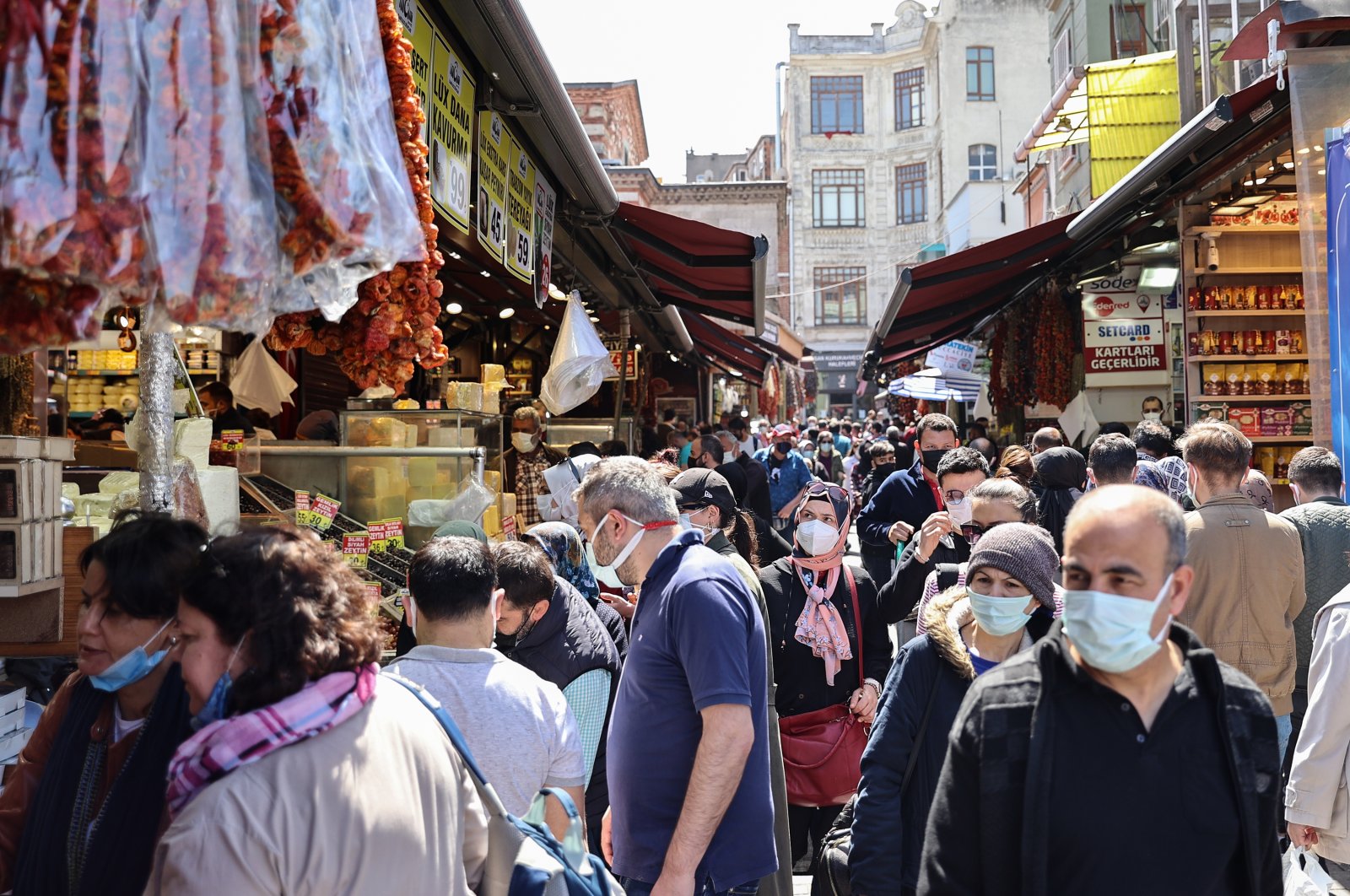 Turkey’s declining population trend is reflected by a drop in the size of the average household, from four people to slightly above three, while the number of households with only one person increased, the latest official figures published on Thursday show

Turkey grapples with worrying figures in terms of an aging population while it strives to increase its population. President Recep Tayyip Erdoğan’s famous advice to newlyweds urging them to have at least three children is the most basic testament to this need. The latest figures by Turkish Statistical Institute (TurkStat) confirm fears as family size has substantially shrunk in the past 12 years.

Black Sea province Gümüşhane had the highest proportion of one-person households, with 28.7% in 2020. It was followed by Tunceli and then Giresun, another Black Sea province. Diyarbakır in the southeast had the lowest proportion of one-person households, at 10.2%. It was followed by Van and then Batman in the east.

The family statistics also touched upon marriages between relatives, particularly among first cousins. The rate of such marriages was 8.4%. Southeastern province Mardin had the highest number of people married to their relatives, at 20.6% and it was followed by Şanlıurfa and Diyarbakır in the same region. This number was lowest in two northwestern, neighboring provinces, Edirne and Kırklareli. The marriages, between first cousins, which have long been a tradition in some parts of Turkey, are declining, according to TurkStat, from 5.9% in 2010 to 3.8% in 2020. The highest rate of “cousin” marriages was in Şanlıurfa.

TurkStat says, based on life satisfaction surveys, families are the main source of happiness for the majority of Turkish people, as 69.7% of people interviewed last year on the issue declared so.

On orphaned children, statistics show that 269,202 children lost their father last year, while another 80,798 lost their mothers.

The demographic shift is a major concern for the country, which now ranks 66th among 167 countries with a high elderly population as the inevitable aging phenomenon continues to grip the country. The latest official figures show that the number of people at the age of 65 and above has reached 7.9 million, a 22.5% rise in the last five years. Experts link the aging trend to several factors, particularly to better health care that prolongs life in the country, where longevity has shown a rise in recent years. In the meantime, the government strives to promote having more children among families with a string of regulations, from longer maternity leaves to incentives for working women who put off plans to have children in pursuit of a career. "One will grow up alone, and two will be rivals, so have at least three," President Recep Tayyip Erdoğan, who himself boasts a large family, is known to tell newlywed couples on every occasion.