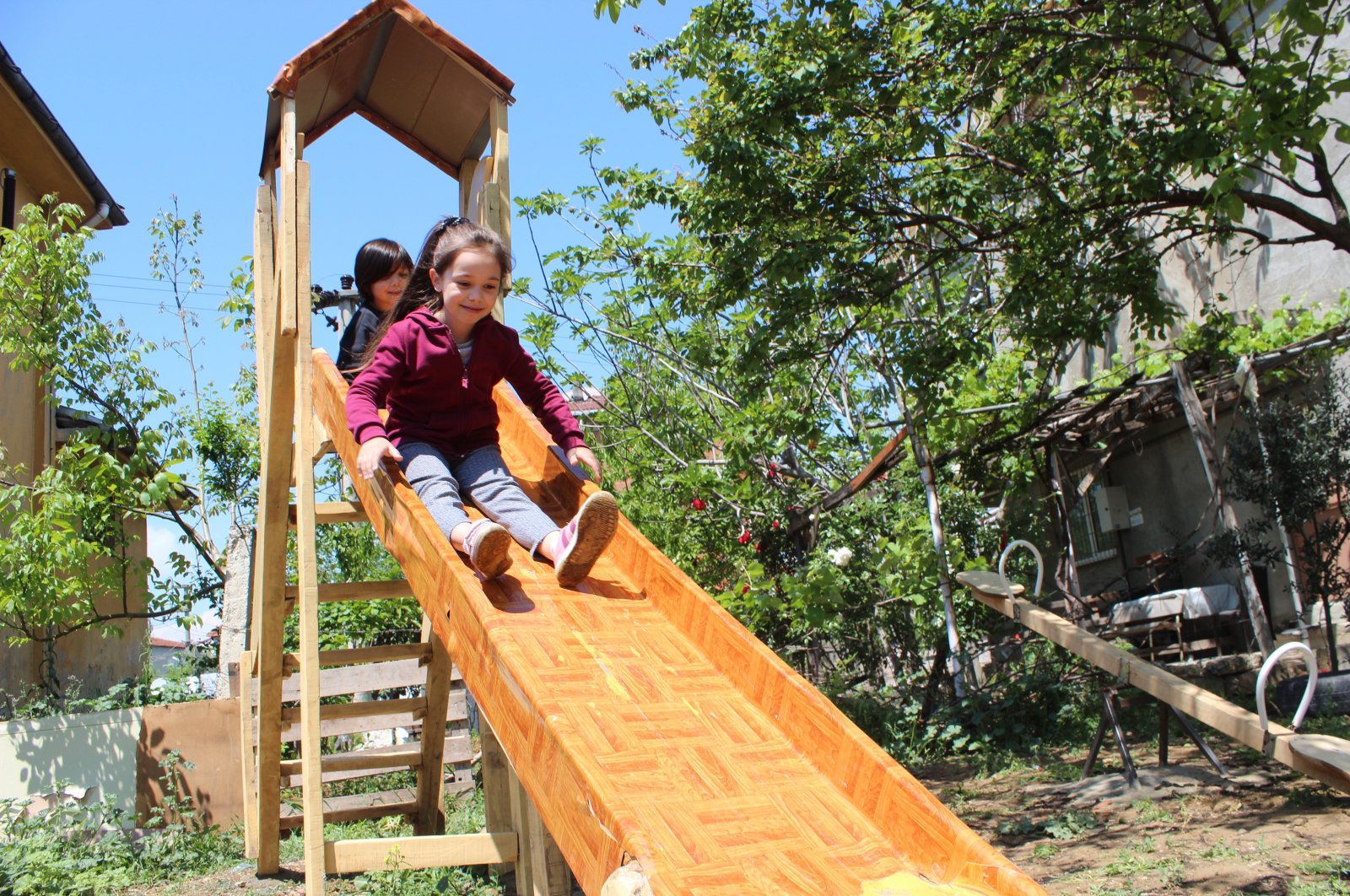 Statistics released on Tuesday show that the child population in Turkey is ahead of all European Union countries, but projections show that in a few decades, it will considerably shrink while an elderly population continues to grow

Three days before Children’s Day, celebrated on April 23, the Turkish Statistical Institute (TurkStat) unveiled Turkey's child population figures, with the numbers painting a positive outlook for the country's youngsters that constitute 27.2% of the total population; yet, projections indicate that a drop is eminent in upcoming years.

Turkey has boasted a young population since the early days of the Republic of Turkey but after a century of “youth,” trends appear to be changing, with elderly citizens inching toward making up the bulk of the population. President Recep Tayyip Erdoğan’s famous advice to newlyweds to have “at least three children” is firmly grounded in reality as longevity, stemming from a changing lifestyle and better access to health care, takes hold. Indeed, children constituted almost half of the population in 1970 before this figure dropped to 41.8% in 1990. Projections accompanying the TurkStat data point to the child population dropping to 26.6% in 2025 and further eroding to reach 20.4% in 2060.

Similar to statistics for adults, males outpace females in children, which currently stands at more than 22.7 million. Any citizen up to the age of 17 is considered a child.

Figures show that Şanlıurfa, a southeastern province, has the highest child population, at 45.3%, and is followed by Şırnak, one of the “youngest” provinces, which is also located in the southeast, and the eastern province of Ağrı.

Traditionally, southeastern and eastern regions of the country usually have large, extended families, which occasionally make up large “tribes.”

On the other hand, Tunceli, also an eastern province with a small population, had the least proportion of children at 17.3%. It is followed by Edirne and its neighbor Kırklareli in northwestern Turkey.

Children between the ages of 5 and 14 make up the majority of Turkey's child population. Statistics also delved into live births and showed that there were 1.1 million live births in 2019, the latest year with available statistics. They also show a slight increase in C-section births, which stood at 54.4%, despite campaigns to curb their number. Life expectancy at birth is around 78 years and higher for females. TurkStat says the remaining life span for children at the age of 7 is around 72 years.

Regarding children’s health problems, the survey shows that 2.2% of children experienced visual impairment. Respiratory infections are the most common diseases affecting children up to the age of 6, followed by diarrhea and anemia.

For older children, respiratory diseases were the most common, followed by diarrhea, and oral and dental health problems.

“External injuries and poisoning” made up the majority of causes of deaths for children, with the number of children who died that way totaling 1,326 in 2019.