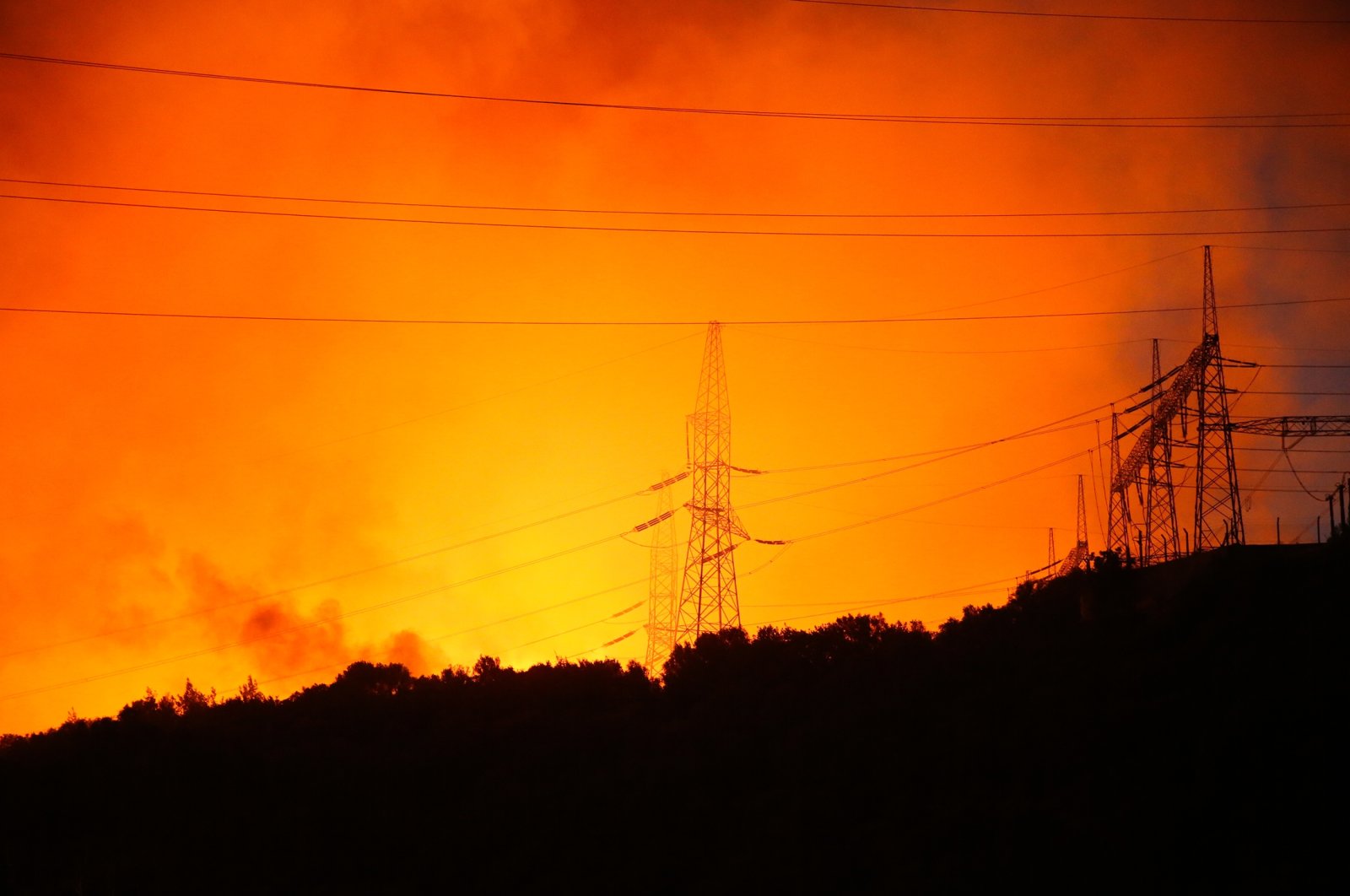 A massive blaze near the main power plant in the Milas district in Turkey's southwestern Muğla province has been contained early Thursday, reports said.

The blaze encircled the Kemerköy Thermal Power Plant, coming within just 1 kilometer (0.62 miles) of the facility. Authorities announced that ditches had been dug around the plant to prevent flames from reaching it.

The wildfires did not damage the main units of the coal-fired power plant, Presidential Communications Director Fahrettin Altun said on Twitter.

"The main units of the power station were not seriously damaged according to the initial examination following the evacuation of the facility," Altun said.

People in the power station and nearby residential areas were evacuated via a navy landing ship as strong winds fanned the flames.

Some 187 fires broke out in Turkey in the last eight days, President Recep Tayyip Erdoğan said late Wednesday during a televised interview, adding that 15 of them are currently ongoing.

“51 helicopters, 20 planes are engaged in operations to douse forest fires,” he said.

Turkey managed to bring most fires in over 30 provinces under control but new flare-ups are adding to the country's woes. Manavgat, where the first major blaze broke out one week ago, is still grappling with the flames as new fires erupt in the western provinces of Isparta, Denizli, Balıkesir and Manisa over the last two days.

Official figures from Tuesday show two fires underway in Antalya’s Manavgat and Gündoğmuş districts. Muğla has the most fires with five out of 13 blazes are still threatening popular vacation resorts and rural areas in the districts of Marmaris, Köyceğiz, Menteşe and Milas.