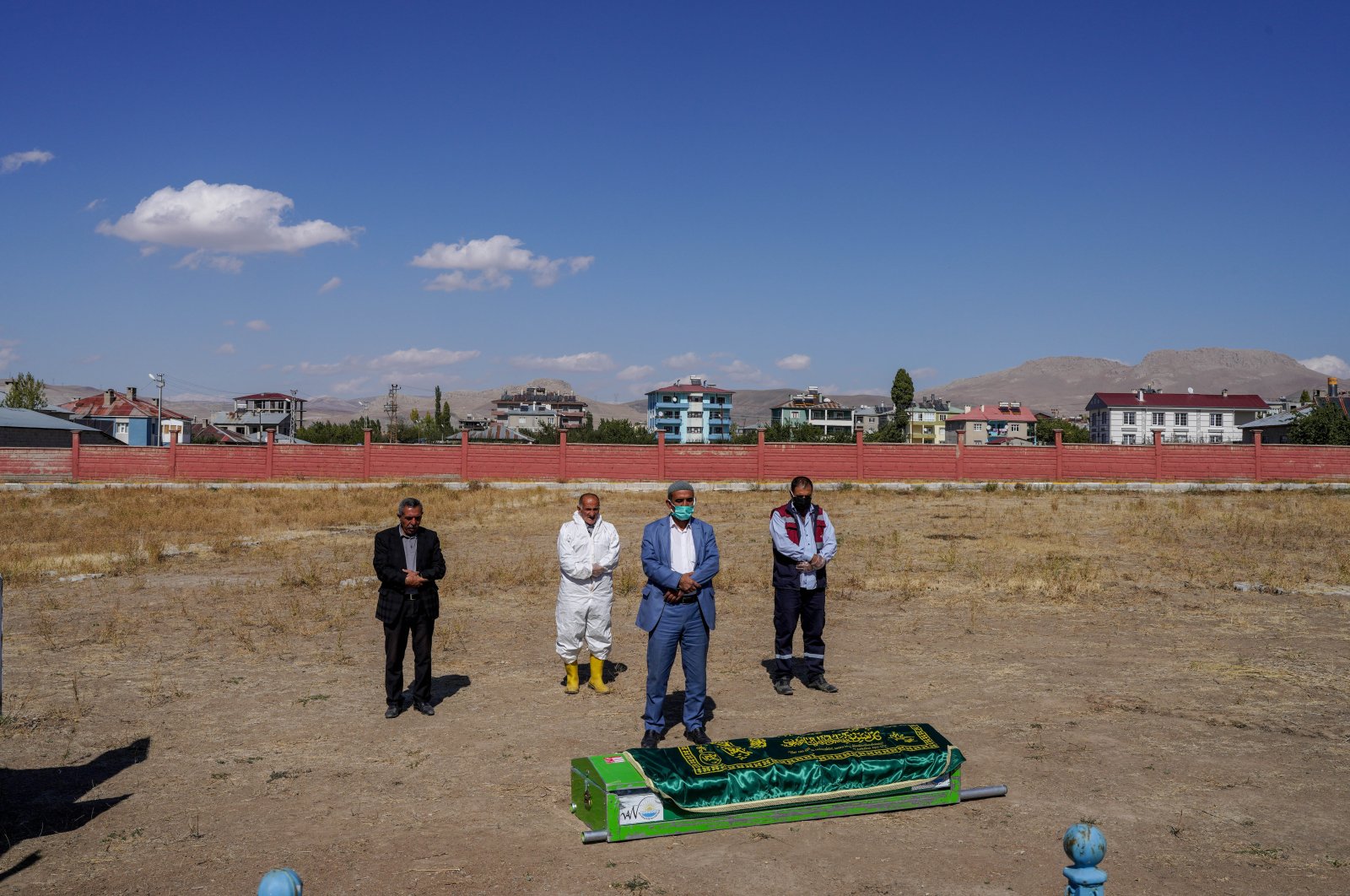 “There is only Allah and us for people who have nobody here,” Yakup Aydemir said. Aydemir, a native of the eastern Turkish province of Van, is among the few people attending the funeral and burial of illegal immigrants whose journeys brought them over the Iranian-Turkish border. Van is a hot spot on illegal migration routes from Asia and despite strict measures awaiting them, migrants still risk their lives to flee conflicts and poverty in their countries.

In one corner of the public cemetery, burial plots for “unclaimed” bodies grow by the day. Indeed, it is probably the biggest public cemetery for migrants from all around the world of its kind. Some seeking a better life in Turkey but most looking to Europe, illegal immigrants arrive almost daily to Van, in winter and summer. Some make it to western Turkey's big cities and from there, to Europe, which has grown increasingly unwelcoming towards migrants as conflicts have worsened across the globe. But the some 200 corpses are a testament to the ultimately perilous nature of the journeys taken.

Aydemir, a cemetery worker, buried hundreds of people who have no surviving next of kin, at the cemetery over the past seven years. The “work” was slim at first, but illegal migrants are keeping him occupied nowadays.

The migrant cemetery is the final destination for many people with sad stories but no names. It is the most diverse corner of the sprawling lot, where people from different countries, from Afghanistan, Pakistan and Iraq to even Nigeria, which lies thousands of kilometers away from Van and western Turkish cities more popular among illegal migrants, have been laid to rest.

Causes of death vary but all precede one goal: finding a safe haven and a place to make a living. Some among the dead froze to death in Van’s notoriously cold weather while navigating unforgiving terrain between Iran and Turkey. Others died of gunshot wounds after Iranian border troops opened fire on illegal migrants. More tragically, it is common for smugglers to cram migrants into minibuses and trucks and many die unexpected deaths in traffic accidents after defying death while scaling mountains in freezing temperatures for days with little protective clothing.

One thing that does not change in this final resting place for the migrants is the pale grey gravestones, a rough replica of the white marble gravestones of locals. Instead of names, sequential numbers are scribbled on the primitive stones. One reads “2184 Saray,” in reference to the district where the body is found while another next to it reads “2185 Çaldıran.”

It takes 15 days for a body to be declared unclaimed. Once the body is found, officials seek out their families and relatives. If none are found or come forward, the embassies of the countries from where the migrants arrived are notified. If this is unsuccessful, the body is diverted to the cemetery, after the coroner’s office receives DNA samples, which are kept for five years in case a relative shows up to claim the body after the burial.

Death may not be a lonely occasion for migrants who often travel in groups, but the burial definitely is. An imam and three cemetery workers are all who attend the Islamic funeral prayers and burial ritual.

Although Turkey’s western coasts had grabbed the spotlight in recent years due to increasing migrant deaths, journeys to Van also prove deadly more often than not. The province’s governor, Mehmet Emin Bilmez, said 23 illegal migrants froze to death this year and also pointed to one of the worst disasters to hit migrants last year, referring to the deaths of 61 migrants aboard a boat sinking in Lake Van.

Bilmez said although not all those buried in the migrant cemetery are illegal migrants, it is the case for most of the unidentified. He said that so far, they have exhumed the bodies of 36 migrants after their families showed up post-burial and returned the bodies to their next of kin.