186 arrested in nationwide ops against FETÖ terrorists in Turkey 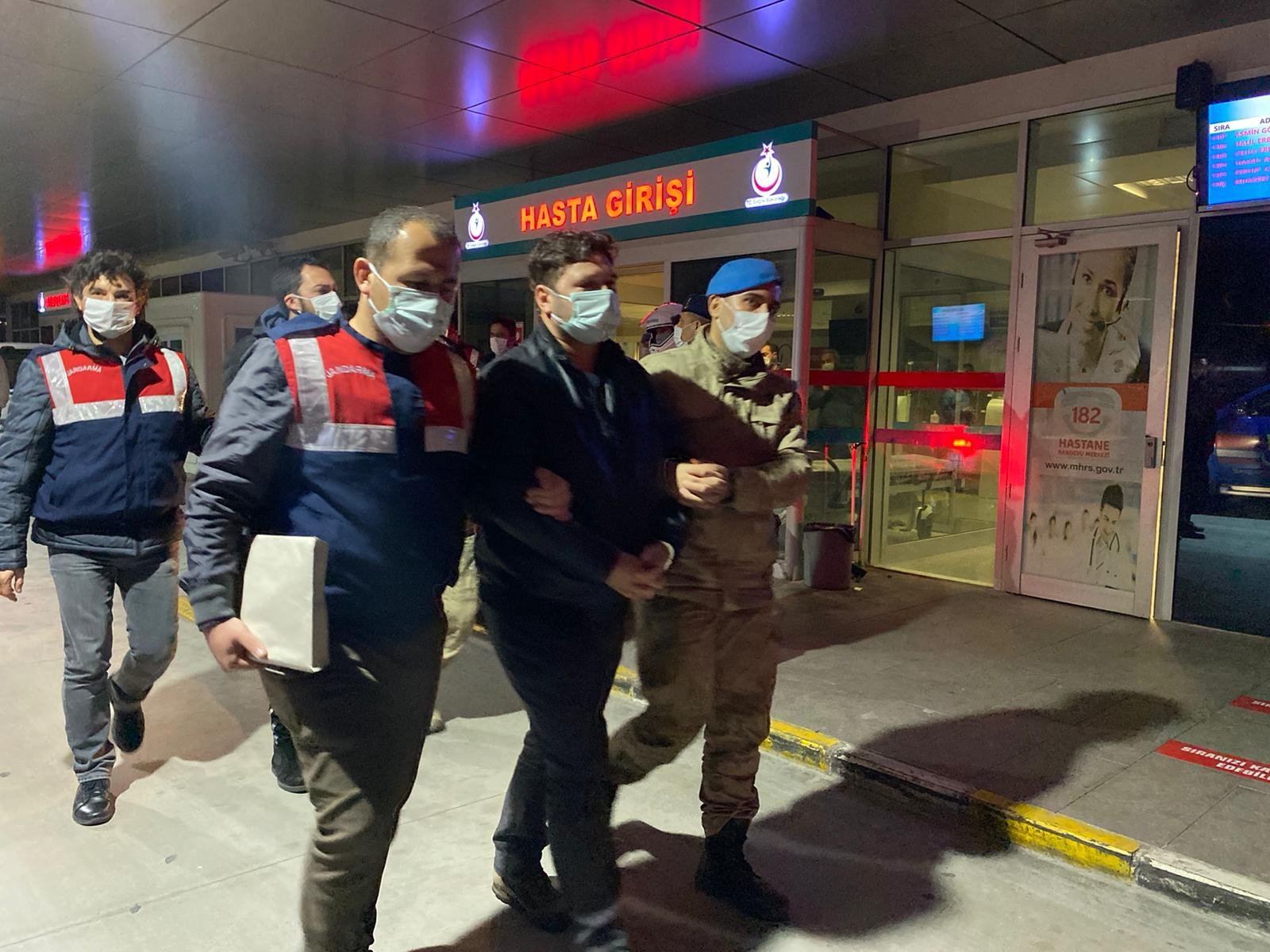 FETÖ, which instigated the July 15, 2016 coup attempt, faces a new round of operations, with 186 arrests among its military infiltrators as the army seeks to weed out suspected supporters of the terrorist group in its ranks

In a new wave of operations against the Gülenist Terror Group (FETÖ), security forces on Tuesday rounded up at least 186 suspects, from military personnel to teachers. Operations were held in dozens of provinces while several suspects were caught in separate operations by security forces in the Turkish Republic of Northern Cyprus (TRNC).

The biggest operation was in the western province of Izmir where the Chief Prosecutor's Office issued arrest warrants for 150 suspects, including 123 active-duty soldiers. All were arrested. FETÖ is known for its widespread infiltration into the Turkish Armed Forces and used them to carry out the July 15, 2016 coup attempt.

Colonels as well as lieutenants, majors, captains, sergeants and specialist sergeants were among those sought in the operations. The suspects are accused of communicating with FETÖ's "covert imams" – senior FETÖ operatives – via payphone. It was those communications as well as confessions of former members of the terrorist group that helped authorities to identify suspects. Payphones are one of the most commonly used methods of communication among highly secretive group members.

In a separate operation in the capital Ankara against FETÖ, warrants were issued for 19 suspects. Nine were arrested while a manhunt was underway to capture other suspects. According to the Chief Prosecutor's Office, the suspects are accused of communicating with covert imams via payphones. Those being sought with the warrants include 11 sergeants, three retired soldiers, two dismissed non-commissioned officers, one discharged military student and two covert imams.

A total of 10,836 members of the Turkish Armed Forces (TSK) face criminal probes in nationwide investigations, according to a report in the Sabah newspaper published last month. Prosecutors in Istanbul and Izmir had uncovered multiple networks of infiltrators in a string of operations since July 15, 2016. The majority of the alleged FETÖ infiltrators in the army serve or served in KKK while 3,802 are members of Turkey's Naval Forces Command (DzKK) and 1,047 others serve in HvKK. Only 60 among them were investigated for actively participating in the coup attempt, including five generals.

Investigations led to the dismissal of 869 people from the army last year. Evidence against them included connections to the terrorist group’s civilian members, either personally or via phone. Some were married to women who were implicated in a massive exam fraud the terrorist group carried out in 2010 to help its members infiltrate into the public sector. Others were identified through investigations by intelligence officials and based on testimonies of former FETÖ members who were detained in earlier operations. So far, 2,396 members of the army were suspended from their posts on suspicion of FETÖ links. More than 20,000 people were expelled from TSK on suspicion of links to the group since the putsch bid.

In the southern province of Mersin, prosecutors ordered the arrests of seven suspects, all specialist sergeants, for links to FETÖ handlers in charge of military infiltrators. Suspects were captured in Mersin and Kahramanmaraş, another southern province.

In other operations targeting “civilian” members of the terrorist group, two academics were arrested in northern province of Samsun. They were wanted in an investigation in northwestern province of Edirne. Both were working at Faculty of Law at Ondokuzmayıs University in Samsun. Suspects were linked to a secret cell of the terrorist group in charge of infiltrators in the judiciary. They are also charged with a FETÖ-linked fraud that involved leaking questions and answers to an exam for civil servant recruitment.

Another operation, against terrorist group’s network of infiltrators at Ministry of National Education, netted eight out of 13 suspects. Suspects were mostly teachers, including five still working at schools across Turkey. Prosecutors in the capital Ankara had ordered arrest warrants for suspects for their links to the group, as well as their use of Bylock, an encrypted messaging app developed and exclusively used by FETÖ members.

Tens of thousands of people were detained or arrested in Turkey since the 2016 coup attempt by the group that killed 251 people and injured nearly 2,200 others. Senior figures of FETÖ fled the country before and after the attempt while authorities believe that some members, particularly infiltrators in the army, managed to disguise their ties to FETÖ and still serve in the army.

In the meantime, members of the group increasingly seek to leave the country as operations held almost on a daily basis cornered FETÖ. On Tuesday, four suspects arranging group members' escape abroad were detained by the Ankara police. Three among them were former police officers.

Suspects are accused of aiding suspected members of the group who were expelled from public sector and helped them to illegally travel abroad. Investigators say they supplied cash to disgraced civil servants who were associated with the terrorist group, as well as cellphones and phone numbers bought on behalf of foreigners, to avoid their detection while communicating with each other. They also said that the suspects occasionally organized secret meetings with former police officers tied to FETÖ and sought to persuade them not to sever ties with the terrorist group despite investigations they faced. Investigators now trace how suspects obtained large amount of cash they delivered to other members.

Most FETÖ members opt for the Greece route to flee Turkey. In the past three years, over 8,000 members of the group crossed into the country’s western neighbor. Ankara earlier criticized the country for ignoring calls for international cooperation against the terrorist group. Greece is also accused of providing a safe haven for terrorists who have committed crimes against Turkish citizens, including members of other terrorist groups.