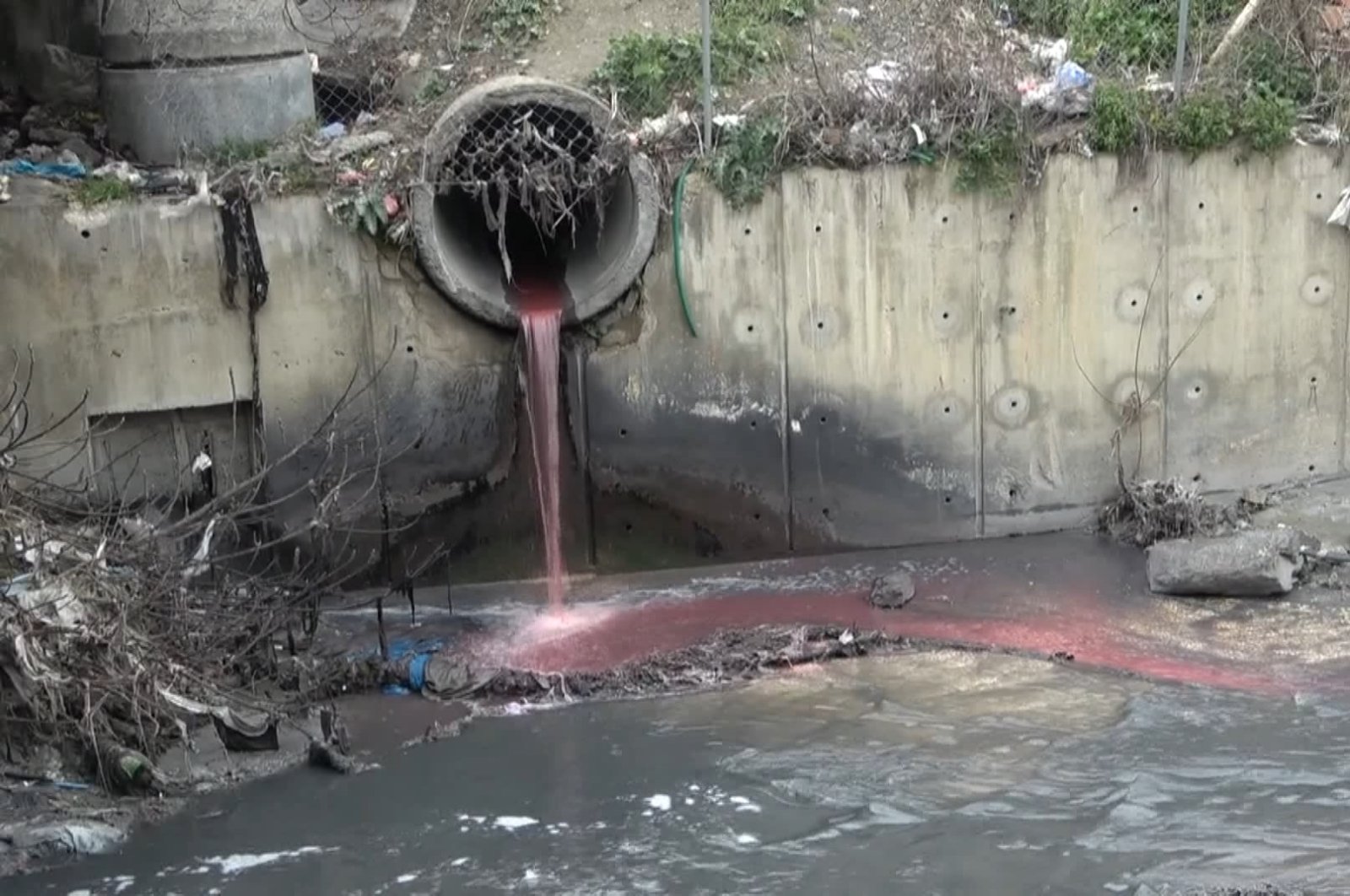 A creek in Istanbul’s Esenyurt district flows in a different color every day due to an alarming level of pollution. The creek flowed blue on Tuesday, green on Wednesday, red on Thursday and black on Friday, reports said.

Environmental engineer Mustafa Öztürk told Demirören News Agency (DHA) that the change in water color in the Haramidere neighborhood of Esenyurt indicates a serious problem for human health and the river’s ecology, as he urged authorities to take samples from the water and factories around the area.

“These chemical streams seriously harm the ecological balance, causing the death of all fish species. They also have long-term effects. At the same time, when chemicals reach the seas via streams, they can cause serious pollution and damage in the marine ecology,” he said.

Emphasizing that river pollution should be monitored by drones and satellite monitoring, Öztürk said dye factories nearby may be behind the reason for pollution. The second reason might be the liquid dye wastes illegally dumped into the river by tankers, he noted.

Öztürk also pointed that there is an unpleasant odor coming from the rivers, as he urged the residents living in the vicinity to undergo a medical checkup.

Sometimes, the color of seas, lakes and rivers change due to different reasons, including climate change, pollution, or the marine ecosystem.

Last year, when Istanbul’s famed Golden Horn changed color, the municipality claimed an “algae bloom” is responsible for the unusual color. However, some were under the impression that the municipality has not been cleaning it up.

Also, last August, Lake Küçük in the middle of central Anatolia's arid plains in Konya dried up due to climate change and poor management of groundwater, turning the waters of the lake into a shade of candy pink due to rapidly multiplying bacteria.