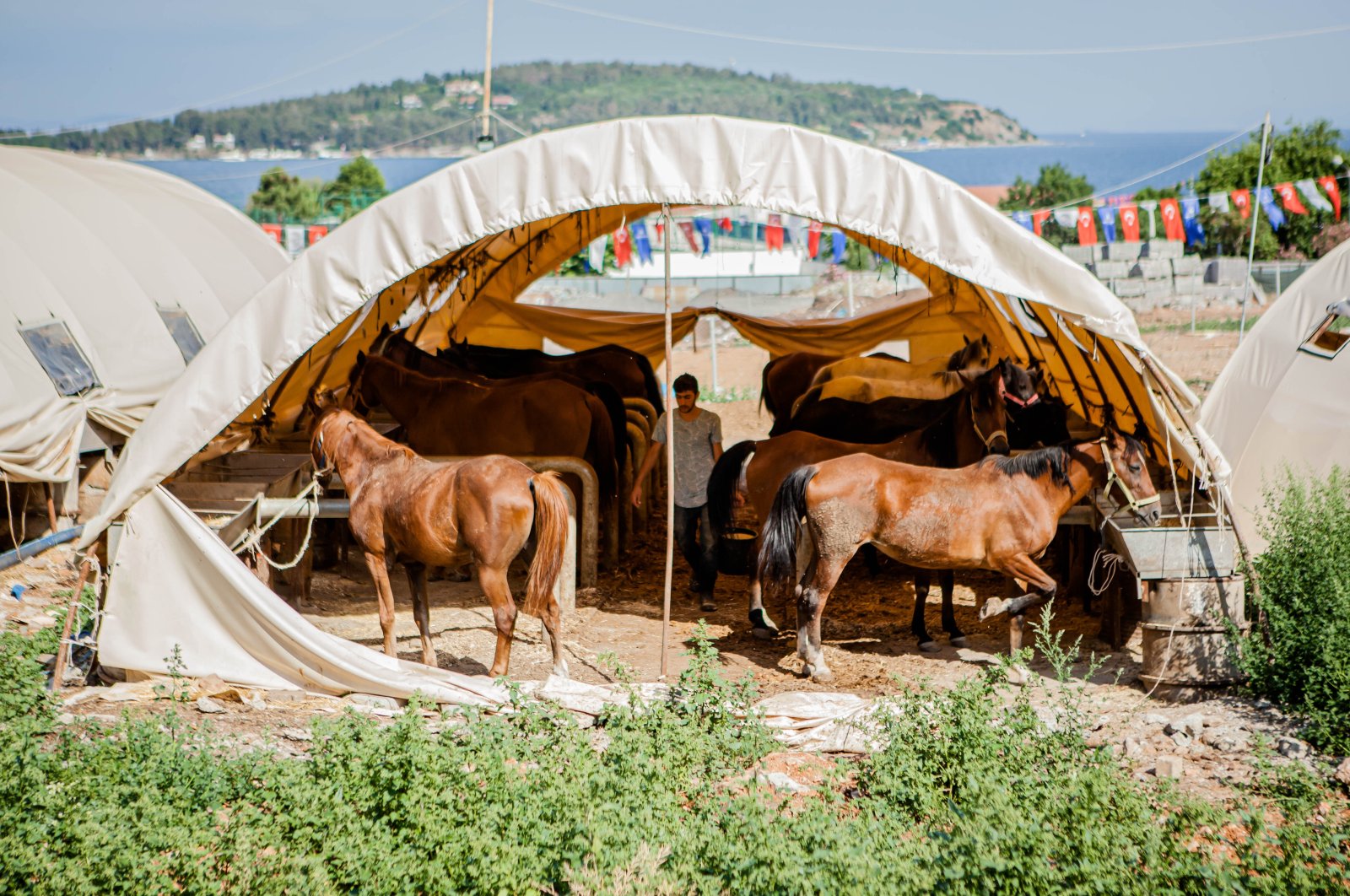 Horses saved from pulling carriages on Istanbul’s Princes’ Islands have triggered a new scandal years later. Investigations have revealed that the animals, sent all across Turkey by Istanbul Metropolitan Municipality (IBB), disappeared. IBB and the municipalities they delivered the animals to have come under fire, while new reports show that some of the horses may have been secretly smuggled into or sold to Iraq. Animal rights activists, in the meantime, are questioning the state of the remaining horses on the islands which are reportedly kept in unsanitary conditions.

IBB delivered the horses to several municipalities across the country after a ban on horse-drawn carriages was enacted on the city’s Princes’ Islands in 2019.

The issue of the horses, which has been discussed for more than two years, received renewed attention thanks to a statement from Justice and Development Party's (AK Party) Deputy Head Cahit Altunay on May 1.

Altunay, who is also responsible for Environment, City and Cultural Affairs, criticized IBB for its poor management of the process in a meeting on May 1.

He said after the horse-drawn carriage ban IBB demanded to take over the process of rehabilitating and transferring the horses to their new homes, which was the duty of the Istanbul Provincial Directorate of Agriculture and Forestry and was going well. Soon after, the shipments of horses stopped and the whereabouts of 978 horses remain unknown.

In response, IBB in a written statement on their official website claimed that the horses, which were transferred to public institutions and organizations free of charge, are now the responsibility of the relevant bodies and that IBB no longer holds any responsibility.

However, animal rights activists are not on the same side as IBB, whose treatment of the horses has outraged them and led to protests lasting for more than two years.

The volunteers of the Horses of Princes' Islands Platform called on the authorities to investigate the situation, stating Wednesday that they were worried about the fate of 860 horses sent to different provinces and 114 horses in stables on one of the Princes' Islands.

Speaking to Anadolu Agency (AA), Zeynep Alper, a volunteer from the Horses of Princes' Islands Platform, said that as a result of imprisonment the horses are dying.

"Unfortunately, IBB is still trying to mislead the public instead of improving the conditions of the horses, freeing the horses that it has imprisoned and tracing the lost horses," she said.

Alper and other volunteers accused Istanbul Metropolitan Mayor Ekrem Imamoğlu and IBB of lying. "Imamoğlu is not telling the truth. He says, 'Horses are happy,' but in fact, they are imprisoned. He says, 'We are taking good care' but they never even take the horses out. He says, 'Everyone can visit the stable' but they do not allow us to enter them," she said.

Melis Yılmaz, another volunteer from the platform, pointed to the Dörtyol municipality scandal. She said the process was not sufficiently supervised and therefore IBB is guilty. Yılmaz addressed the authorities by saying:

"The horses are being transferred since June 2020. We learned from the Dörtyol municipality scandal that the horses are being handed over to a third party, we announced this but no one cares. We have been demanding answers for months but the only time the parties offer an explanation is when the issue becomes a political controversy. They are not transparent and do not take into account the warnings of those who have been closely following the case of the horses. Imamoğlu said he would carry out follow-up inspections of the horses in their new homes. He should have made these inspections and explained where the horses are now and how many are alive."

One of the claims made in the investigations during the Dörtyol municipality scandal was that the horses whose microchips were extracted in Adana were first sold to Şırnak and then to Northern Iraq. Therefore, the investigation was carried out in Adana, Şırnak and other border provinces.

However, there is still no clear information about the horses and the investigation is an ongoing process.