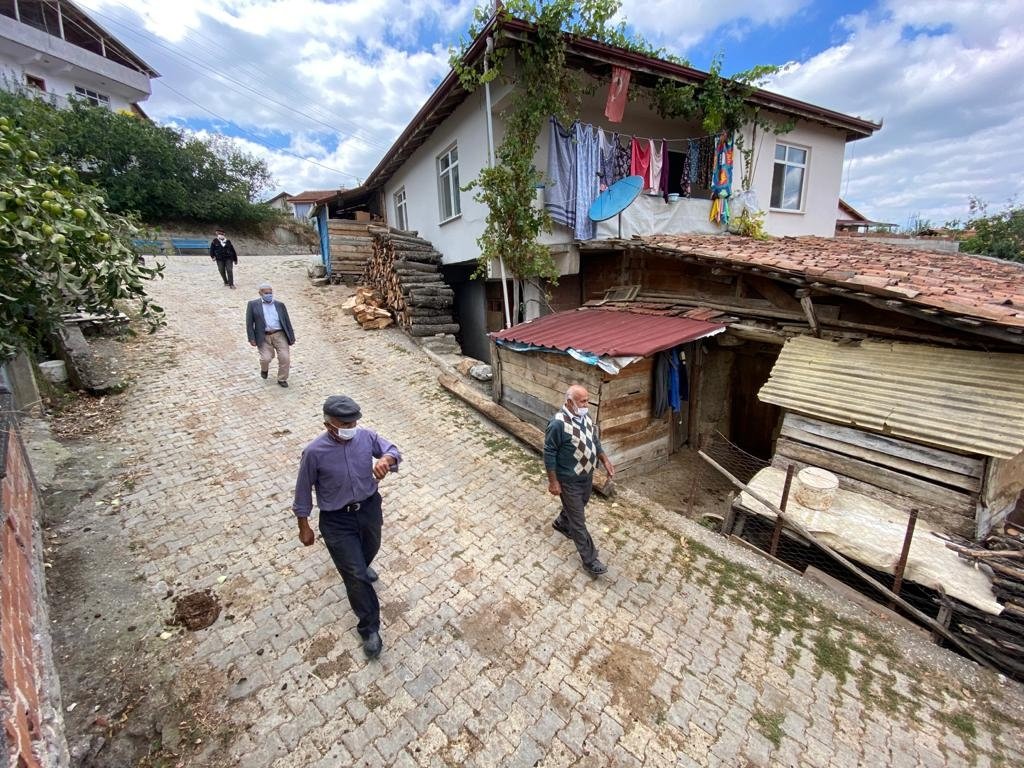 Updated figures from the Health Ministry for the second week of October show a rise in coronavirus cases in 56 provinces, though the country managed to bring the daily number of cases below 27,000

The COVID-19 pandemic remains a dire threat to public health in Turkey even amid mass vaccination. After struggling with high daily case numbers for weeks, the country has finally brought them below 27,000. Yet, the Health Ministry's latest figures for the week between Oct. 9 and Oct. 15 paint a grim picture. Figures show the number of provinces with more than 200 cases per 100,000 people rose to 56 from 51 as the pandemic continues to rage in all 81 provinces.

Kastamonu and Zonguldak, two northern provinces, topped the list, with over 700 cases per 100,000 people. In northern Turkey concentrated clusters of cases have emerged, with the neighboring provinces of Karabük and Düzce also reporting above 500 cases. Zonguldak and Kastamonu have had an average of 500 cases per 100,000 in the weeks preceding the latest period. Overall, provinces in the Black Sea region have long dominated the list of places with the highest number of cases but this increase has long been confined to central and eastern parts of the region. The rise was particularly dramatic in Karabük, which was 12th on the list of provinces with the highest number of cases earlier but rose to the third spot between Oct. 9 and Oct. 15. Ordu and Samsun are among other Black Sea provinces reporting between 400 and 500 weekly cases.

Bursa is the only heavily populated province with case numbers above 400. Istanbul, the most crowded city in the country, had 292 cases per 100,000, while the capital Ankara had 374 cases. Izmir, the third biggest province, was the only one to report a relatively low number of cases, just 47.

The country significantly decreased its cases earlier this summer, following a 17-day COVID-19 lockdown that came ahead of a normalization process that lifted almost all pandemic-related restrictions. In parallel with the new process, authorities expanded the vaccination program viewed as the only way to curb the pandemic. More age groups were included in the program and awareness campaigns helped the public further embrace it. Still, vaccine hesitancy prevails in the country, which has been combating the pandemic since March 2020. Experts say the unvaccinated, those ignoring the mask mandate and those not adhering to social distancing and hygiene rules due to a false comfort brought by normalization, endanger the progress made against the pandemic. In the past two months, the number of daily cases steadily climbed up, reaching and sometimes exceeding 30,000, with daily fatalities surpassing 200. Another factor behind the surge are new, fast-spreading, deadlier variants of the virus, namely the delta variant and delta plus.

Unvaccinated people make up the majority of coronavirus cases. Though the vaccinated are infected as well, they mostly recover with mild symptoms, health authorities say. Nevertheless, professor Murat Duman, head of the Children’s Emergency Medicine and Intensive Care Association, warns of a rise in coronavirus cases among children. Duman says there was around a 15% “positive test” rate among children admitted to emergency rooms in the country, a substantial rise compared to last year. Speaking at an event in the southern province of Antalya, Duman said child COVID-19 cases increased after the delta variant emerged in Turkey. He added that their association collected data on child patients and found that the rate of children admitted to intensive care before the delta variant stood at just 1%, with the majority of patients suffering from chronic illnesses.

Duman said Turkey was facing a new front in the pandemic battle with the onset of “influenza season.” “Children at the age of 12 and above should be vaccinated. We expect a decline in cases with the vaccination of school-age children,” he said. Currently, children between the ages of 12 and 15 are eligible for vaccination if they have at least one chronic illness. Children aged 15 and above are eligible for vaccination regardless of their health condition.

Besides the ongoing cases, the coronavirus remains a lingering threat for those who have recovered. In "long COVID-19," as it is called, being in a weakened position post-disease triggers new health problems for money, even months after recovery. However, data from centers monitoring recovered patients gives hope to others. Figures from the country’s first COVID-19 Monitoring Center, which was established in the capital Ankara, show improvement in the health conditions of former patients.

The center, set up in December 2020, has been regularly examining recovered coronavirus patients and discovered that the most common complaint among “long COVID-19” sufferers was breathing problems. Dr. Canan Emiroğlu, an expert at the center, told Ihlas News Agency (IHA) on Sunday that other common complaints include muscle and joint pains, hair loss and loss of smell and taste. “Patients are being monitored for two years, in periods divided into months, one month, three months and six months after recovery. They are admitted here on a voluntary basis but we have seen a fine turnout. One-third of the patients stopped visiting us as their (long COVID-19) symptoms disappeared. Others showed significant improvement,” she said.

She said breathing problems were most commonly reported among COVID-19 patients who suffered from a more severe case of infection.