‘Super donors’ could be key against COVID-19 variants, expert says 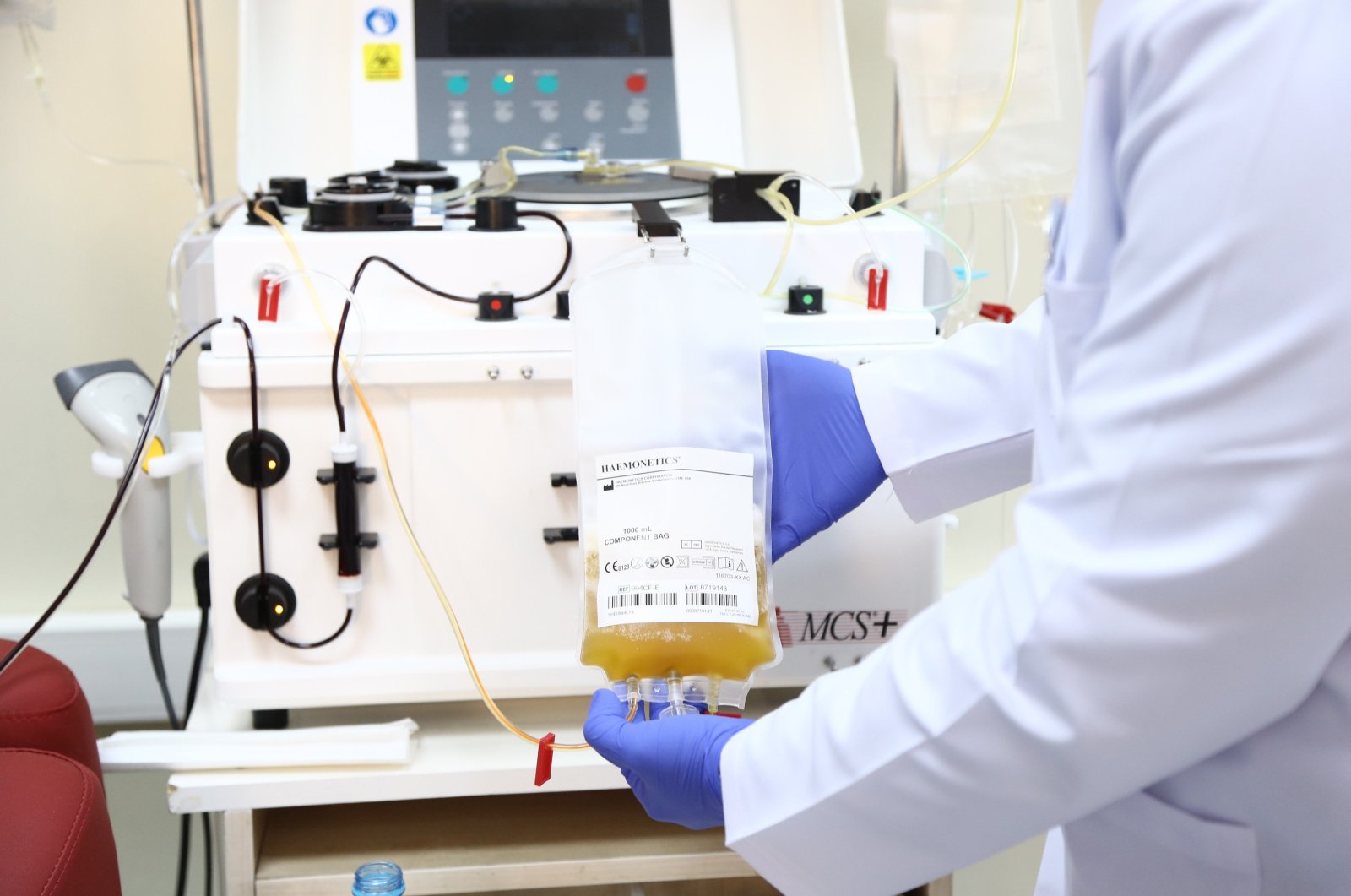 Since the beginning of the coronavirus pandemic, people who have recovered from COVID-19 have been a source of hope, not because they outlasted the virus but because of the antibodies in their blood.

At a time when the slew of coronavirus vaccines approved today was still in the initial phases of being researched, plasma therapy was the best option available after drug treatment.

Doctors and researchers hoped by transferring the antibodies from a patient who had recovered from COVID-19 with plasma therapy, the immune system of a patient still suffering from the disease could be boosted.

Turkey first began testing plasma therapy to help COVID-19 patients back in April and the authorities called it a complementary treatment instead of a conventional one.

The jury is still out on the effectiveness of the treatment and its impact on recovery rates, but one expert believes it could be key to combatting the new and more contagious variants popping up around the world.

Speaking to Anadolu Agency (AA), professor Mehmet Ali Erkurt at Inönü University said plasma donations from patients who recovered from mutant variants could help in the fight against the new strains.

"If mutated strains spread out of control, we can gather plasma from those who contracted these news strains and have since recovered. We have already been using plasma therapy in our fight against the coronavirus.

Right now, countries across the world are struggling to contain at least three new major strains that are confirmed to be either deadlier or more contagious.

The Britain variant, which is known as VOC 202012/01 and has proven to transmit more easily than previous variants of the virus, has spread to at least 70 countries as of late January according to World Health Organization (WHO).

The WHO also said the variant of the virus first found in South Africa had now spread to 31 countries. Also known as 501Y.V2, the particular mutation is confirmed to be more resistant to "antibody neutralization."

Lastly, the P1 strain first spotted in Brazil, which is suspected to be more contagious or cause more severe disease, is confirmed in at least eight countries.

Erkurt said according to the latest research a patient needs at least 10 times more antibodies in their blood to recover from mutated variants compared to the regular COVID-19.

And he believes a fringe group of recovered patients, which he called "super donors," would be the ultimate weapon.

"The luckiest ones are actually patients who have recovered from the disease and have been since vaccinated. Because once someone recovers from COVID-19 and gets a vaccine, the antibodies in their blood increase anywhere from 50 to 1,000 times, making them "super donors."

"They will have the necessary number of antibodies in their blood to protect them against the variants, and if they donate plasma, their antibody-rich blood will help other patients," Erkurt said.

But Erkurt's so-called "super donors" could prove much rarer than expected, as Turkey currently doesn't allocate any vaccines to people who have been confirmed to recover from COVID-19, prioritizing the jabs to those who have no antibodies in their blood over those who have some.

And with Turkey's vaccination campaign progress so far, for a person to be a "super donor," they have to be 65-year-old or over and recovered from COVID-19 without being registered in the national database.