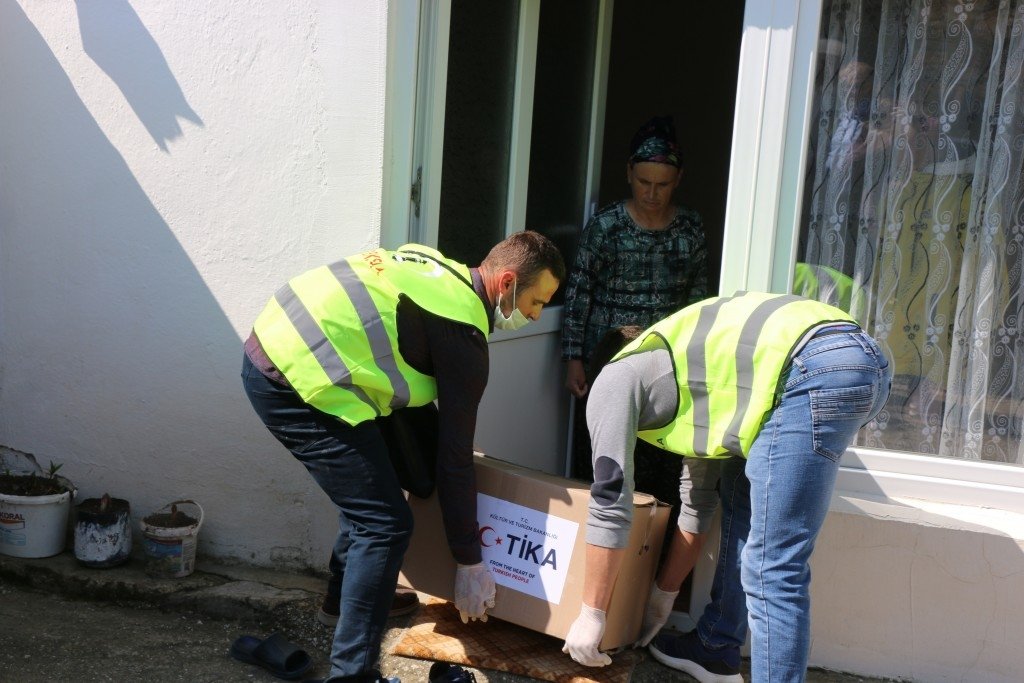 The Turkish Cooperation and Coordination Agency (TIKA), which leads the country’s development aid efforts across the globe, has extended valuable help to North Macedonia through its projects, highlighting the exemplary Turkey-North Macedonia relations. Over the past six years, TIKA has carried out nearly 500 projects in different fields, touching the lives of people in the Balkan country.

The two countries signed a cooperation deal in 2005, which paved the way for the agency’s presence there. Since then, the agency has undertaken efforts in the fields of education and health, worked to improve rural development, strengthen the civil infrastructure and boost social and cultural cooperation.

Turkey and North Macedonia's ties go back to Ottoman times and as is the case with most Balkan nations, Ankara enjoys friendly relations with the country.

TIKA officials consider education key for the development of North Macedonia and have initiated projects for all ethnic groups, including the small Turkish population in the country. In 2012, a primary school bearing the name of Mustafa Kemal Atatürk, founder of the Republic of Turkey, whose parents once lived in the country’s Kodzadzik village, was built by TIKA. With nearly 2,000 students, it became one of the biggest schools built by Turkey in the Balkans. Aiming to build a school in every village with a Turkish minority in the country, TIKA also built a high school in Debar. In Kichevo, it built a kindergarten and has been providing educational materials and scholarships to about 15,000 students in the country since 2006. Overall, it aided in the reparation and construction of 40 schools, while refurbishing and providing educational material for Turkology departments of universities in the country. The agency also organizes Turkish language classes for hundreds of students and trips to Turkey to boost language skills and interaction with the Turkish culture.

In the field of health, TIKA played an active role during the coronavirus pandemic and donated 550 remote temperature checking devices and 750 sanitizer machines to be used at schools. It also provided medical equipment and ambulances for small clinics in rural parts of North Macedonia. In Skopje, it repaired and refurbished a children’s diseases clinic and maternal health ward at a hospital.

The agency also helps businesses and works that contribute to employment. It supports family-run greenhouses. It provided 1,000 family farmers greenhouses in 80 villages. Another 200 families were given equipment and training for beekeeping. It allocated fruit orchards for disadvantaged families, to prevent their migration to big cities and donated more than 10,000 walnut saplings to 308 families.

Other projects by TIKA in the Balkan country include the donation of equipment to public service agencies, reparation of a public buildings and restorations of Ottoman-era buildings.