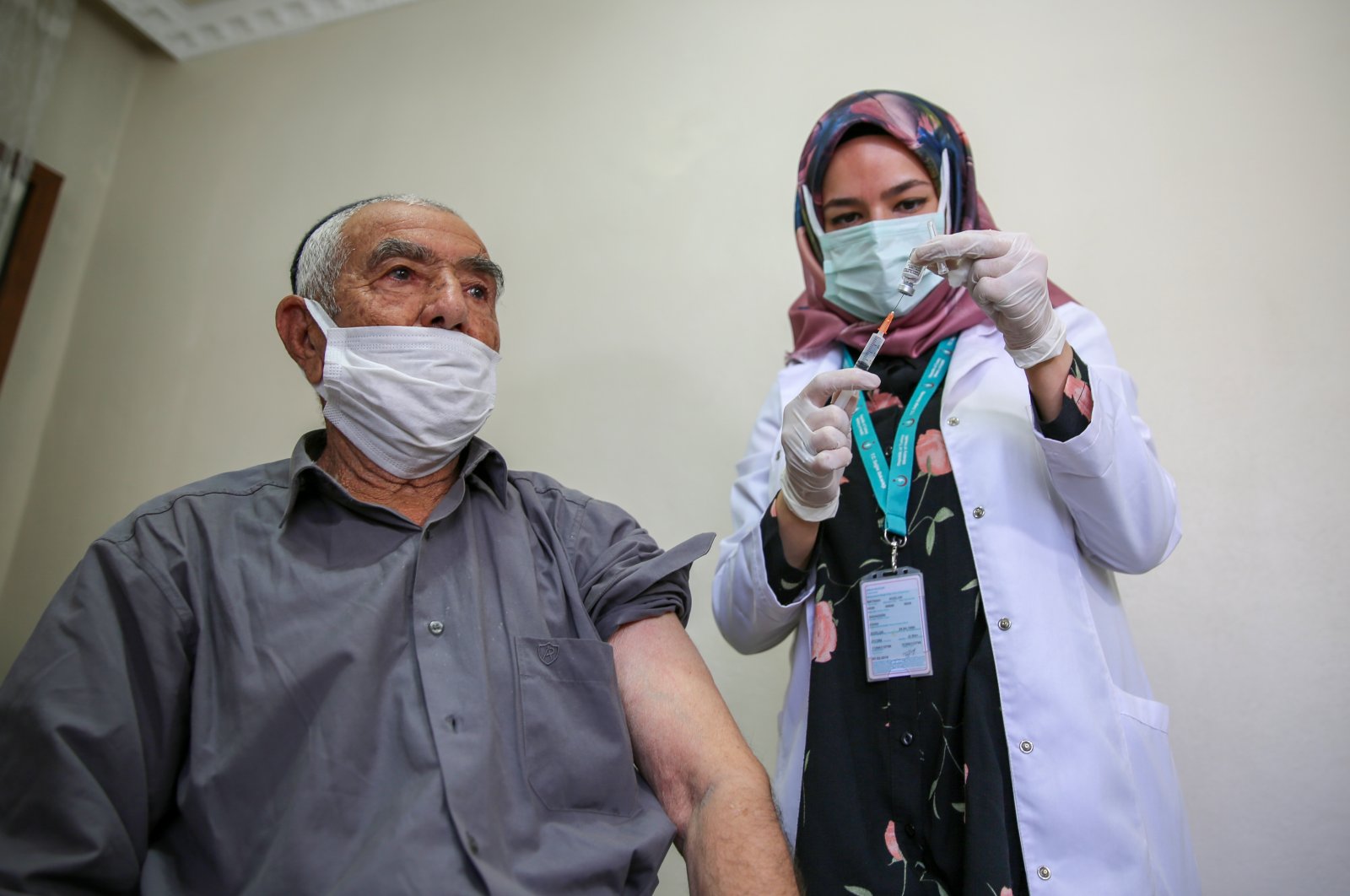 Turkey has passed the 30 million mark in its vaccination campaign against the coronavirus, the Health Ministry announced Friday. Health Minister Fahrettin Koca tweeted that doses equivalent to more than one-third of the country’s population have now been administered, adding that they struck deals with vaccine suppliers for more doses for “three times more than our population.”

Turkey ranks 14th in the world, in terms of the share of people fully vaccinated against COVID-19, or those who have had two doses of vaccine, according to the Our World in Data website, ahead of Mexico, India and Russia. Most recently, it started vaccinating people aged 50 and above, along with teachers and the disabled. Authorities plan to further decrease the age limit to 20 by the end of June. Vaccination is key for achieving mass immunity in the country embattled with coronavirus since March 2020. However, delays in vaccine shipments occasionally slow down the inoculation drive. The Health Ministry currently offers China’s CoronaVac and a Pfizer-BioNTech vaccine while it is in talks with Russia to acquire the Sputnik V vaccine. At least one locally-made vaccine is also expected to be available after trials by the end of 2021.

The country relies on vaccination to further ease coronavirus restrictions, which were partially lifted on June 1, with reduced curfew hours as well as the reopening of schools and some businesses. Though people demonstrated interest in the vaccination, skepticism still prevails. The Health Ministry has deployed “persuasion teams,” health care crews tasked with imparting accurate information about the vaccines to skeptics, visiting them at home and giving jabs to those consenting to shots.

In the meantime, conspiracy theories about the vaccines flourishing on social media are raising concerns. Professor Mehmet Ceyhan, a leading infectious diseases expert, urges the public to trust the vaccines. “A vaccine with a side effect like causing cancer or infertility, a vaccine that may cause death cannot receive approval at all. Health Ministry has a comprehensive side effect tracking system,” Ceyhan assured the public, in response to alleged side effects of vaccines. Ceyhan said allegations that make rounds on social media have no “scientific basis.”

“All vaccines can cause minor side effects, like rash on the injected spot, swelling, fever, fatigue or muscle pain and they can last for a few days but no long-lasting side effect is reported,” he told Anadolu Agency (AA) on Friday. CoronaVac, an inactive vaccine, is less targeted by conspiracy theory peddlers on social media but Pfizer-BioNTech’s messenger RNA (mRNA) vaccine was claimed to be “modifying DNA.” Ceyhan said it was impossible as the vaccine does not enter “inside the cell.” “This is actually not a new technology and because of this, it was developed in a short time. The RNA in question is converted into a messenger and acts as a stimulant for the protein synthesis area inside the cell. RNA can exist in the body for three days at most before the body discharges it. In fact, this discharge caused the failure of development of a vaccine against cancer as this period was not sufficient to improve a protein fighting cancer,” he underlined.

He also added that the infertility claims lacked scientific basis. “If such a technology existed, it would be used by overpopulated countries which pursue birth control policies,” he said.

Ceyhan recommended reluctant people to receive their jabs as soon as possible as there are still a high number of COVID-19 cases in the country. “The pandemic will go away if we can reach a vaccination rate up to 75%,” he added.