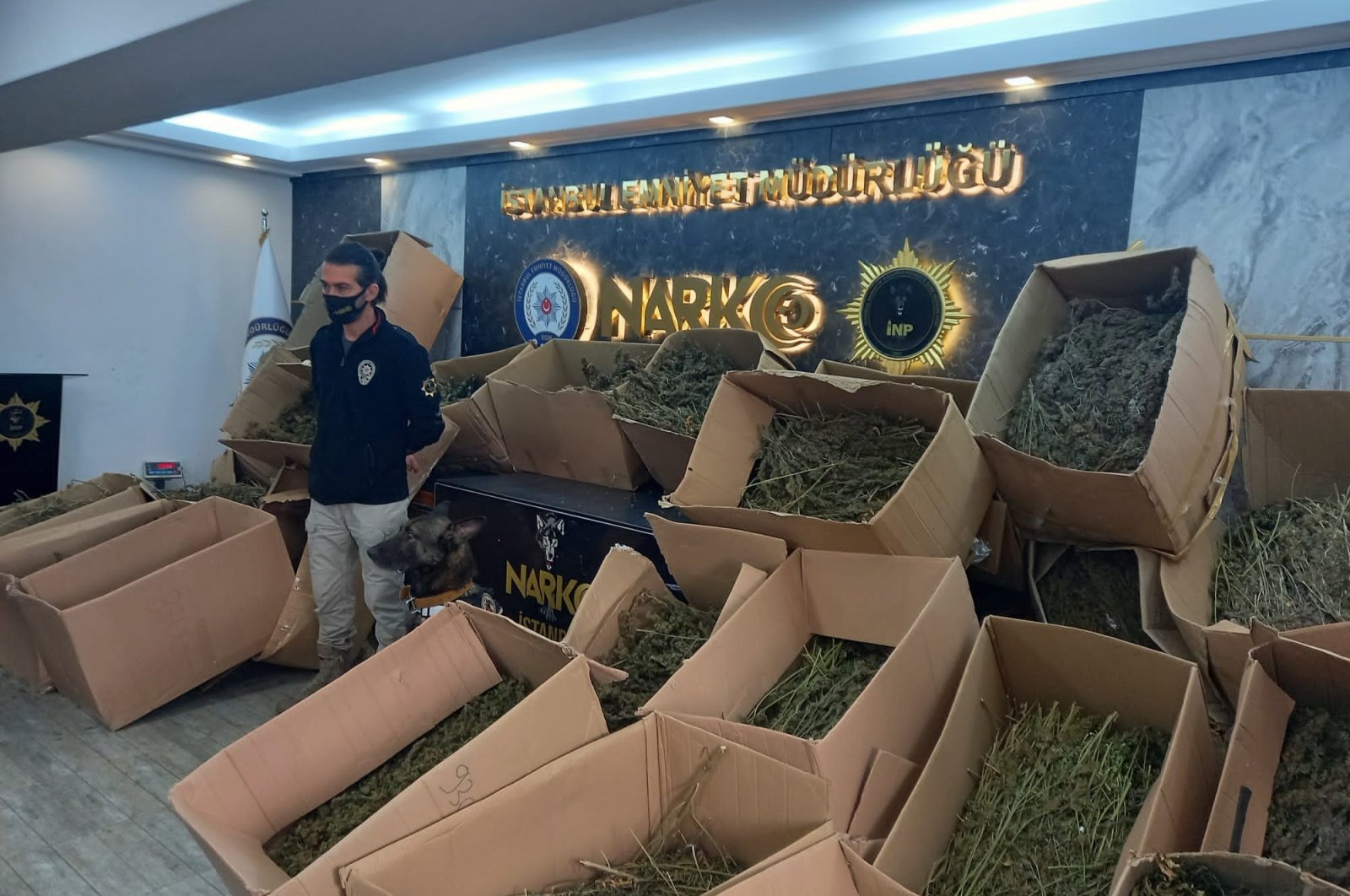 A report by the Interior Ministry for the first 10 months of 2021 demonstrates success in drug busts and in decreasing drug-related deaths.

The report, published by the ministry on Thursday, says security forces seized 16.5 tons of heroin in this period. It also shows a 12% drop in drug-related deaths in the first nine months of 2021. 114 people died of drugs in the nine months, while this number was 314 for entirety of 2020. Last year has seen a record decline of 67% in drug-related deaths compared to previous years.

According to a survey by police, most first-time drug users take up the habit under the influence of close friends and others around them. The majority of them start the habit with marijuana use, according to the results of the survey carried out in 81 provinces in 2020. The country is conducting several projects to curb drug use and smuggling, including with an outreach program for parents of drug users and generous rewards for tip-offs leading to drug seizures.

Turkey is a transit route for drug smugglers operating between Asia and Europe. Drugs from Asia are smuggled into Europe via Turkey while synthetic drugs produced in Europe are being smuggled into Middle East. The country, however, stepped up its efforts to stamp out drug trafficking which terrorist groups and international gangs profit from.

The ministry said more than 170,000 operations were carried out against drug smugglers, peddlers in the first 10 months of 2021 and nearly 20,000 suspects were arrested in the operations. There was a 10% rise in the number of arrests compared to 2020.

Along with heroin, the amount of seized drugs increased in other drug types as well. Figures show a 42% increase in seizures of “skunk” this year so far while “bonzai” seizures rose to 1.7 tons from 1.1 tons in 2020. Skunk is a genetically modified or hybrid strain of cannabis, while bonzai gained popularity in recent years as a cheap synthetic drug. Security forces also scored significant successes in the seizure of drug pills, from Captagon to ecstasy. The number of drug pills captured increased by 175% compared to 2020, rising to more than 5.2 million.