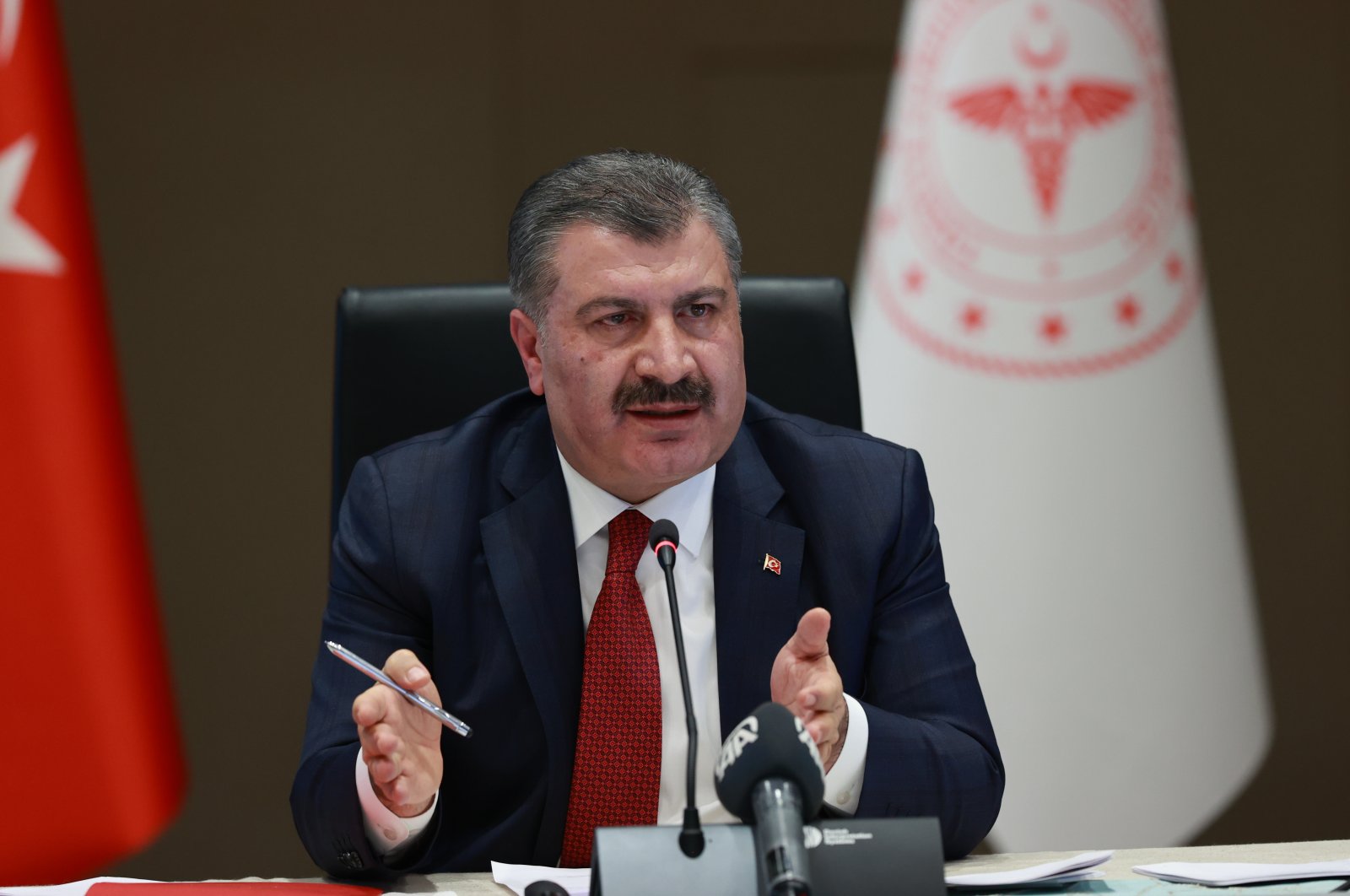 There are more than 40,000 cases of various COVID-19 variants reported in Turkey, Turkish Health Minister Fahrettin Koca said late Wednesday as he asked the public to adhere to preventative measures in wake of normalization period.

Following a Coronavirus Scientific Advisory Committee meeting late Wednesday which he presided, Koca issued a written statement on Twitter, warning that the new virus strains had started to spread faster. "Though this does not affect hospitalization in parallel, it has the potential of (causing) more cases and more patients,” he said.

"Let's protect our limits. You never know when the virus will attack," read Koca's statement. He revealed that there were 41,488 cases of the B.1.1.7, or the British variant, and 61 cases of the South African B.1.351 variant in Turkey, while the New York B.1.427 and the Brazilian P.1 variants were seen in two and one cases respectively.

The last week's data showed that people should be more careful about measures not to cause a rise in case numbers, Koca noted.

“Caution and vaccines are still our best weapons in fight against these more infectious variants,” said Koca and added, “That doesn't mean our weapons are insufficient. However, there are difficulties with both of them.”

Koca stated that there was global struggle in supply of vaccines and there was fatigue among people for measures following a year of restrictions, but “I believe will overcome this together,” he said.

Meanwhile, Turkey on Wednesday reported 14,556 more coronavirus cases, including 814 symptomatic patients, according to the Health Ministry.

The country's case tally stands at 2.82 million, while the nationwide death toll reached 29,227, with 67 fatalities over the past day.

As many as 9,193 more patients in the country won the battle against the virus, with the total number of recoveries passing 2.64 million.

More than 34.54 million coronavirus tests have been conducted in Turkey to date, with 145,130 since Tuesday.

The latest figures show that the number of COVID-19 patients in critical condition stands at 1,309.

So far, more than 10.41 million vaccines, including over 7.77 million first dose and more than 2.63 million second dose jabs, have been administered across Turkey, according to the official figures.

On Jan. 14, Turkey began a mass COVID-19 vaccination campaign, starting with healthcare workers along with top officials to encourage public confidence in the vaccines.

On March 1, President Recep Tayyip Erdoğan announced the easing of coronavirus restrictions based on circumstances in individual provinces.

Since last December, Turkey has been implementing curfew on weeknights.

Worldwide, the pandemic has claimed more than 2.61 million lives in 192 countries and regions out of 117.81 million reported cases with recoveries exceeding 66.75 million, since December 2019, according to figures compiled by the US' Johns Hopkins University.

The US, India, and Brazil remain the worst-hit countries in terms of cases.