Turkey hopes for outbreak slowdown in May amid rise in cases 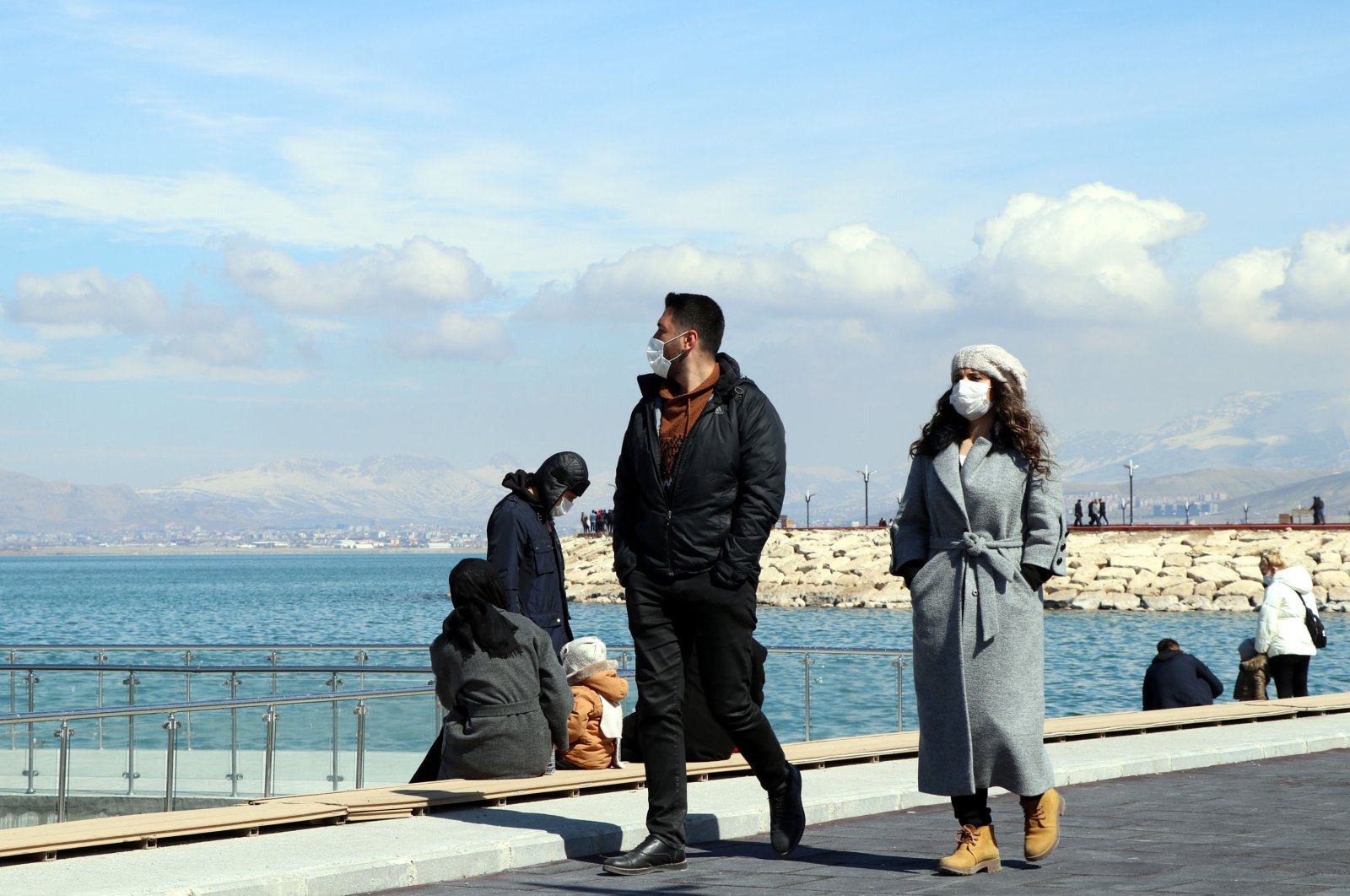 Since coronavirus cases have failed to drop below 13,000 daily, authorities believe warm weather in May, rising immunity and the vaccination drive will help decrease the speed of the outbreak that month

After strict measures, Turkey managed to bring the COVID-19 outbreak under control by the beginning of summer 2020. In the second summer under the shadow of the deadly disease, good news may be in store for the country. Current projections give an optimistic outlook for Turkey, at least in May, when the increasing temperatures may help to curb infections. The month, which was previously announced as the date when the inoculation figures would reach over 50 million, will likely be a time of higher immunity.

Earlier this month, the country started easing restrictions on a provincial basis, based on low numbers in some provinces. The government vowed not to bring them back unless absolutely necessary. The impact of the “normalization process,” which included an end to Saturday curfews and the reopening of some businesses like restaurants, is yet to be seen fully but so far, daily cases have not fallen below 13,000. They even reached 14,000 last week. Experts tie it to three factors: increased mobility amid normalization, new variants of the virus spreading faster across the country and the public failure to comply with rules as some drop their guard in light of the normalization process. Experts believe that number of daily cases may rise past 20,000 in the coming weeks.

In big cities, including Istanbul and the capital Ankara, daily cases and the rate of positive tests have constantly increased over the past 10 days. The number of people visiting clinics for treatment also increased by 30%. Authorities were worried that the rise in cases will be followed by more people ending up in intensive care. Nevertheless, experts say the rise has not been reflected in hospitalizations as hospital vacancy rates remain high, indicating a change in the severity of the cases. Only patients with severe cases are hospitalized, while those suffering from mild symptoms are isolated at home; however, variants could change this equation in the coming weeks.

Variants also play a role in increasing infections among members of the same households or infections between people from different households who live in close quarters. Contact tracing work shows household infections doubled and even tripled in some places. This new data may end with the reintroduction of restrictions, especially in provinces where risk heightened. Turkey currently follows a color-coded approach in lifting or imposing restrictions by assigning different colors to each of the 81 provinces based on the average number of weekly cases. President Recep Tayyip Erdoğan will convene his Cabinet later on Monday, and he is expected to announce new measures or ease them.

Authorities also consider changes in the color-coded risk system which, along with the number of weekly cases, take the vaccination rate into consideration to determine the level of risk. The risk rate will also be evaluated based on the speed of infections, rate of positive tests, number of tests and rate of hospitalization. They are also weighing alternative options instead of an all-out lockdown particularly for big cities where case numbers change between districts. In low-risk cities with a cluster of cases in specific areas, only those areas would be subject to restrictions, for instance.

Although most restrictions were lifted except in high-risk provinces, measures like mandatory masks and social distancing remain in place. Provinces also impose their own measures to curb the infections.

In Istanbul, country’s most populated city, people are asked for their Life Fits Into Home (HES) code while entering some business venues. The practice, started on Monday, involves customers showing the unique code given by Health Ministry to proprietors and staff, to ensure no person with suspected infection is allowed in. Restaurants and cafes, which work in half capacity and limited hours, already ask for HES but on Monday, it was expanded to coffeehouses, Internet cafes, hairdressers, massage parlours, Turkish baths, theaters and wedding halls.

“We ask for code first and then, direct customers to separate rooms. We regularly wash their towels and each customer is given his or her own towel,” Mustafa Coşkun, an attendant at a historical Turkish bath in the city, told Ihlas News Agency (IHA) on Monday.

Mehmet Cin, a barber in Fatih district, hails the new practice. “This was what we always wanted since HES was introduced, for our health and for our customers’ health,” he says.

The government also enforces tight measures and hands out fines to those violating the rules. The Interior Ministry announced on Monday that 25,372 people were fined for violating curfews between March 8 and March 15. Night-time curfews during the weekdays are the only restriction that has not changed much in the country, while people are allowed to go out on Saturday without restrictions. On Sundays, people are only allowed to go out to local shops.