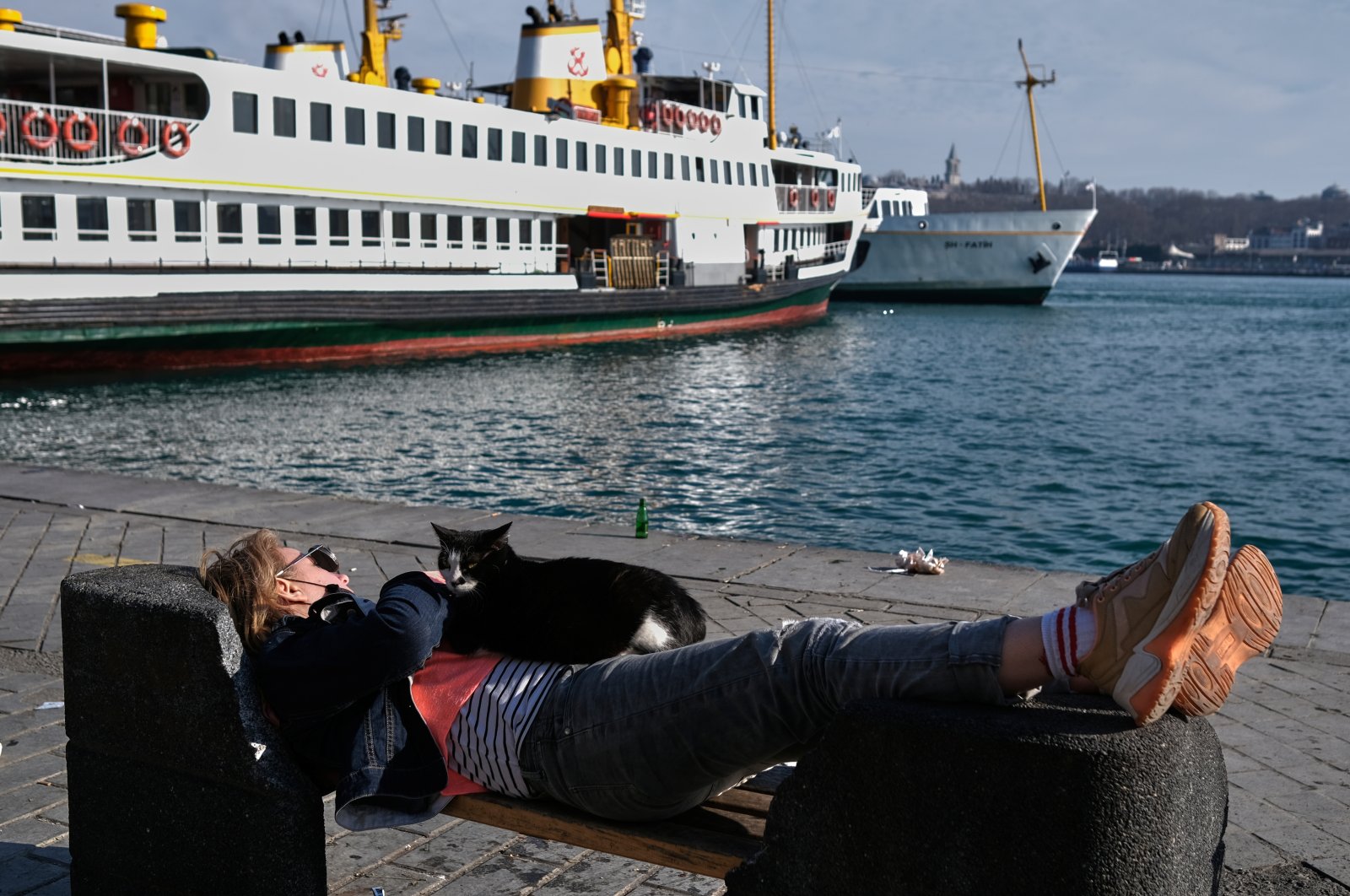 A tourist takes a nap on a bench by the Bosporus during a local Sunday lockdown imposed to slow the rate of the coronavirus contagion in Istanbul, Turkey March 14, 2021. (Reuters Photo)
by Anadolu Agency Mar 21, 2021 7:49 pm
RECOMMENDED

A total of 20,428 cases, including 965 symptomatic patients, were confirmed across the country, the data showed.

The daily figure was slightly less than the 21,061 infections reported on Saturday, which included 958 symptomatic patients.

Turkey’s overall case tally is now over 3 million, while the nationwide death toll has reached 30,061, with 102 more fatalities registered over the past day – seven more than Saturday’s figure.

As many as 17,615 more patients in the country won the battle against the virus, down from 18,815 on Saturday, taking the total number of recoveries past 2.82 million.

More than 36.35 million coronavirus tests have been conducted in Turkey to date, with 189,906 done since Saturday.

The latest figures show that the number of COVID-19 patients in critical condition rose to 1,568 from 1,538 on Saturday.

Since Turkey began a mass COVID-19 vaccination campaign on Jan. 14, it has administered over 13.06 million vaccine jabs, according to official figures.

More than 122.96 million cases have been reported worldwide, with recoveries now over 69.64 million, according to figures compiled by the U.S.' Johns Hopkins University.