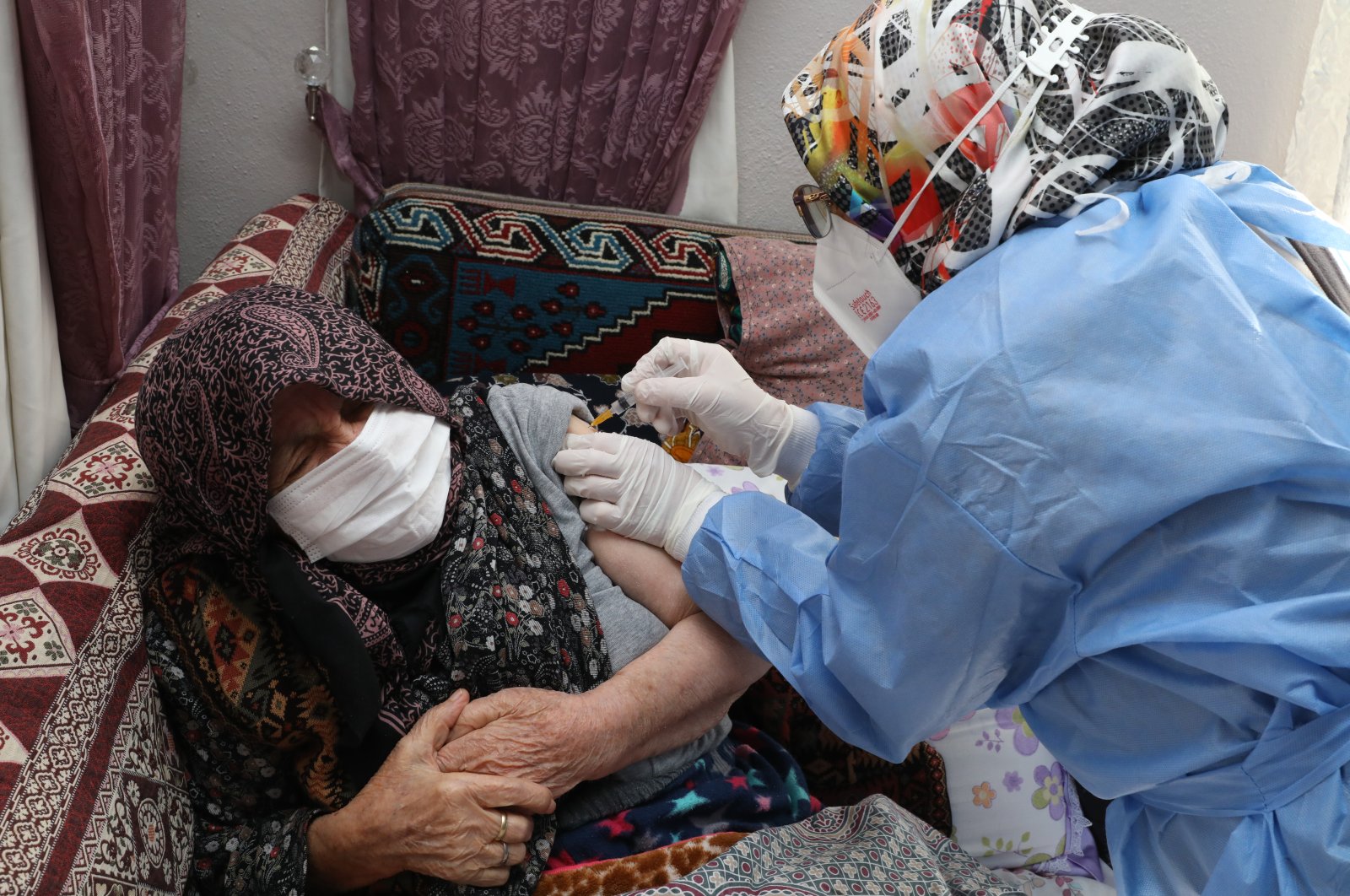 President Recep Tayyip Erdoğan said on Friday that the second shipment of CoronaVac, the inactive vaccine produced by Sinovac, is expected to arrive in Turkey by the weekend.

The shipment will add to the 3 million doses sent to the country last month. A total of 10 million doses is expected to be transported to the country, which started mass vaccination on Jan. 14. Health care workers and the elderly staying in nursing homes, as well as nonagenarians and octogenarians, started getting their first jabs this week. As of Friday, more than 1.1 million people have been vaccinated. A second dose of the vaccine will be administered to those inoculated 28 days after the first dose.

Speaking to reporters after performing Friday prayers in Istanbul’s Üsküdar district, Erdoğan, who was inoculated on Jan. 14 along with several top officials, said Ankara received approval from China for the second shipment and that vaccinations would continue.

Erdoğan also answered questions about the demands of restaurant proprietors seeking to reopen their businesses. “We will discuss the matter in the next meeting of the Cabinet,” the president said. Restaurants and cafes were shut down last November as the country tightened restrictions amid a surge in the number of cases. As the numbers saw a gradual decline in the recent weeks, businesses, which are only allowed to serve takeaway and online orders, sought a solution to mounting financial woes from the government. “There may be a relaxation of restrictions, but we still have concerns. Though (businesses) promise to take all measures, this is not the case all the time. We have a successful process now (in terms of curbing the number of cases), and we do not want to reverse this trend,” the president said.