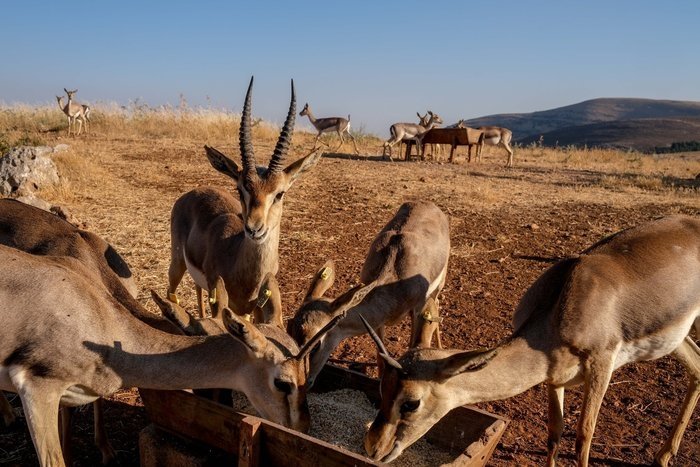 Turkey is eyeing a new action plan to preserve its biodiversity with a focus on endangered species across its rich flora and fauna with a government project launched in cooperation with the European Union, serving as the first step of a comprehensive plan

Lions, tigers, rhinoceros and an unknown number of species once roamed vast lands of Anatolia. They are all gone but the country still hosts a diverse population of animals, as well as a rich trove of plants. The government renewed its efforts to keep the wildlife thriving, with a new project launched on Tuesday by the Ministry of Agriculture and Forestry.

"Endangered Species Project" promoted by Minister Bekir Pakdemirli, constitutes a precursor for a nationwide action plan which seeks to address the challenges to the survival of fauna and flora. This project is being conducted with the support of the European Union's Instrument for Pre-Accession Assistance which allocates funds to countries on several projects.

"Biodiversity is our wealth and we will keep this wealth alive," Pakdemirli said at the launch of the project in the capital Ankara.

Some 100 species that are endangered or nearly endangered are under protection across the country along with a variety of animals and plants that were thought to be extinct or on the verge of extinction, such as the famed Anatolian leopard, which was claimed to have been photographed recently in the wild.

Across the world, some 40% of plant species became extinct in the last century, Pakdemirli noted, adding that the overall animal population dropped by 68% in the past five decades. "Some 1 million species are at risk because of climate change and damage to their habitat. Preserving endangered species, collecting data about them and ensuring their survival is not an option but debt to future generations," he said.

The official numbers show that Turkey is home to 13,409 plant and animal species. Climate crisis threatens to disrupt the ecosystem, as changing temperatures force animals to migrate and affects plants struggling to adapt to new, unfavorable conditions. As a result of the increasing population, urban development also presents a challenge for wildlife whose habitats are being encroached on by humans. In recent years, international bio-smuggling, increasing with time, added to the woes of species, with smugglers targeting both plants and animals, hunting down the valuable plants and animals used in several industries.

Although the fallout of global warming looms over it, Turkey's rich array of climates, from the Mediterranean to the Black Sea, still remain favorable for different species. Turkey, situated between Europe and Asia, is almost "like a continent" in this context, Pakdemirli said, adding that the two most important migration routes in the world for birds were in Turkish territories.

"We increased the number of areas of preservation from 168 to 628 in the past 19 years. Today, we have 46 national parks and 259 nature parks. We are working both to ensure public connection to nature and promote nature tourism while preserving these areas. We invested some $126 million (TL 1.8 billion) in the same period for nature protection and areas of preservation," he noted.

Pakdemirli said they completed the work on preparing an inventory for all species, for a biodiversity database called Noah's Ark and Turkish researchers have discovered new species as well during the inventory preparation. "We will accelerate our efforts. Currently, we are monitoring 331 flora, 229 fauna and 276 zones designated as exclusive habitats of several species," he added.

The minister gave examples of preservation efforts being pursued by Turkey, such as breeding 225 wild animals this year alone in 13 wildlife breeding stations across the country and releasing 105,000 birds into nature from game preservers.

"Turkey hosts 85 wildlife development areas where species like Anatolian wild sheep, gazelles and bald ibis are under protection. Our preservation plans for 100 species include white lily endemic to Izmir to bald ibis and striped hyena in Şanlıurfa, Caucasus viper in Artvin, Eber legume in Afyon, Dalmatian pelican and Trojan snowdrop."