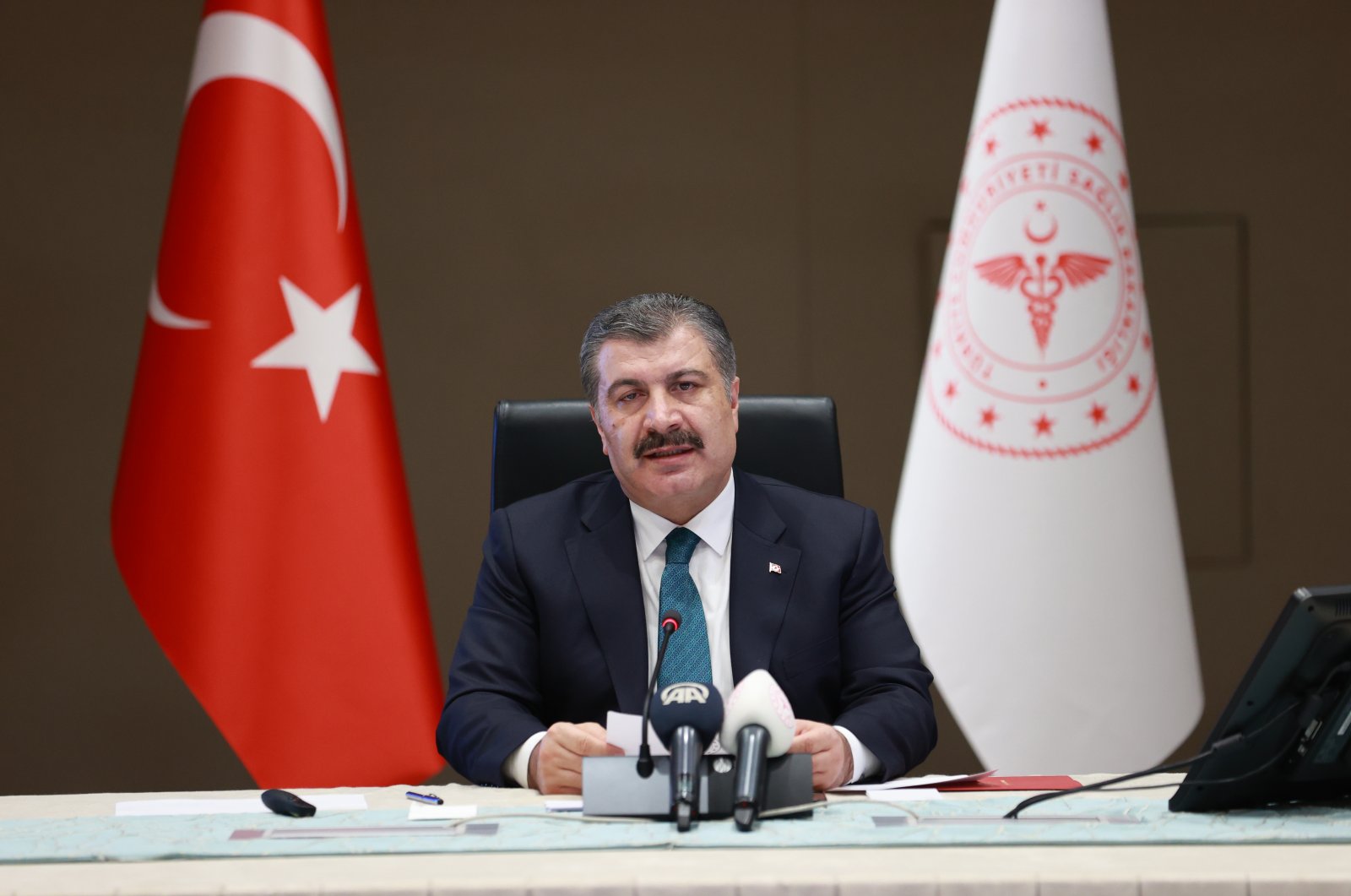 Turkey will further expand its mass vaccination campaign against COVID-19 to include all adult citizens, Health Minister Fahrettin Koca stated in a press conference late Wednesday.

"Turkey will start inoculating everyone aged 18 and above, starting this Friday," he said after a Coronavirus Scientific Advisory Board meeting in Ankara.

Koca also said Turkey aims to vaccinate 55 million people with at least one shot by mid-July.

Meanwhile, Turkey's expedited vaccination drive continues. It administered nearly a million shots in the last 24 hours, according to the latest figures.

More than 29.92 million people have received their first doses, while nearly 14.65 million are fully vaccinated, the Health Ministry said.

Turkey has administered nearly 44.6 million doses during its inoculation campaign that kicked off in January 2021 and has exceeded the vaccination numbers of most countries. After combating vaccine hesitancy and delays in vaccine imports, it went on to break daily vaccination records, surpassing 1 million per day over the past two weeks. Between May 30 and June 6, a total of 1.8 million people were vaccinated across the country, while this number reached 7.7 million over June 14-20. On June 17, it broke a record with more than 1.5 million jabs administered in one day.

The numbers are a result of the Health Ministry’s inclusion of new groups in the campaign, almost on a daily basis. Though the campaign began with a focus on age, with the oldest citizens vaccinated first, it expanded into occupational groups regardless of age this summer, from teachers to factory workers. Venues were also diversified and the public can now have their jabs in factories, in the fields and orchards where they work or, as in some cities, at malls or tents set up at busy squares.

The Ministry of Health also confirmed 5,809 new coronavirus cases, including 565 symptomatic patients. The number of new cases on Tuesday stood at 6,143.

Turkey's overall case tally is now over 5.38 million, while the nationwide death toll has reached 49,358 with 65 new fatalities.

As many as 5,917 more patients won the battle against the virus, taking the number of recoveries to nearly 5.25 million.

Over 59.22 million coronavirus tests have been done to date.

The latest figures put the number of COVID-19 patients in critical condition at 763.

Amid a nationwide fall in COVID-19 cases, Turkey is set to lift all restrictions, which include nighttime curfews and total lockdown on Sundays, as of July 1.

On June 1, the country eased some measures following a 17-day strict lockdown.

Since December 2019, the pandemic has claimed over 3.88 million lives in 192 countries and regions, with more than 179.28 million cases reported worldwide, according to the U.S.-based Johns Hopkins University.